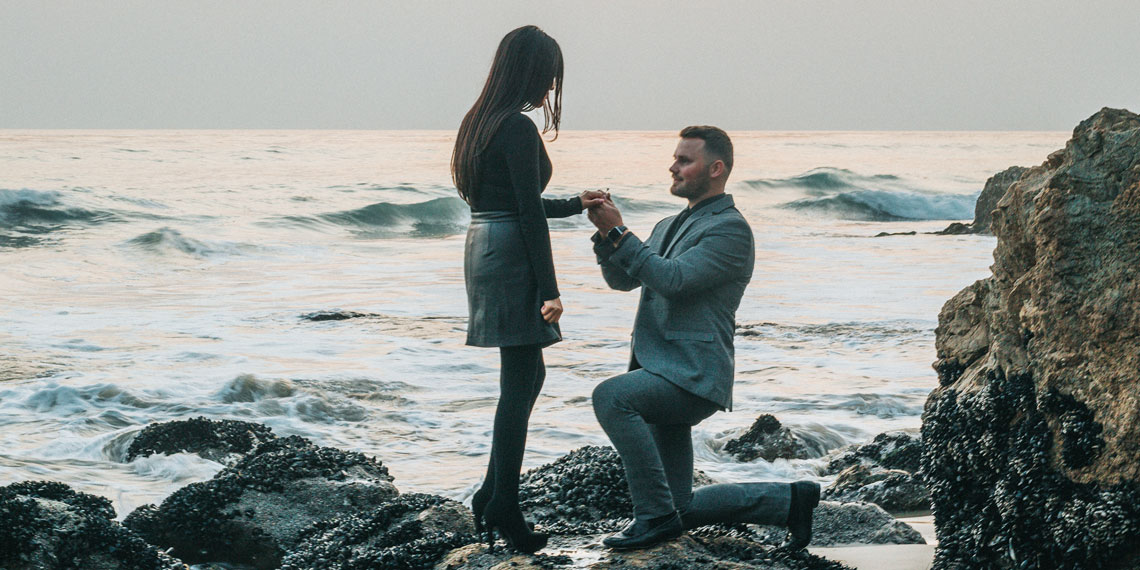 A marriage proposal is (I assume) a stressful thing. Beyond the fear of being rejected, there’s the pressure to make it a Big Memorable Moment. This past week, one couple went a hair too far in their pursuit of an epic proposal—ending in a 911 call and paramedics being involved. Read on for a point-by-point guide on how NOT to stage your proposal. IDGAF how good that “top of the mountain” Insta sounds to you.

This fairytale romance f*cking disaster started with the couple, Joshua Mason (27) and Katie Davis (28), flying to Denver for an eight-mile hike. Seems like a trip I’d break up with someone for booking, but k. Apparently, Mason wanted a “scenic location ‘away from any other people’ to propose,” a quote that ultimately makes me happy this story doesn’t end with Davis being murdered in the woods. Once they reached the spot he had in mind—on a nearly 13,000 foot summit, because why TF not—Mason got down on one knee, and Davis said yes.

At this point, things unraveled at an alarming rate. They’d gotten a late start, and it was starting to get dark. They had no equipment or water for an overnight stay, no cell service because they were on the top of a mountain, and no idea where they were. And this, my friends, is the exact reason I will never go camping. Also, never mind how pissed I would be that my boyfriend planned a proposal at the end of an elaborate hike—he also didn’t know how to get home or bring enough water?? If you’re going to drag someone to a secluded cliff to get the proposal you dreamed of, the very least you can do is have an exit strategy, MASON.

Luckily, another hiker found these two geniuses and brought them to a nearby camping ground. Since the couple was showing signs of altitude sickness and dehydration (is this what you always dreamed of, Mason? Is it just what you hoped it would be?), another camper hiked even further to get cell service and called 911. Side note that I am super uncomfortable with how far away they were from cell service. Like, not just one hike, but SEVERAL hikes. Why is that even legal?? Paramedics got to the couple at 4:30am and immediately moved them to a lower altitude to recover. They got back to the trail head around 6:30, at which point “Mason acknowledged that he did not allow enough time to complete the hike before dark, and they did not carry enough water or food.” Yeah, no sh*t.

Anyway, the takeaway here is pretty simple. Hiking is terrible Don’t stage your proposal somewhere that requires equipment to survive, and for god’s sake, do it somewhere with cell service. I wish a lifetime of happiness to Mason and Davis—a lifetime that, thankfully, was not cut short due to this bro’s inability to plan.