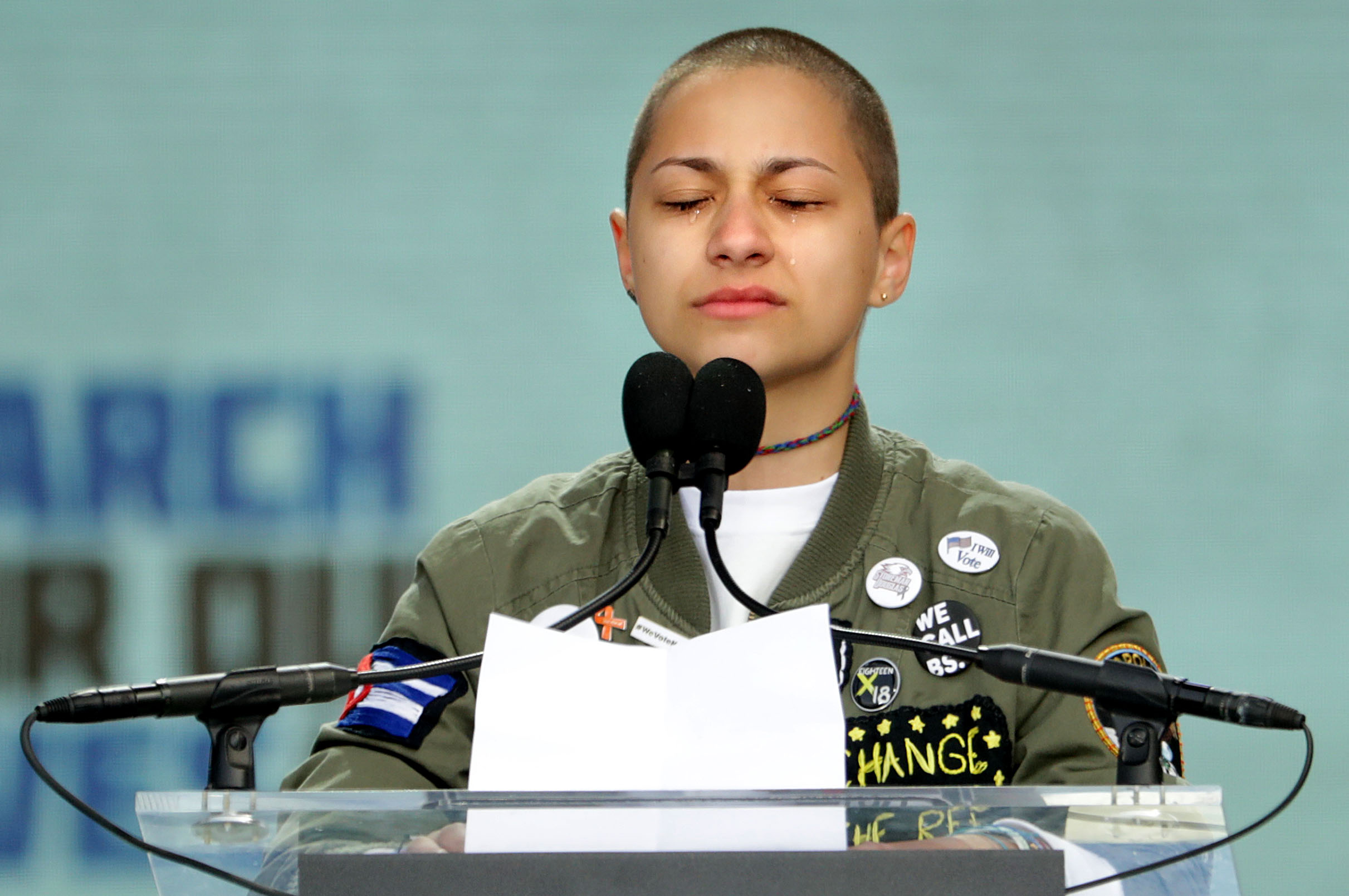 5 Pieces Of Fake News Being Spread About The Parkland Kids

You know you’re doing something right when conservatives are spewing lies to try and drag your reputation online. (Melania, come quick! People are using the internet to bully!) In what has become a national past time for the alt-right, a bunch of conservative wackos are attacking teen survivors of the Parkland shooting by spreading fake news, videos, and pictures of them. It’s like they’re freaking obsessed and it’s sooooo sad. They are all nasty skank bitches and you cannot trust them!  Here are the most insane lies.

EMMA GONZALES RIPPING UP THE CONSTITUTION

Someone with some photoshop skills and a boatload of free time took this video of Emma Gonzales ripping up a target paper and turned it into her ripping up the constitution.

At left is @tyler_mitchell’s photo of @Emma4Change for the cover of @TeenVogue. At right is what so-called “Gun Rights Activists” have photoshopped it into. #MarchForOurLives pic.twitter.com/jW6tTOv2Db

DAVID HOGG IS A PAID ACTOR

The right is famously obsessed with Hollywood and therefore is convinced everyone is a paid actor. They must not know how much unpaid labor goes into becoming a successful performer. It’s a hustle, honey. But paycheck or not, David Hoggs isn’t an actor. He just has good cheekbones, which is half the work.

Thank you Katie, for that fake announcement no one cared about.

A Breitbart article didn’t do it’s due journalistic diligence (surprising no one) and claims that Parkland survivor Delaney Tarr wants all guns across America banned. What she actually said was she wanted bump stocks banned. But we all know that Breitbart is much more comfortable stoking agitated fires than, you know, conveying women’s thoughts in a fair mannered way. This BS is now being spread by Infowars because…of course it is…

DAVID HOGG NOT IN SCHOOL

Because the right’s obsession with David Hogg just cannot rest (we get it, he’s very cute), they are also convinced that he wasn’t in school the day of the shooting and therefore not a victim. Hogg had mentioned riding his bike to school to take photos, but he clearly meant later in the evening. The right was trying to piece together his statement and their timeline like it was Law and Order SVU. But none of them are the esteemed detectives like Fin Tutola. Plus, even if Hogg wasn’t in school that day he can still be like pissed off his friends are dead? I hop on the outrage bandwagon for things I’m far less associated with.

A site claimed David Hogg wasn’t on campus for the Parkland shooting, but later apologized for and retracted the claim:https://t.co/hNBRrfYaBq

EMMA GONZALES IS A COMMUNIST

Emma Gonzales bravely wore a Cuban patch on her jacket while giving a speech last Saturday at the March For Our Lives. It’s almost as if she is FROM Cuba. Oh her family is? Hm. Interesting. It only seems fair that if conservatives freak out on her for wearing a Cuban flag they have to react similarly to anyone of Irish descent with a terrible shamrock tattoo. Surely those people are responsible for all the violence in Northern Ireland, right?

She’s a beautiful woman of Cuban descent and we love her. You would too if you ever got the chance to meet her. We need to love each other as Americans regaurdless of our descent, ethnicity or race. #LoveTrumpsHate https://t.co/yXdm0ISc7X