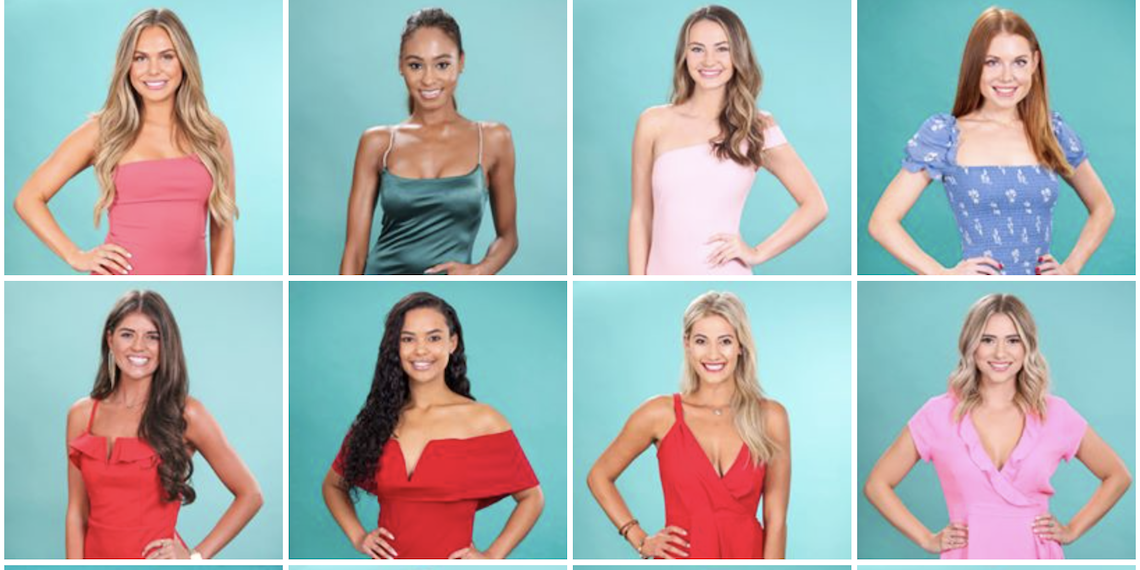 Our First Impressions Of The New ‘Bachelor’ Contestants

This morning, ABC decided to thoroughly ruin my day by releasing a first look at the contestants for the upcoming season of The Bachelor. That’s right, we still haven’t even gotten to the end of Paradise, and we’re already being dragged back into another round of this bullsh*t. Chris Harrison is all set to announce the next Bachelor tonight (I won’t say who it is, but you can just Google it), and they’re wasting no time kicking off the new season.

Like they did for Hannah’s season earlier this year, ABC put the new contestants on Facebook, with photos that look like driver’s license pictures, and just first names and hometowns. That means we’ll have to wait for full descriptions (along with fake job titles), but for now, we can make some general observations about these 33 women. They’re also pulling the thing again of saying that these women may be on The Bachelor, which gives them time to get rid of anyone who gets exposed for problematic social media behavior. (Last season, Matt Dione got exposed for his DMs that bordered on harassment, and he never actually made it on the show.)

Of course, this season has two Laurens, because no season of The Bachelor is complete without a strong foundation of Laurens. The only other duplicate name this season is Victoria, which is interesting. If this was America’s Next Top Model, Tyra absolutely would have made one of them go by Tori if they wanted to stay in the competition. Chris Harrison, be messier. Other interesting names this season include Alayah, Avonlea (pretty sure this is the name of my sister’s suburban apartment complex in Atlanta), and Mykenna, which is not a name that needs a “Y.”

While these photos are, overall, much better than the dimly-lit nightmares that we got for Hannah’s season, there are definitely some confusing outfits that made the cut. Idk what they told these women to wear for their first appearance in Bachelor nation, but the dress code seems…varied.

This is Natasha. She’s cute! But where is she going in this outfit? This screams “I went to the bar to watch the football game, but main objective was to get drunk and make out with someone.” In general, I feel like I shouldn’t be able to see both your sternum and your belly button at the same time, so this isn’t quite doing it for me. Hope she has fun at the tailgate tho!

This is Alexis. I have thoughts. She’s from Canada, but I’m getting the vibe that she’s that girl who legit never shuts up about the beach. Did you know that she surfs? Between the puka shell necklace, the scrunchie on the wrist, the turquoise ring, the Abercrombie belt, and the white long sleeve tee, I feel like I know absolutely everything about Alexis. This is like the summer version of Kim Possible’s outfit, and it belongs in a trashcan in 2006. Please, please get this girl literally any other shirt.

This is Lexi. She’s from New York City, which means she moved to NYC when she was 23, which was probably two years ago. Her dress is literally my preppy nightmare, and it tells me so, so much about her. Lexi probably only hangs out at rooftop bars in FiDi, and maybe Dumbo when she’s feeling adventurous. She only dates finance bros, and she drinks beer when she wants to feel like one of the guys. She says y’all even though she’s never lived in the south, and she 100% owns cowboy boots.

While there are 30 more women to get through, I’m going to stop there, because there’s only so much I can say about all the tragic hair extensions and FashionNova dresses that should’ve been burned. Obviously, we’ll get to some more in-depth thoughts when we get the full contestant descriptions, because I’m sure some of these women have great fake occupations.

Overall, it seems like a pretty unremarkable bunch of contestants, but I’m sure there are a few crazies lurking, waiting to unleash their inner psychopath on the Bachelor and the rest of the women. One observation, as pointed out by our favorite Wells Adams, is that almost all of these women are rocking at least one hand on their hips. Were they instructed to do this? Is the skinny arm making a comeback that I was unaware of?? This looks so unnatural!

The new Bachelor will be announced tonight on the Bachelor In Paradise finale, and I have a feeling they’ll pull their usual trick of introducing him to a few women early. It will certainly be awkward, and I can’t wait. Come back tomorrow for our final BiP recap, and our thoughts on whoever the Bachelor is. Honestly, I’m proud of myself for not spoiling it in this article. Otherwise, meet back here in January for the new season? Sounds good.