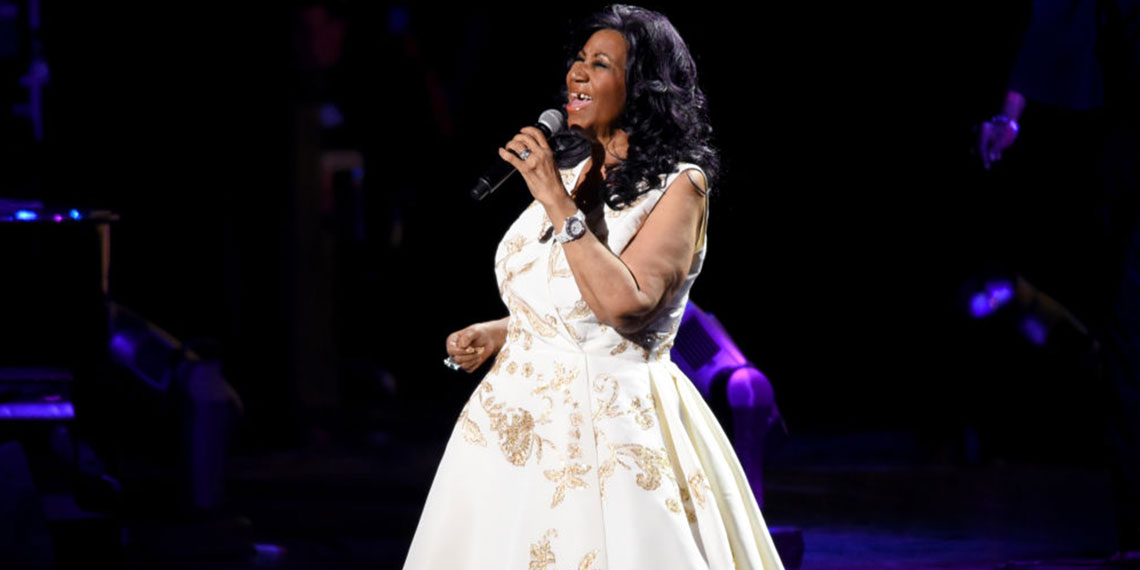 Today, we lost one of the greatest icons of music, Aretha Franklin. The legendary queen of soul and gospel music passed away at the age of 76, after a tough battle with pancreatic cancer. Aretha’s historic career dates back to the 1950s, and her legacy as an incredible singer and a fierce woman will last for generations to come.

As a child in Detroit, Aretha started singing at the local church, where her father was the Past0r. Her reputation as a gospel singer grew quickly, and she toured with Martin Luther King, Jr. when she was just 16 years old. After turning 18, she transitioned to a career in pop music, where she would continue to thrive for decades. She had 20 number-one R&B singles, including “Respect,” “Chain of Fools,” and a cover of “Bridge Over Troubled Water.” Her other legendary hits include standards like  “(You Make Me Feel Like) A Natural Woman,” “Think,” and “I Say A Little Prayer.” Basically, half the songs you sing at karaoke were sung originally (and infinitely more competently) by Aretha, so you better be grateful.

To say that Aretha Franklin was beloved would be a major understatement. She was the first woman ever inducted into the Rock & Roll Hall of Fame, and is also a member of the Gospel Music Hall of Fame. She’s number one on Rolling Stone’s list of the 100 Greatest Singers, and she received the Kennedy Center Honors, the National Medal of Arts, and the Presidential Medal of Freedom. If you’re not impressed, you should also know that the state of Michigan literally declared her voice “a precious natural resource” in 1986. Who needs solar power when you have Aretha?

Aretha Franklin’s career was full of incredible moments, but my personal favorite memory is her performance at Barack Obama’s inauguration in 2009. It was such an important moment in our country’s history, and Aretha was the perfect person to be there. Speaking about her legacy, Obama said “Nobody embodies more fully the connection between the African-American spiritual, the blues, R&B, rock and roll—the way that hardship and sorrow were transformed into something full of beauty and vitality and hope.”