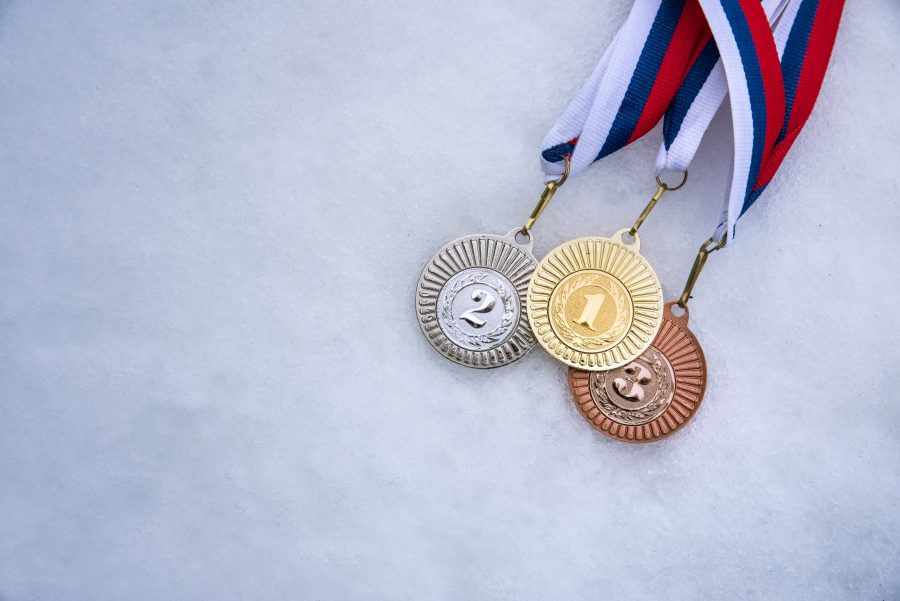 The Olympics are in full swing in PyeongChang, South Korea, and tbh North Korea is being supes dramatic at every turn. The most extra move they have made so far is sending a group of cheerleaders to attend the Olympic games. The cheer squad has a  230 women on the team. Casual reminder that North Korea has about 24 competing athletes on their Olympic team. So we have more North Korean Olympic cheerleaders than we do North Korean Olympians. Priorities, I guess. Or Kim Jon Un has something in common with us and watches Bring It On every night before bed.

The girls find out they are stealing their cheers from the South Korean Clovers and have to scramble to put together a new routine before the next military parade. https://t.co/UN5ep4fQJC

Anyway, these cheerleaders are making quite a splash. They arrived at the airport wearing matching outfits and carrying matching luggage. Very creepy chic. They really got the people talking when they attended the hockey game between Switzerland and the unified Korean team and showed off their propaganda-style cheers. Their style is overly choreographed to the point where you’re like, “Um, are you guys okay? Blink twice if you need help.”

The cheerleaders are picked for their natural beauty and patriotism, and if anyone is suspected of disloyalty at any point, they are kicked tf off the team. They are also required to live on a big-ass ferry – yes, you heard me right, a ferry – called the Mangyongbong-92. Sorry, but Mangyongbong-92 sounds like what I would name my new vape after five thousand hits. Anyway, they’re held hostage on this never-ending cruise to make sure they don’t experience too much of South Korea. And that is serious stuff, because one time 21 members of the squad were sent to a prison camp because they spilled the tea about what they had seen in South Korea on a university games tour. Way harsh, Tai.

Anyway, the North Korean cheer squad seems to be part of the charm campaign Kim Jon Un is leading in order to drive a wedge between the USA and South Korea, so North Korea can make more nuclear weapons in case our president tries to compare dick sizes with their dear leader again. Incred.

May you one day find something to be as devoted to as these North Korean cheerleaders are to chanting. Or not, because it’s creepy af. Okay, bye!