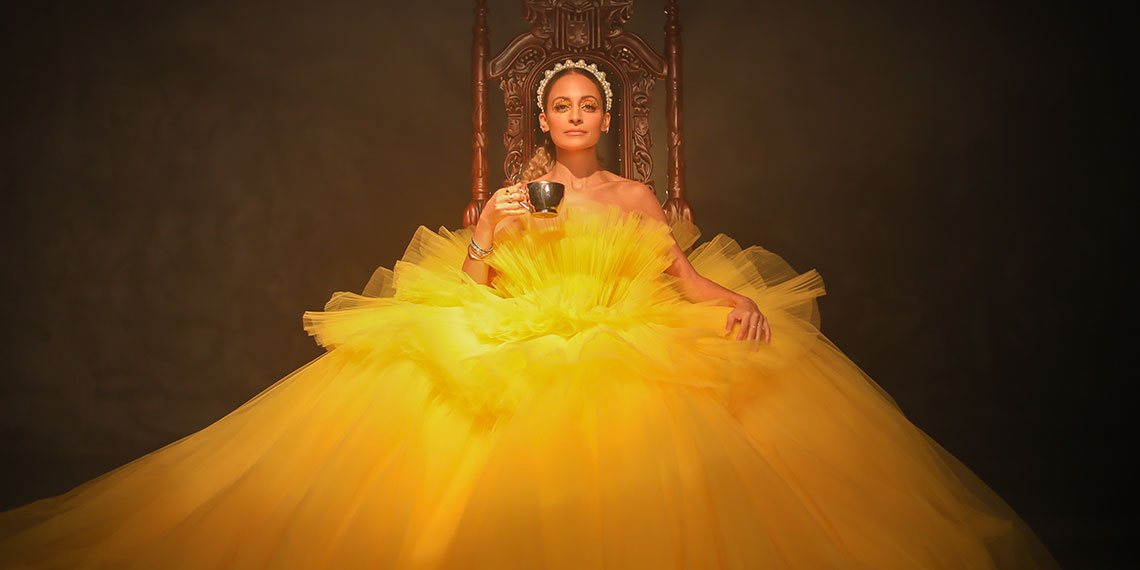 If you’re running out of shows to watch during your quarantine, thankfully there’s some new content coming next week. Next Monday, the new streaming service Quibi launches, with tons of new shows, all with episodes under 10 minutes. Thank god, because that’s the exact length of my attention span these days. Shows to look forward to include Chrissy’s Court, hosted by Chrissy Teigen, and Tyler Cameron’s new show Barkitecture. But there’s a new contender for Quibi show I’m most excited for: Nikki Fre$h, starring Nicole Richie.

I’ve always loved Nicole Richie—I basically grew up on The Simple Life—but in the past few years, I feel like she’s really come into her own. She’s hilarious, seems super happy with her adorable family, and is loves showing off her million pets and gorgeous homegrown plants on Instagram. Nicole has always been quirky, and she’s not afraid to get weird in whatever she does. In her new show, she “unites her passions for Mother Earth and hip hop into her eponymous alter ego, Nikki Fre$h.” Sounds wild, tell me more.

Basically, Nicole Richie loves the the planet and she loves hip-hop music, and what more do you need to make a reality show? In the new trailer for the show, we get a glimpse at the artistic mission that drives Nikki Fre$h. She wants to make “conscious trap,” a new genre that is “music for everybody: teachers, rabbis, Virgos… but mostly moms and gays.” This sounds like… something I absolutely want.

One of the trailer’s best moments is when she meets Bill Nye (yes, the Science Guy), and introduces herself as “a gardener, a speaker for the bees, and a trap icon.” Whatever is going on here, I already know I’m going to love it. And behind whatever ridiculous outfits she’s wearing for her even more ridiculous music videos, there’s an actual purpose to the show. Through the show, Nicole “will interact with real life seekers and consciousness experts to learn ways to better serve our bodies and our planet—while comedically exaggerating those solutions to the edge of sanity.” Considering we’re all at the edge of sanity right now, this sounds perfect.

If you were a fan of Nicole’s previous reality show Candidly Nicole,the new show has the same showrunner and executive producer, so we’re definitely in for a treat. And if you haven’t seen Candidly Nicole, it’s amazing, so get on that right f*cking now. Nikki Fre$h premieres along with the Quibi launch on April 6th, and according to the trailer, there will be new episodes every single day. What did we do to deserve this? Oh right, we’ve all been locked in our houses for three weeks. Whatever, at least this show will make us all laugh.