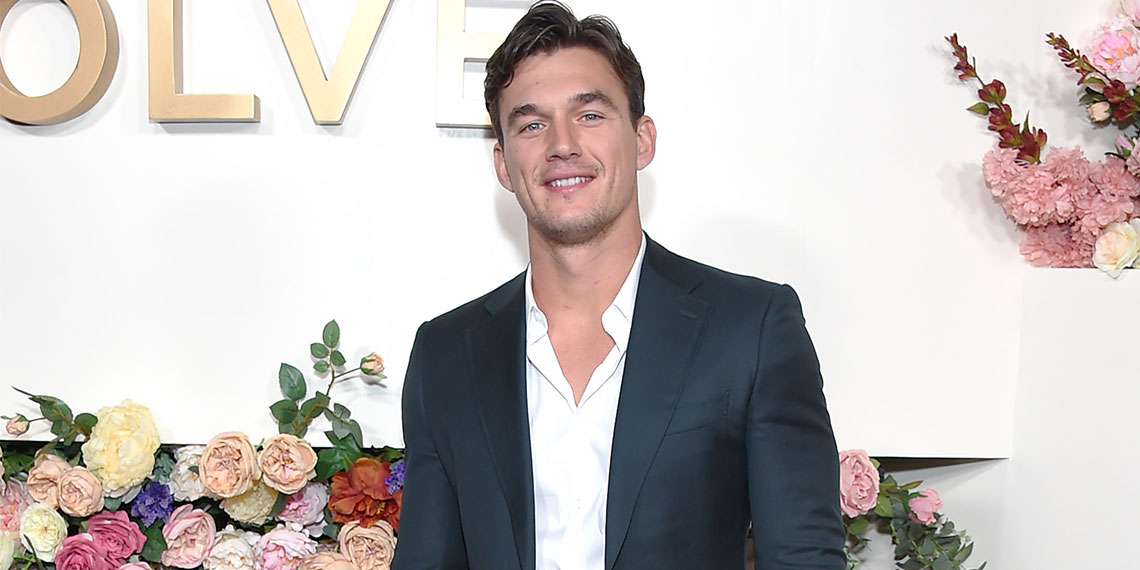 Congrats Tyler Cameron hive, because the TC drought is finally over. Recently, it was announced that Tyler would be making his return to TV with the new series Barkitecture, and yesterday, we got our first look at the show. From the trailer, we can see that pretty much all the initial Reddit tea about the show turned out to be correct, which checks out because we all know that Reddit is the best source for accurate journalism in 2020. And I have to say, Barkitecture looks just as ridiculous as the initial concept sounded. But also, I’m definitely going to watch it, because I have no life.

As you all probably know by now, the show follows Tyler Cameron and Delia Kenza as they design and build elaborate doghouses for people with a lot of extra money and nice backyards. Ugh, imagine having a yard. In the trailer, we finally get to see what some of these doghouses actually look like, and well, I now feel very poor. Here’s one example, complete with a sliding barn door, two windows, and a full outdoor play area to go along with it. I love the commitment to the farm theme, with a random wagon wheel, a horseshoe, and a stuffed cow and sheep that are definitely too big for a dog to play with. Inside, there are fake bales of hay and little saddles, which, again, I don’t know how the dogs would actually play with those. I think the thing to understand about this whole concept is that these doghouses are definitely just for the owners to flaunt their wealth. I’m pretty sure dogs don’t give a sh*t about the luxury finishes on their barn doors.

So, who are the guests on this show? The previous speculation about the show provided a few guesses, and while Neil Patrick Harris isn’t shown in the trailer, at least one of the guesses was spot-on. As the sleuths of Reddit had previously guessed, Real Housewives star Kyle Richards will be one of the guests on the show, which makes sense because she definitely has enough money to light $30k of it on fire.

The trailer gives us a good look at what Tyler and Delia built for Kyle’s dogs, and no one is surprised. It basically looks like the entryway of Kris Jenner’s house, complete with a black-and-white tile floor and a literal f*cking chandelier. Here’s a screenshot of Kyle Richards fitting comfortably inside the doghouse, while her dog is perched on some kind of couch that looks more expensive than any of my furniture. The dog has a plush wine bottle in its mouth, while Kyle is holding a plush rosé bottle.

So obviously the doghouses on the show are going to be insane, but we already knew that. I’m dying to know how much these projects actually cost—I guess because I’m in the mood to feel bad about myself. Like, these definitely cost more than I make in a year, but it’s fine, I’m fine, everything is fine. Kyle Richards, hope your dogs enjoy their chandelier, it’s what they deserve.

Wait okay, I don’t feel broke enough yet, let’s look at one more. Here’s an ultra-modern take on a doghouse. Take it in, take it all in. Yes, it’s two stories. Yes, there are spherical windows. Yes, those hardwood floors look nicer than anything in my apartment. Yes, it looks like one of the expensive futuristic houses you’d work towards in the LIFE game. Nope, I am NOT MAD about it! I hope this dog is happy, because it’s literally part of the 1%. Must be nice.

The thing I’m still most interested to see is how Tyler does hosting his own show, because I think we forget that until now, we’ve only seen him on TV as a contestant on The Bachelorette. Yeah, everyone loved him, but showing up for a group date every three days and not making an ass of yourself is a lot different than carrying an entire show. I’ve met him, and he was charming AF, so I have a feeling he’ll do a good job. The teaser trailer doesn’t really give us much of a look at Tyler or his vibe with Delia, so I guess we’ll have to wait and see.

We don’t have an exact premiere date for Barkitecture yet, but the trailer says it’s coming in April, so the wait is almost over. Here’s the full teaser trailer for the show, which you already know you’re going to binge the day it comes out: