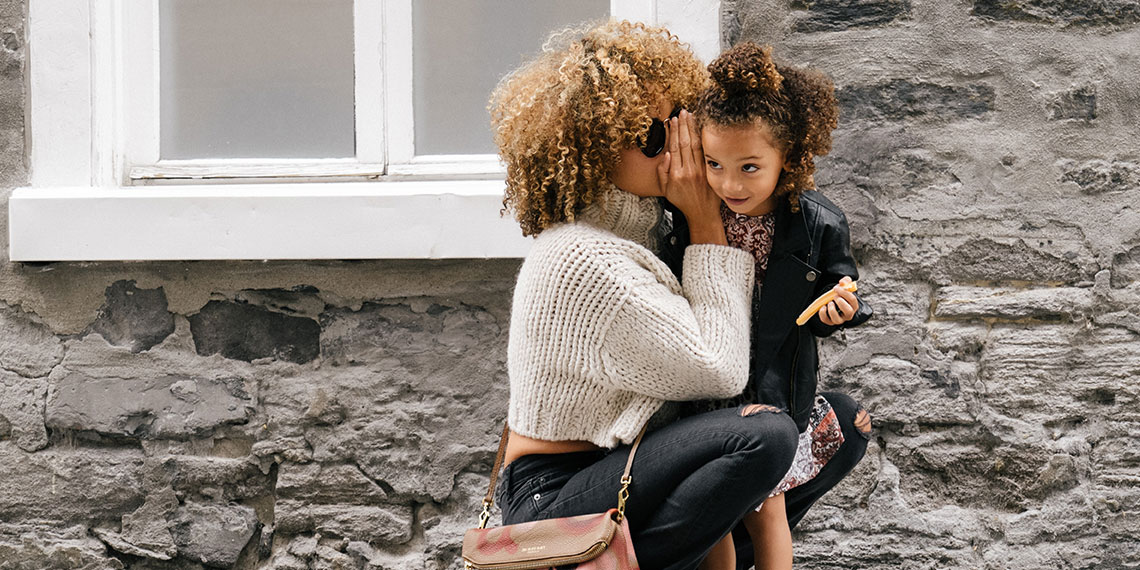 New Moms: Don’t Be Surprised When Your Friends Start Dropping Like Flies

Welcome to Momhood, where you’ll find a verklempt me. I miss my girlfriends, the fab Non-Moms with perfect nails, flowing coiffes, fresh ‘fits, and makeup expertly applied after hours of YouTube tutorials.

Now, I am a superwoman, racing around my apartment for hours while chasing after my charging toddler.

My single friends started to disappear with the first midnight feeding. It wasn’t for lack of trying—at first, there were lots of invitations, but they were coming to kvell over my baby, not to clink a glass of Whispering Angel. Happy hours, fancy dinners, concerts, barbecues, and girls trips were going on hiatus for a few seasons.

Quarantine is not so hard. I spent much of 2019 housebound with the baby while breastfeeding and pumping round-the-clock—that was hard. Now, I’m spending much of the socially distanced present far from the very friends I had hoped to finally hang with by my side.

Still, without sisters, it isn’t easy.

According to a Child Magazine survey, 69 percent of women felt satisfied with their friendships before having kids; only 54 percent felt that way afterward.

The culprit? Less time to spare. The same study found that before becoming moms, women spent 14 hours per week with friends, compared to only five hours after.

“My friendships before I became a mom were totally different: I met up for happy hour, went to concerts with friends, took couples vacations, and endlessly shopped for shoes, clothes, and makeup,” says Cox-Henry, now a mom of two who blogs about her mom life for Motherloading.

“I could accept phone calls at any hour of the day and really be there for my crew. I worked as a fashion and beauty writer and would be at Miami nightclubs and red carpet events constantly.

“After I became a mom, I slowed down a lot. I was still popping bottles at 3am, but now they were baby bottles, and I became so excruciatingly tired. I used to think I was tired before, but after becoming a parent, you unlock a fatigue achievement level you never fathomed was possible.”

Tania Hammond, a stay-at-home mom of two, says she lost about “four or five friends” after welcoming her daughter in 2017, adding,“It’s so tough to work around my schedule.”

When non-moms invited her out, she answered, but with an interrogation. “‘Where are we going? What time? How long are we going to be there?’ And the reason why I’m asking all of those questions is because I’m on a schedule.”

Soon, the invites diminished. “I feel like they got frustrated and gave up, like, ‘Ugh. This is too difficult.’ When I was single, and I had mom friends, I feel like I was more understanding,” says Hammond. “I still hung out with them, and I flexed my schedule to match theirs. But, I feel like that was not reciprocated when I became a mom.”

When The Tables Turn

Chantie Khan-Enwright says she lost four friends when she became a mom at 25. That’s when the invites to party and hang into the wee hours were plenty. Now that her kid is 13, many of her thirtysomething friends are finally pushing strollers—and seeing what it’s like having virtually zero time to chill.

“Now they see the importance of getting a break and having adult time,” says Khan-Enwright, a work-from-home travel agent. “They” being the ride-or-die friends who toughed it out through Khan-Enwright’s busy mom years.

“My circle is really small, and the moms have kids at different ages.” They stick together, taking family trips, and carving out moms-only time within the getaways. Thinking back, Khan-Enwright says she doesn’t miss the pals who didn’t bother to stick around. “They were only there for a season,” she says, “cause now their reason is over.”

After a bit of an adjustment period, now I’ve decided to leave the ones who left me in the rearview. No grudges. No side-eye. It’s okay, I tell myself, they’ll learn one day—or not.

I’ve miraculously managed to make new mom friends during the lockdown. One day, while taking my little one for a walk, I met a mom who looked so much like me, it was almost like looking in a mirror. She’s West Indian-American, too. Our little boys are also both curly-headed—literal bookends. We’ve managed socially distant playdates (with lots of Clorox wipes to clean the swings at the park), and we chat about our old lives and long for the day when we can spill wine on each other in a crowded bar.

Another day, yet another mom came pushing her son down the block in his toy car—she’s a Korean fashion designer mourning her employer, Ann Taylor’s, filing for bankruptcy. We connected over our shared love of European travel and brioche. Lots of brioche.

We three find solace in knowing we’re all equally tired, worried, happy, and thankful. The beginnings of a new sisterhood.

We’ll all be okay.