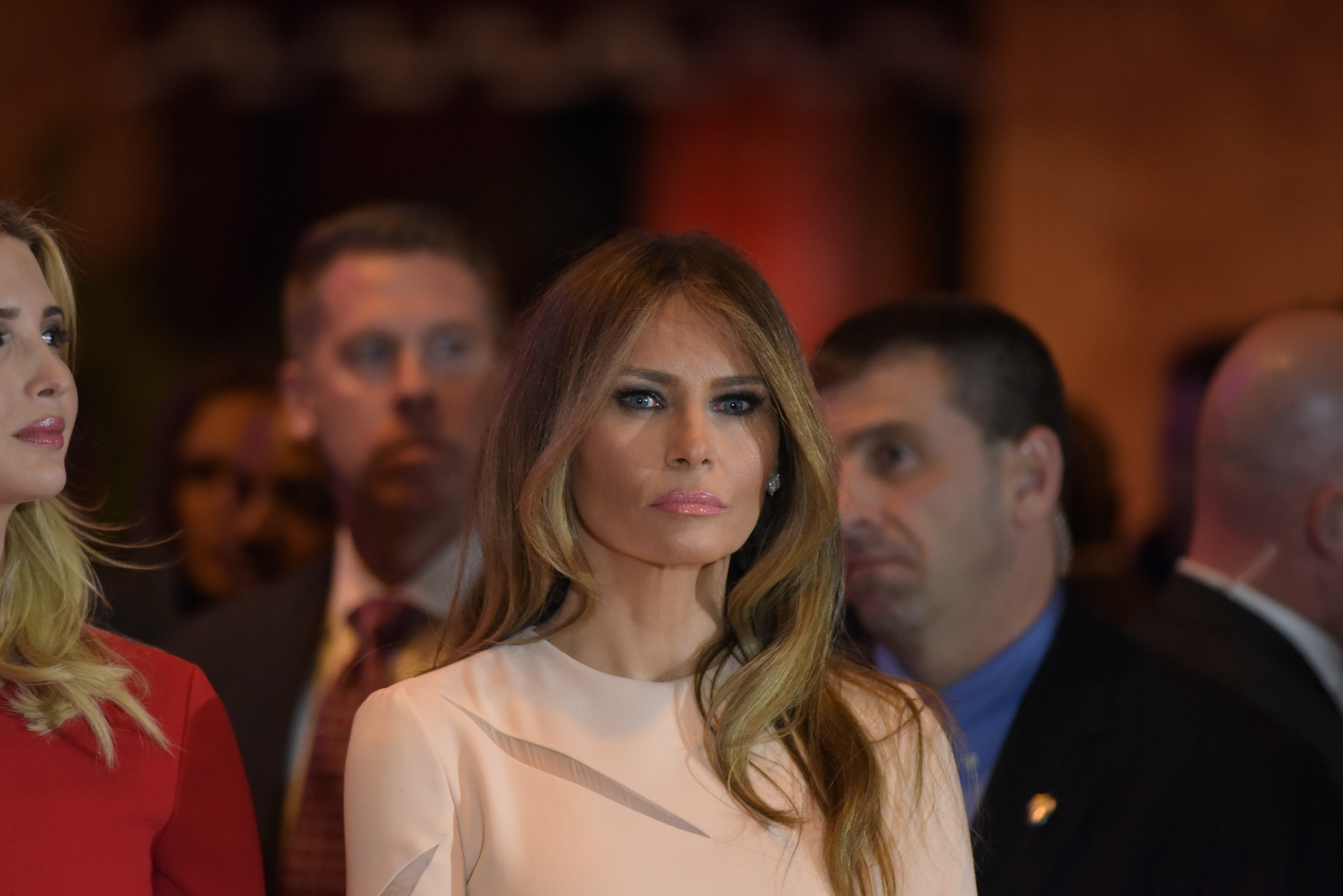 Today is the Melania Trump’s birthday, so I have been given the nearly impossible task of compiling some photos of her where she looks genuinely happy. But since I am an upstanding citizen, I put in the work and came across a…few photes where FLOTUS doesn’t look like she’s contemplating the choices that led her to this prison she calls life. Without further ado, here are some photos of Melania smiling in honor of her birthday. Happy Birthday, Melania! May your day be filled with smiles!

Quiz: Which One Of These Photos Was Taken At A Funeral? pic.twitter.com/gveYxlpfC9

Melania famously cracked a genuine smile at the late Barbara Bush’s funeral recently. She was sitting next to Obama, so like, we get it. How could you be within a 10 mile radius of that man and not smile? Also notable that Trump is nowhere in sight in this photo. It all adds up.

There we go, there’s a smile! And she’s sharing it with her husb — op…oh…wait. Nope. False alarm.

If you turn your computer upside down it sort of looks like she’s smiling here. Or if you draw on a smile or close your eyes and imagine her talking to Obama at Barbara Bush’s funeral, that works too.

Wow, the Obama’s really have an effect on Melania. Again, I get it. If Michelle Obama hugged me I’d probably cry tears of joy, which is as close as it gets to a smile for me. Also, for any trolls out there, I know this gif is edited at the end.

She looks so happy! Oh, wait…I’m getting word that this is not actually Melania Trump? That’s friend-of-the-Sup Laura Benanti on The Late Show? Oh, okay. My b. Let me just…find another one…

Quiz: Which One Of These Photos Was Taken At A Funeral? pic.twitter.com/gveYxlpfC9

Look, Melania, you don’t have to smile if you don’t want to. That’s your right as a woman. We just hope you’re okay. Happy Birthday, and as a present, we offer you the chance to join the resistance. If at any point you want to join us, blink twice. We’ll come pick you up, but tbh you have to pitch in for gas money.