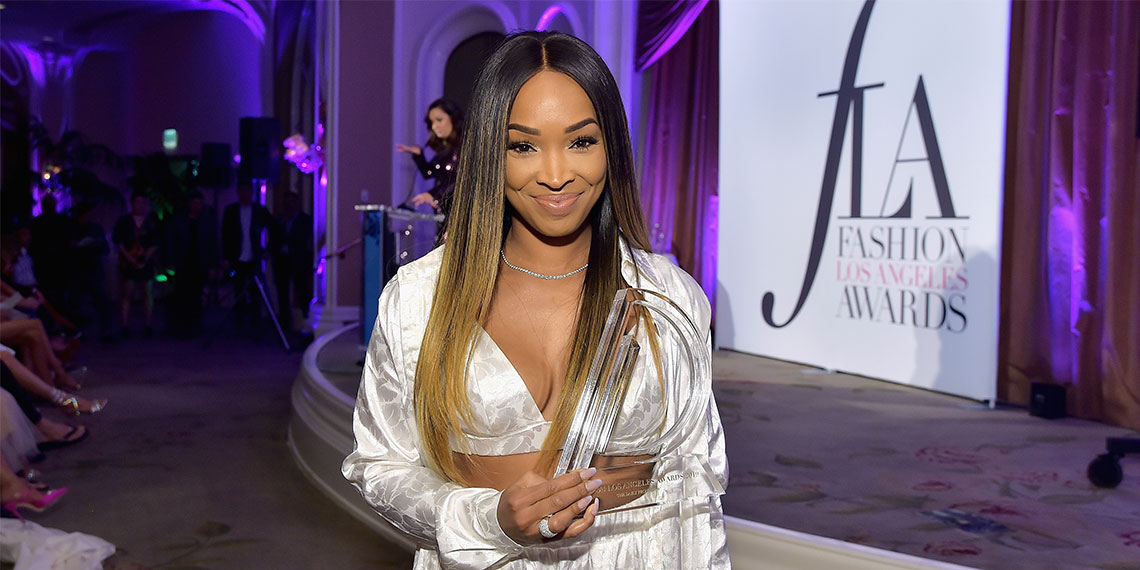 There are a few things in this world that are just too easy to roast: sponsored content, pregnancy announcements, and Kardashian-adjacent coattail riders (looking at you, Jonathan Cheban). Lucky for me, today these three things converged in a perfect storm of social media cringe, thanks to Malika Haqq’s spon-con pregnancy announcement. Yup, that’s a real thing, and we’re gonna talk about it.

If you’re slightly less familiar with the Kardashian Cinematic Universe, congratulations, you have priorities. But really, Malika has been Khloé Kardashian’s best friend for years, and she’s tight with the entire family. She’s frequently appeared on their shows, and she and her twin sister Khadijah starred in their own short-lived spinoff, Dash Dolls. She’s one of the most prolific members of the extended Kardashian network, and she’s also beyond gorgeous.

I listen to my heart, and I’ve decided that the rest of my life will be the best of my life. I’m pregnant! I didn't know when, I just knew one day. God said it’s my turn, and I couldn’t be more grateful for the little spirit that grows inside of me. I am yours, baby, and you are mine. Thank you, @Clearblue for being a CLEAR and intricate part of the most important test result of my life. 2020 baby! #ClearblueConfirmed #ClearbluePartner

Before we dive into the actual post, you’re probably wondering who the father is. Well, so am I. At least for now, Malika has chosen not to identify the father of her child, which I think is kind of a badass move. She’s pulling a Mindy Kaling, and I love it. As far as we know, she most recently dated rapper O.T. Genasis, but they announced their split in June.

But okay, this post. Malika isn’t the first to cop the Clearblue pregnancy test #spon deal, and I’m sure she won’t be the last. Rather than a sweet photo of her stomach, or an ultrasound photo, we get this pearly-white, professionally taken photo of Malika posing with her pregnancy test. How intimate! She looks beautiful and so so happy, but there is nothing remotely spontaneous going on here.

To be honest, the photo is a little cringe to me, but it’s not even the worst thing going on here. You guys, the caption. The beginning part about listening to her heart is a little mushy for my taste, but I’ll give her a break. But it’s the last part, where she dives into the sponsored language, that this sh*t just goes off the rails.

“Thank you, @Clearblue for being a CLEAR and intricate part of the most important test result of my life. 2020 baby!”

First of all, I feel like we’re at the point where you should refrain from making declarations about 2020 unless you’re like, Elizabeth Warren. It just feels off. Second, I truly do not understand her use of the word “intricate” here. Now, full disclosure, I’ve never personally taken a pregnancy test, but it’s not my understanding that there’s really anything “intricate” about it. You pee on the stick, and then you wait. It’s not embroidering a pillow.

I’m generally not mad about people using their influence to make money through sponsored content, but the pregnancy announcement thing feels a little Black Mirror-y to me. Like, you can start doing mommy spon ASAP, but maybe the actual announcement part should feel a little more authentic. But whatever, I don’t make a living from sponsored posts, so maybe it’s not my place to say. Either way, congrats to Malika, I’m sure Khloé’s going to be a great fake aunt.