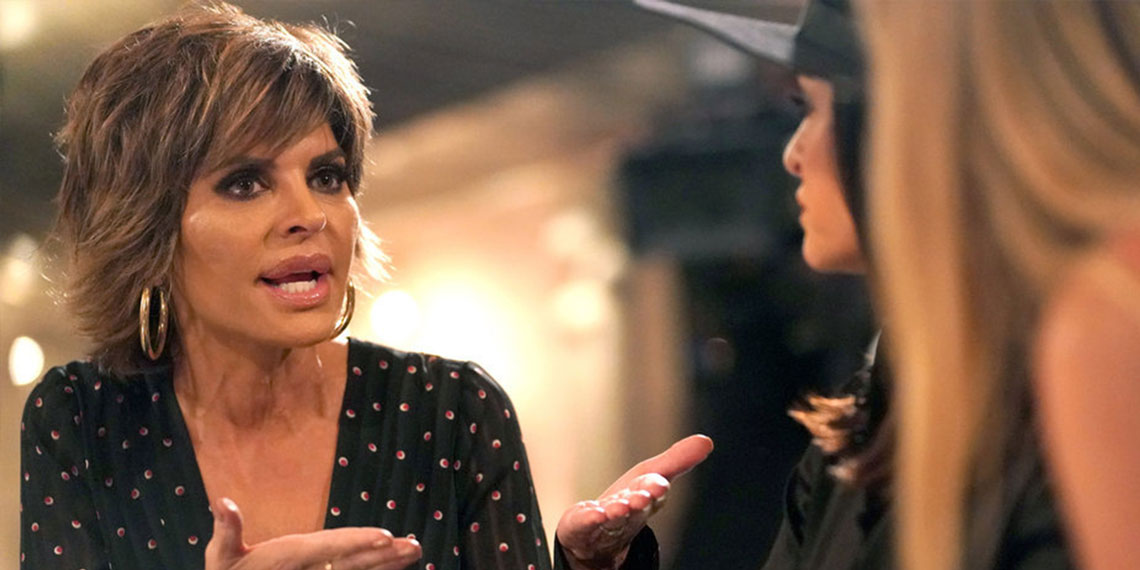 Lisa Rinna Is Dragging LVP For A Good Reason

I don’t watch The Real Housewives of Beverly Hills (or any of the Real Housewives shows, for that matter), but I still consider myself somewhat of an authority on all things LVP. Okay, not all things. Most things. Some things? Whatever. In any case, I know enough to feel like I can write about her with some degree of credibility. (I set a very high bar for myself.) If you read my Vanderpump Rules recaps, you’ll know that in the second part of the season 7 reunion, I came at Lisa for being a fake ally to the LGBTQ community, with an emphasis on the T. The reason? She all but strong-armed Billie Lee into admitting on camera that the Vanderpump Rules gang was supportive of her being trans. Sure, nobody openly made fun of her for being trans, but they did refuse to listen to her when she wanted to talk about her experience. And they still refuse to acknowledge that they have cis privilege. In fact, they’d rather rail about how “damaging” it is to be called transphobic than do some actual listening or understanding to figure out why their actions could be transphobic in the first place!

Me, in my best Killmonger voice: Are these your allies?

Well, adding fuel to the fire is a joke Lisa Vanderpump made on last night’s episode of The Real Housewives of Beverly Hills. For some reason (again, don’t watch the show), Lisa was taking a lie detector test. And everything seemed to be going fine, until the confessional, when she said: “Just don’t ask me if Erika’s tucking or something like that because there are some things I can’t lie about,” and then she proceeded to laugh so hard she almost fell over in her chair. If you don’t believe me, watch the clip for yourself:

Oh come on @lisavanderpump joking about @erikajayne “tucking” Ugly Trans jokes marginalizing our community are not acceptable. Being an ally doesn’t give you a free pass
To make transphobic remarks. Do better pic.twitter.com/bkJoWxNkLO

Ugh, gross! Full disclosure, I’m a straight cis woman, but even I can acknowledge that this is a bad joke. Why? Any way you slice it, she’s basically saying that being trans is funny and/or deserving of ridicule. That’s not something an ally should or would say.

And I’m not the only one who thinks this. Enter, Queen Lisa Rinna, who is dragging LVP for this joke.

Who knew Lvp was transphobic? Well, we know NOW! #LBGTQ

Do I think that Lisa Vanderpump hates trans people? No, I wouldn’t go that far. I’m not even necessarily calling her transphobic, but I’m just saying that this is a bad joke that reeks of transphobia. I feel like this is more of a case of “Oh, well I have friends, so I’m totally cool to say this.” When, in reality, you’re not. The thing is, even if your intentions are not to cause harm, it matters who is saying a joke. If it’s a joke within a marginalized community, that’s different than when it comes from someone outside that community, because the former is self-deprecation and the latter is a microaggression. At least, that’s how I see it. Especially when you’re doing something in the public eye—on camera, no less—it’s probably best to err on the side of caution.

Oof. Making transphobic jokes is soooo not cool, even if you are someone who does a lot for the LGBTQ+ community. Know better. Be better. #RHOBH

Lisa Vanderpump hasn’t responded to the controversy, and I kind of doubt she will, because as much as people are coming for her over this, there are just as many LVP stans who are defending her. (And also, because Lisa Vanderpump seems to almost exclusively post about Vanderpump Dogs on her Twitter account, and also because she barely knows how to use Twitter in the first place.) We’ll just have to see how and if this plays out on camera. If Lisa comes back. Is she coming back??