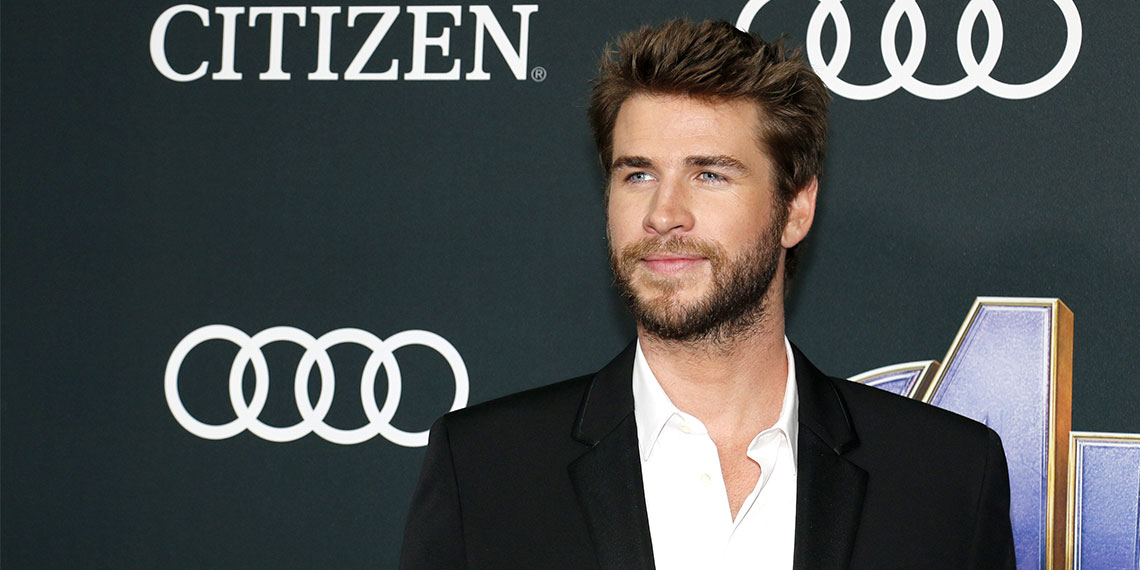 We’ve spent the last couple months talking a lot about what’s been going in Miley Cyrus’s love life, but it’s really time that we talk about Liam Hemsworth. Since he and Miley announced their split over the summer, he’s really kept a low profile, mostly just hanging out in Australia. While Miley’s been PDA-ing around the world with Kaitlynn Carter and Cody Simpson, it seemed like Liam just wanted a minute to sort things out. And he did take approximately one minute! Because just yesterday, Liam popped up this week with a new woman, and here’s everything we know.

On Thursday, TMZ spotted Liam Hemsworth and a ~mystery blonde~ out and about in NYC’s West Village. They were seen holding hands, and then they had lunch outside at Sant Ambroeus. Liam was wearing short sleeves despite it being like 60 degrees, and it looks like they were drinking Aperol spritzes. Apparently, if you’re Australian, summer is a state of mind. (Tbh that tracks with everything my friends who studied abroad there have said.)

After lunch, Liam and Maddison walked around a bit more before taking the subway together. Okay, I’ve gotta say, if I was on a date with Liam Hemsworth and he asked me to take the SUBWAY, I would be thoroughly unimpressed. Bitch, I take the subway every single day! Show me the black car or I walk.

Luckily, TMZ was later able to identify the ~mystery blonde~ as Australian actress Maddison Brown, who currently stars in the CW reboot of Dynasty. We don’t know long she and Liam have been hanging out, or if things are going to get serious, but we can at least tell you a few important things to know about her.

I mean, naturally. Maddison Brown definitely has mean-girl-hot vibes, which is my preferred aesthetic. Feel free to roast me in the comments for this, but she kind of looks like a cross between Cassie Randolph and Iggy Azalea. Except hopefully she’s less boring than Cassie, and less problematic than Iggy.

2. She Spells Her Name Wrong

If you’ve gotten this far, I assume you can read, so you’ve probably already noticed that Maddison has two Ds in her name. I’m sorry, but I can’t get behind this. My brain fully stutters every time it gets to the second one, and I just don’t understand why it’s there. I know this is mean and you don’t get to choose your own name, but I can’t help it. Ddon’t be madd at me for being juddgmental.

Since the breakup, Liam and Miley have both explored dating younger people. Currently, they’re both hooking up with 22-year-olds, which is funny, because I’m automatically annoyed by every single 22-year-old that I come into contact with. Liam is 29, which makes his age difference with Maddison Brown especially…interesting. No one is doing anything wrong here, but like, I can barely relate to people two years younger than me. I can’t imagine being nearly 30 and dating someone who would be fresh out of college.

4. She Has A Sense Of Humor

Okay, I’ll admit that I had low expectations for getting any kind of personality from Maddison Brown, but this Instagram post kind of proved me wrong. The second I saw the photo, my mind immediately went to the Devil Wears Prada line about the Chanel boots. BUT MADDISON BEAT ME TO THE PUNCH. If you go to the second photo, she posted a meme that had my literally dying at my desk yesterday. Props, Maddison—your name is still spelled wrong, but I like you.

Obviously, we’ll be on the lookout for more sightings of Liam Hemsworth and Maddison Brown hanging out, and by that I mean I’ll be camping out in Soho until I see them. Sorry boss, can’t do any more work today!