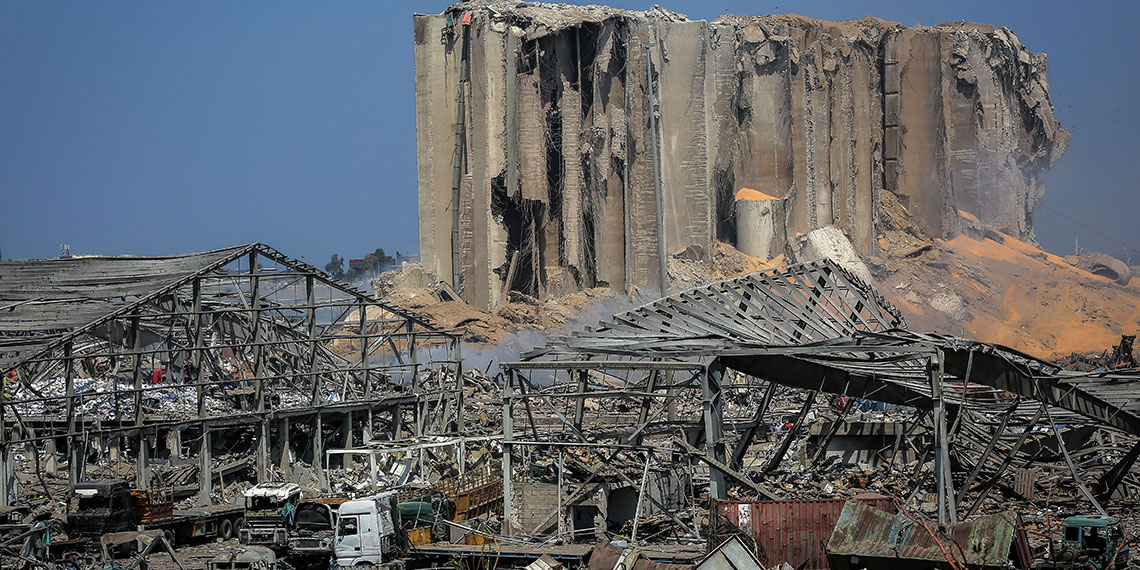 An explosion in Lebanon’s capital city yesterday killed at least 100 people and injured 4,000, as hundreds of thousands are feared to have lost their homes in the wake of the blast.

Though as of Wednesday the cause of the blast was not yet determined or announced (right now Lebanon needs our support — not our speculation) the government’s initial statements suggest the explosion was caused by massive quantities of ammonium nitrate stored at the port where the blast occurred. The explosion shredded communities for miles and was felt as far as 100 miles away.

It is nothing short of complete devastation for a country with no shortage of existing challenges. The blast will almost certainly exacerbate mass unemployment in the wake of COVID-19, as countless factories and buildings in the economic hub suffered damage from the blast. Nearly half the population currently lives below the poverty line, and unemployment is at 35 percent. The economic catastrophe has worsened social tensions as the value of Lebanon’s currency has collapsed amid rising political unrest.

Tonight people in Beirut are going to sleep in shattered homes, during a deadly pandemic, with a collapsing economy led by corrupt politicians, surrounded by countries that have attacked & threatened them and a world that has abandoned them and their refugees. They deserve better

The Beirut blast constitutes a humanitarian crisis unlike we’ve seen in recent memory amid a global pandemic that has exposed social and economic strife in Lebanon and across the world. Government officials estimate it will cost at least $5 billion to repair the damage and rebuild the community. Activists, non-governmental groups and medical professionals on the ground have shared resources about how you can help support relief efforts and rebuild Lebanon in the wake of the blast:

The Lebanese Red Cross is a humanitarian organization group organizing the medical response to the blast, which has left thousands gravely injured in a city whose hospitals are already overwhelmed. Donations support their on the ground relief efforts — they are literally saving lives as we speak. The Lebanese Red Cross stresses that no third parties have their permission to raise money on their behalf, so make sure you use this link to do so.

Save The Children has long been on the ground in Lebanon, where they say children remain unaccounted for as entire communities and neighborhoods have been wiped out within a 10-kilometer radius of the Beirut explosion. The Save the Children Lebanon Crisis Fund supports Save the Children efforts across the country – just last week, they released data showing that half a million children in greater Beirut have gone with their basic needs unmet due to the economic collapse over the past months and the impact of COVID-19.

Once the search and rescue operations have been completed, Save the Children will assess the scale of the damage and the impact the explosion had on the most vulnerable, including their immediate and most critical needs, including food, shelter, and psychosocial support. The public can support those efforts by donating to Save the Children Lebanon Crisis Fund.

Impact Lebanon is a non-profit that works directly with the community. They’re hosting a fundraiser via Just Giving to support disaster relief. They’ve raised about $2 million with a goal of $5 million. Donate here.

Activists have built this resource of local groups and petitions to support related to the blast — particularly if you live in the area and can donate blood or other desperately needed items.