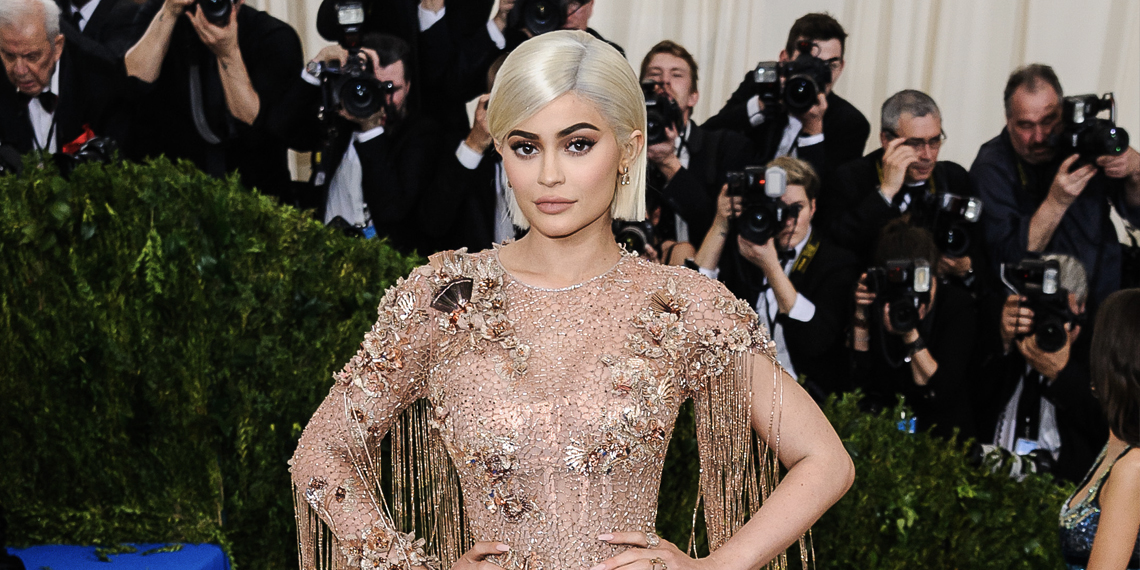 A Breakdown Of Kylie Jenner’s Most Random Magazine Covers

As much as it physically pains me to admit it (like this is actually giving me heartburn right now), the Kardashians are one of the most famous families in America. Seriously. We have the Trumps and we have the Kardashians, and that about sums up what tourists remember about us. Such a sad little list! But despite the fact that millions of people hate-click on stories about Kim’s ass every day, it seems the Kardashian Klan is having a hard time breaking into, shall we say, high-class culture. Perhaps it’s because they wear neon bike shorts to their local Calabasas coffee shop? Just a guess based on my own personal problems and biases against Kylie Jenner & Co!

I’m presenting this case based on Kylie Jenner’s latest magazine cover for the *iconic* S Moda magazine. That’s right, Forbes’ youngest helped by her family self-made billionaire is officially covering a magazine that you can’t purchase at your local grocery store, based on the fact that it’s in another language, I’m pretty sure they don’t sell it in America. Sorry if you already went to your local newsstand. And this is not the first time Kylie Jenner has posed for a random magazine—in fact, she’s done it quite a few times. So let’s take a look at all the f*cking weird magazines that Kylie has covered, and I hope you’ll enjoy the walk down memory lane to each of Kylie’s former faces as much as I did.

Kylie covered Fault Magazine in 2015, back when I still was clinging to the small hope that this family would be obliterated in an alien invasion. Please take a close look at the cover, because I shrieked “no!” approximately 11 times and spent two hours with my therapist before I was able to accept the fact that this was what Kylie used to look like.

So we all know that’s not the current iteration of Kylie’s nose, hair, lips, or eyebrows, and there are probably many other tweaks I’m missing that my favorite IG plastic surgery accounts could point out for me.

Has anyone ever heard of Fault Magazine? In 2015 Kylie Jenner wasn’t quite the huge name she is today, but this still seems like an odd, and quite frankly, emo, choice for her. Can those of you that Keep Up please let me know if she was ever emo? Fault is described (by Wikipedia, duh) as a magazine that  “collaborates with artists in the fashion, film and music industry. It operates its own non-profit magazine as a platform for identifying young creative people of merit”. CREATIVE YOUNG PEOPLE OF MERIT. So like, someone that’s accused of copying the imagery for her brand, as well as copying the makeup for her brand? That kind of merit?

I’m not sure many people saw this magazine cover anyway. When I did my quick Google search intense and unrelenting research into this magazine, I found a broken link to the media kit. I did, however, find the media kit for what I believe to be a sister magazine, B Beyond, and their total print circulation in North and South America is 7,500. So way less people than saw Kim’s sex tape, that’s for sure.

LOVE is a Conde Nast publication that Kylie covered at the end of 2017. In case you were unaware, Conde Nast is so famous, a former employee wrote a revenge fantasy about them called The Devil Wears Prada. I’d call my work revenge fantasy novel And Then I Burned The Place To the Ground, but sure, hers works too. Conde Nast publishes Vogue, Allure, Glamour, W, The New Yorker, Self, and many more magazines you’ve heard of, and, apparently, this rag. According to Wikipedia, LOVE is a bi-annual British style magazine, that once featured Minnie Mouse on the cover. I mean, she is everyone’s favorite female mouse. Well deserved, Minnie!

The circulation of LOVE is around 100,000, so we’re getting slightly closer to the number of people that saw Kim’s sex tape. And Kylie looks a little more like her current self, so two points to LOVE magazine!

AdWeek is a pretty legit publication, but it’s a weird choice. Why is Kylie Jenner covering the second-largest advertising trade publication? Sure, maybe the nerds in their corner office trying to think of a fresh way to market some dumb product want to jerk off to her with their morning coffee, but otherwise what’s the point of this cover?

When Kylie covered AdWeek (circulation 45,000), Kylie Cosmetics had only existed for about a year, and she was only part of the way through the process of becoming a Kim clone. To me, this pairing makes no sense, but I also didn’t spend the time to read the article accompanying this cover because my brain is already too filled up with inane facts about this family, and now there’s no room for me to learn how to do my taxes! I lead a rough life.

Also, please feast your eyes on the outfit they chose for a TRADE PUBLICATION. It’s like no one on Kylie Jenner’s team has ever been to an actual office, so they just assume that all businessmen have the same tastes as Christian Grey.

Guys, Jolie is not in English! So even if you wanted to read about how Kylie is “mastering the business world” or “so real” you would need a translator because this whole thing is in German. How many of you Kylie stans out there speak German?

Jolie is a monthly magazine and Wikipedia (it’s fine, I totally donated), only had stats as recently as 2010, when there were 375,000 copies in circulation. Kendall and Kylie covered the magazine together, and they look about as happy to do this cover as I am to be constantly bombarded with pictures of their pubic bones.

To be fair, in the more recent years Kylie Jenner has covered Interview, Glamour, Allure, and GQ and MY GOD can we stop giving this family magazine covers? I really think that the reason Kylie covered all these random magazines is that, despite how famous she and her family are, they aren’t really taken all that seriously by the mainstream media. Tabloids, sure. But I think everyone feels a little bit icky about how they got famous *insert raised hand emoji*, so they’ve been hesitant to embrace them. But like cockroaches after a nuclear disaster, this family stuck around and is slowly making their way onto legit publications. And luckily for Kylie, Kim finally got enough blackmail on Anna Wintour to get herself on the cover of American Vogue. Looks like the sky’s the limit now!