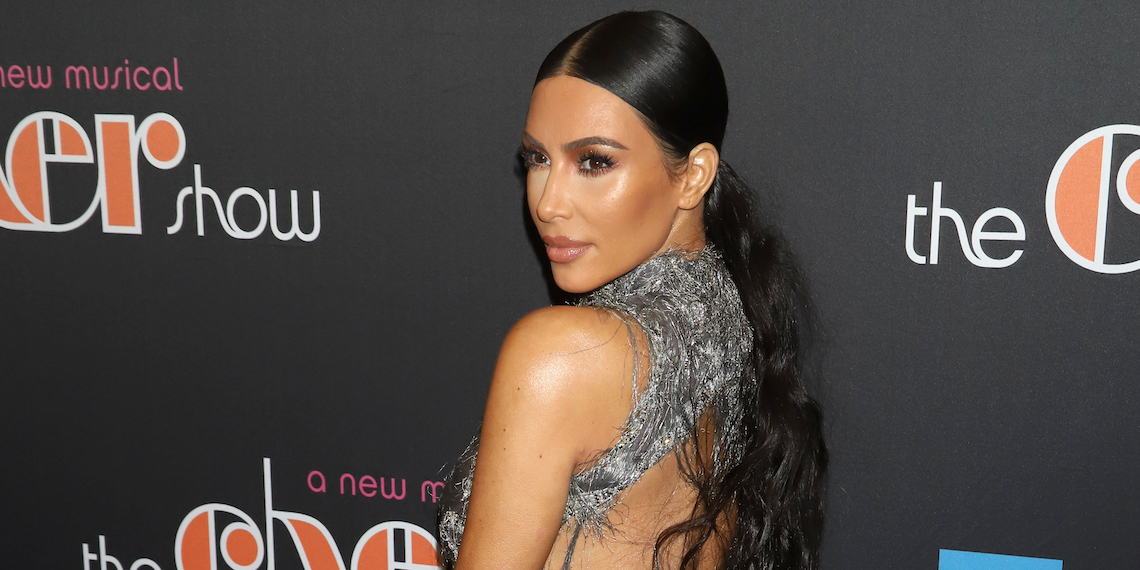 In today’s edition of random thots of Instagram causing petty drama, we’re talking about Kami Osman. If that name doesn’t sound familiar, it’s because she literally doesn’t matter. She has 700,000 Instagram followers, and her bio says she’s a singer and songwriter (she doesn’t have a Spotify page), but the only important thing about her is that she looks like Kim Kardashian. In fact, she looks so much like Kim K that she literally appeared on an episode of KUWTK as a Kim lookalike. But this week, instead of getting more surgeries to look like Kim, Kami decided to start some drama with Kim on Instagram. This is the sh*t I live for.

Earlier this week, Kami reposted a picture of this dress, which she wore in March 2018 for her birthday, on her Instagram story:

coming for the throne.

Along with the picture, she wrote “Got a lot of DM’s in regards to the MET look that was painfully similar to my last years bday dress. Never get confused with who ‘inspires’ who. They wont give you credit but they will copy. I designed this dress for my birthday last year. Nobody had a dress like this was an original design.” Sorry for the spelling and grammar issues, but I really wanted Kami to speak for herself.

She is, of course, referring to Kim Kardashian’s Met Gala afterparty look from this year, which was designer for her by Thierry Mugler:

Hmm. Do the two dresses look similar? Sure! They both have an unusually low neckline that casually exposes the belly button, they’re both sparkly, and they’re both v short. Other than the fact that Kami’s looks like FashionNova and Kim’s is couture, I definitely see the resemblance. The problem with Kami’s argument is that Kim’s dress is literally a replica of something Cher wore decades ago.

Luckily, Diet Prada (one of the best accounts on Instagram), helped us out by posting the exact Cher look that was used as inspiration. Sorry Kami, but you seriously should’ve stayed in your lane here.

But this story gets even better, because both Kim and Kami responded to the drama via their Instagram stories. First, Kim came for Kami by posting a series of photos of Cher and past Mugler looks that were used as inspiration for her Met Gala dress, solidly proving that Kami’s birthday dress had absolutely nothing to do with the design process. Then, in classic Kim style, she finished things off with one of the best clap backs I’ve ever seen:

NOT. ON. MY. MOOD. BOARD. From now on, this is going to be my response whenever I don’t have time for someone’s bullsh*t. My friend wants to bring her weird new boyfriend to happy hour? Sorry, that’s #NotOnMyMoodBoard. You’re not drinking for six weeks because your “doctor” told you to “take a break”? Nope, #NotOnMyMoodBoard. It works in basically any situation, and I’m so glad petty queen Kim commented on this situation.

Of course, Kami had to attempt some damage control on her Instagram story, and she took the route of pretending that she cooked up this whole scandal just to get publicity for herself.

Okay, so this actually wouldn’t have been a terrible plan, except for the fact that Kami now looks like a thirsty clown who was just desperate for 10 seconds in the spotlight. It’s definitely gotten her a lot of publicity, but she hasn’t seen an unusually large spike in followers in the couple of days since she first posted her Instagram story about Kim ripping off her dress.

While Kim has been rightfully called out for copying designs in the past, this was definitely an instance of a thirst monster just trying to use her for a little bit of press. Honestly, I’ve basically already forgotten who Kami Osman is, but good for her for putting herself out there. Too bad she’s #NotOnMyMoodBoard.