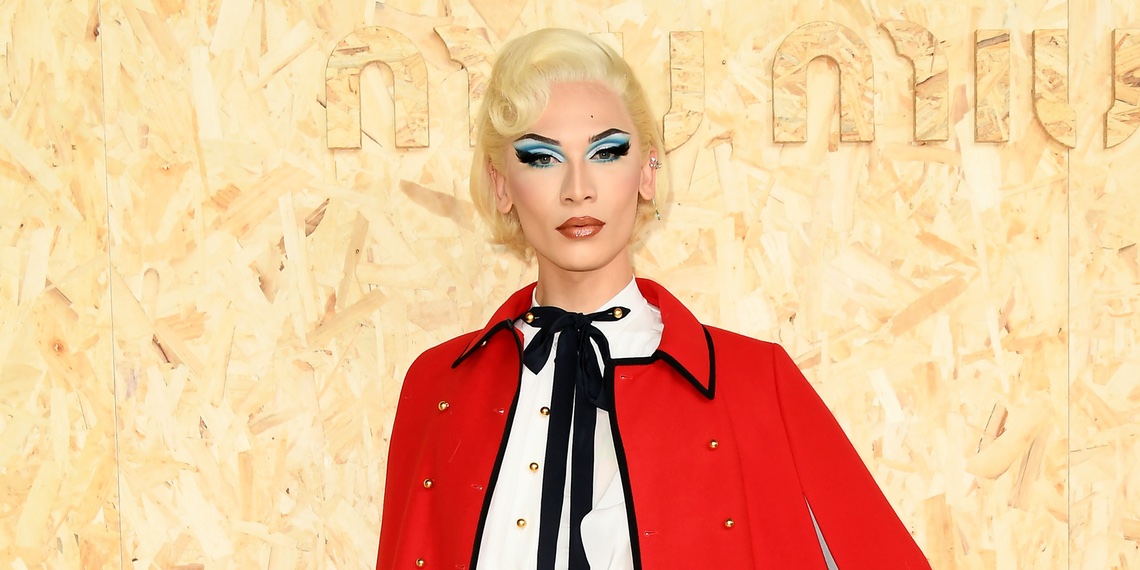 Justin Bieber Is Getting Called Out For Shady Business Practices

One of the best developments in pop culture over the last several years has been the increased integration of LGBTQ performers, and especially drag queens, into mainstream entertainment. RuPaul’s Drag Race has become must-see TV season after season, and its stars have broken out with everything from roles in Oscar-winning movies to product lines and collaborations to their own TV shows. These queens are high-level entertainers worthy of respect and fair compensation, and Justin Bieber appears to be learning that the hard way—by being put on blast on Instagram right now.

Along with Justin Bieber, the other person you need to know in this situation is Miss Fame. Fame was one of the stars of season 7 of Drag Race, and she’s built a huge following with her flawless makeup, high-fashion looks, and Painted by Fame YouTube series. She’s crossed over into the world of fashion, working with Marc Jacobs, attending events at Cannes, and even walking in shows at Paris Fashion Week. She has a million followers on Instagram, and basically, she’s a big f*cking deal.

Last night, Miss Fame posted a series of Instagram stories, calling out Justin Bieber for a recent interaction. She first posted what appears to be a leaked internal message from someone on Justin’s team, explaining that they had contacted Fame about making a cameo in a new Justin Bieber music video. In the message, they explain that they can only pay her $500, along with rides, and “AN AMAZING EXPERIENCE.”

Let’s stop right there. Miss Fame addressed the money situation, and we’ll get to that in a minute. But first, a note to anyone who might be thinking about using someone as talent in their project: paying people in “experience” isn’t cool. It’s one thing if you’re helping your friend out with their project for film class, but if you’re in a position to pay people for their work, you need to pay people for their f*cking work. This is true for a performer of any level, but especially for someone at Miss Fame’s level, “experience” means nothing. She doesn’t need exposure—she has plenty of that already. What she needs is a hefty check.

And funny enough, in a move that shows just how ignorant and/or arrogant this team was, the crossed-out “back up” performer is Violet Chachki, a drag queen who is EVEN MORE FAMOUS AND SUCCESSFUL than Miss Fame. I mean, this just doesn’t make sense on any level. In what world is your backup choice even harder to get than the first choice? Smh.

In her next posts, Miss Fame laid out her exact issues with this kind of offer from Justin Bieber’s team. Fame is based in New York City, and from a strictly logistical standpoint, she pointed out that $500 wouldn’t even cover her flights to get to the video shoot. On top of that, hair and styling are a completely separate expense that were not going to be covered. All of these things just come with the territory when you’re booking talent, and you have to be prepared to pay for it.

Miss Fame also pointed out that Justin Bieber is totally loaded, pointing out his estimated net worth of $265 million. She makes the case that other LGBTQIA+ artists “deserve to build our lives from our artistry” just like Justin has, and reminds him that “honor” and “experience” don’t pay the bills.

In her third story post, she elaborated on the larger issue of the entertainment industry often undervaluing the work of queer performers. Fame extended her concerns to “all brands, houses, industries that are attempting to look good for the Gay dollar but not actually investing in us.” Damn. That may sound harsh, but it’s incredibly true. It’s the same issue we’ve seen with prominent brands using a rainbow logo during Pride month, while their CEOs support conservative or straight up anti-LGBT groups.

We’ve discussed the topic of racial tokenism in the influencer industry, and queer tokenism in the entertainment industry has become more and more of an issue. Inclusion is important, but if artists like Justin Bieber only want drag queens in their videos because they’re “trendy,” that’s not actually a long-term step in the right direction. Justin Bieber doesn’t need to release a whole album about social justice, but the least he can do is pay his performers what they deserve.

Justin hasn’t responded to Miss Fame’s posts yet, but it’s disappointing that he—or anyone working for him—is doing sh*t like this, when they basically have all the money in the world. The only silver lining of this story is that it’s some kind of confirmation that Justin has new music coming, but maybe he should just be in the video by himself for now.