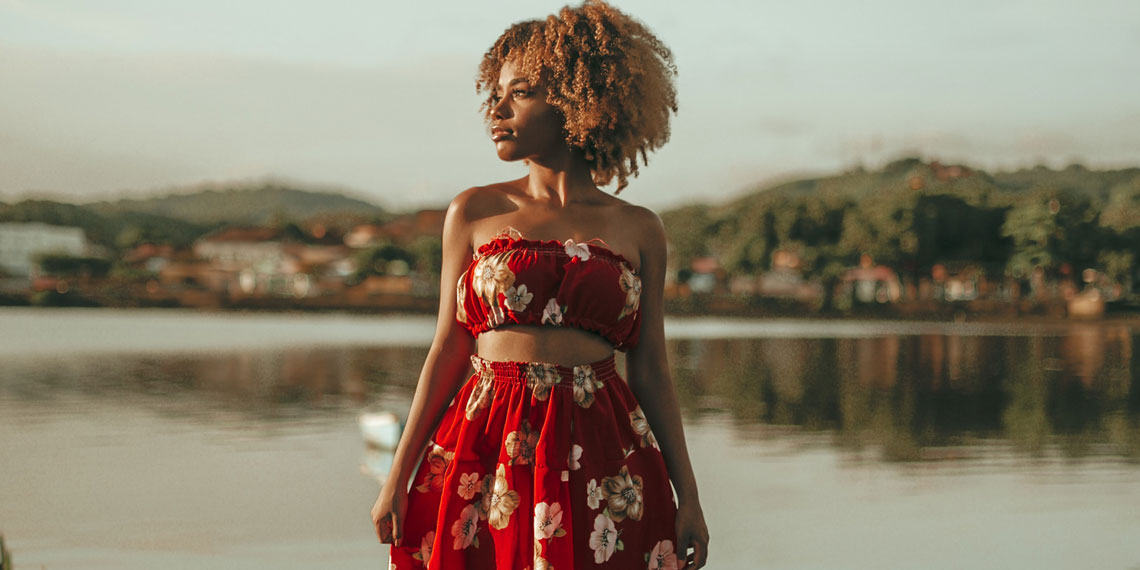 Is ‘Diversity’ Enough? The Problem With Tokenism In Influencer Marketing

Merriam-Webster defines tokenism as “the policy or practice of making only a symbolic effort.” When it comes to fashion, I see this “symbolic” effort made on the feeds of some of the biggest Instagram boutiques. Shops like @evereveoffical, @shopthemint, and @vicidolls will sprinkle in women of color (WOC) so sparingly that in some cases, if you scroll too fast, you may miss them. With many demanding more diversity in the influencer space over the past few years, including myself, I can’t help but have a nagging suspicion that this sprinkling of WOC influencers is a way to slip under the “lack of diversity” radar. More and more brands are facing criticism from not having a drop of diversity at all, which is good, but the cynical part of me has to wonder: Are brands genuinely making an effort to be more diverse, or are they turning to “tokenism” in an attempt to avoid backlash?

A 2018 BBC article written by Cherry Wilson explores tokenism in fashion over the past year, with the explosion of black women gracing the covers of coveted September issues. It poses the question, “Black women on mags: A step forward or tokenism?”  The question is never really answered, since the practice of tokenism is something that can be very much in the eye of the beholder. DC-based style blogger Jen Jean Pierre-Maull says she doesn’t think all brands do it, but admits, “I do believe many brands, in fear of being called out on social media, will add a splash of diversity on their feed or invite one or two bloggers of color to events in order to fit the quota.” Blogger Ashleigh Reddy expresses she does feel she’s been used as the token WOC, saying, “Sometimes at events they need to check the box for a WOC, or a black woman, whatever. I think I’m very ‘safe’ for brands, so there have been times that I’ve been the only one, and it’s frustrating.”

Currently watching @poseonfx on demand and fighting the sadness of my mom leaving to go back to florida. I’ve never been good with goodbyes. Even if they are just a “see ya later”. Pic is from 2017.

Not every blogger feels this way. California-based blogger Vivian Rodriguez says, “I haven’t had an experience of feeling like the brands are including one token WOC. The brands and events have been inclusive.” She does, however, note she works with brands that are focused on diversity and value, choosing models that vary in ethnic background and size.

According to a March 2019 eMarkter article, there are over 500,000 active influencers on Instagram, and while this number is not broken down by ethnic group, we know WOC influencers are included in this number. Logically, with plenty of WOC influencers to choose from, why aren’t we seeing more? And why do so many of these brands use the same few over and over? Brittany Hennesy, best selling author of INFLUENCER: Building Your Personal Brand In The Age Of Social Media, co-founder & Chief Relationship Officer at CARBON AUGUST, and former Sr. Director of Influencer Strategy & Talent Partnerships at Hearst Magazines Digital Media says, “At the end of the day, casting is a job and you want to make your job as easy as possible. That means casting influencers you’ve already worked with, you already follow, or working with agents you already know.” In addition, she says, “Most people follow influencers who look like them, so if the majority of the people casting are not WOC, the odds that they follow and/or will cast WOC are slim.”

But the problem of tokenism goes deeper than just laziness. Hennesy goes on to express that the problem is that many brands have a follower quota (often 100k or more) that influencers need to have in order to even be considered. The problem? “Many influencers of color do not have the crazy high follower counts brands have long desired,” she says. “If you see at all,” she says, “it’s because the brand relaxed the follower count standard BECAUSE they wanted diversity. I have done this more times than I can count.” Point taken.

In December of last year, Vicidolls was the latest brand caught up in a social media fury when an observer pointed out that a picture of a WOC was the only one the brand had posted for months. The Vicidolls owner took to the comments to defend her brand, stating that she does work with WOC influencers and was making plans to include more in the brand’s feed account. She also urged anyone in the comments who was an influencer and interested in collaborating to send her an email.

It was a challenge that I accepted. After a few ignored emails (thank heavens for read receipts), I sent the brand a DM to check on the status. After going into the qualifications of the person they look for, I was informed, “We have a new model starting January 1 that is a woman of color as well as dozens of new collabs with women of color. You will definitely be seeing more women of color! It’s at the top of our to do list and we are getting it done.” Now go take a look at their feed and tell me how long it takes for you to spot a WOC—I’ll wait. I’m not saying she’s not there, I am saying you will have to dig to find her.

The perfect #worktoweekend look! Obsessed with our doll @carmenreneeblog in the Gus Snake Print Pocketed Shirt Dress // Available In XS – L!Designed with a salmon, grey and slate blue snake print on a cream satin fabrication. Two front bust pockets and a belted waist tie create soft definition with a splash of functionality. Carmen is 5’6” and wearing a Size Large.

Nena Evans, a Virginia based style blogger who has worked with brands such as Neutrogena and LOFT, and is also currently a Vicidolls partner, bristles at the idea that she’s simply being invited to participate to fill a quota. She says, “I want to address topics like this, but it’s also frustrating because it minimizes my hard work and accomplishments in this space. No one wants to think of themselves as a token. I’m selective about brands I choose to work with. I pursue ongoing partnerships instead of temporary collaborations so that I can build relationships and ultimately be a thought partner. These opportunities did not happen by chance, but as a result of hard work, excellence, and support from other women.”

“That being said,” Evans says, “I don’t want to be the only woman of color represented. There’s a lack of diversity across the industry as a whole. Diversity and inclusion add real value, and the brands that make it a priority will remain relevant.”

In the continuing conversation about diversity, tokenism is much more different than a lack of diversity; it’s a bigger slap in the face. It’s a brand not throwing out a bone vs. throwing a bone out to watch a few WOC fight over it. For some, this practice is a backhanded compliment that brands are giving to us in order to save their own skin, and for others, it’s a small step to make WOC a more thoughtful inclusion in their marketing. No matter which side of the fence you’re on, we can all agree it happens and is another example of this space not being as inclusive as it should be.

TFW brands think the varying shade of tan on the same looking white girl counts as diversity. That mini IG #tedtalk I went on last week about diversity in the influencer space led to a cool conversation w/ the editor-in-chief of @betches and a cool op-Ed I got to pen! Spoiler Alert @amaryllis_apparel still has yet to respond to my comments, but they’ve seen my DM’s ? pic by @sandyswaggerjones

The bottom line is, tokenism can be hard to spot. It’s never easy to know if it is being done out of malicious intent to be inclusive without REALLY being inclusive, or whether it’s a brand’s starting point to make a change, but to fix it is simple. Jen Jean Pierre-Maull suggests to brands, “Hire more POC on their team so they know when there is a true lack of representation and follow more POC so they will broaden the invite list”. Brittany Hennesy adds, “Influencers need to break the cycle. I know influencers who have turned down brands because they don’t feature WOC. But if WOC turn them down, how is the brand supposed to fix that? This is a cycle that will keep going until an influencer stops it. And it’s not like it’s charity work, you’re going to get paid. Volunteer as tribute AND secure the bag.”