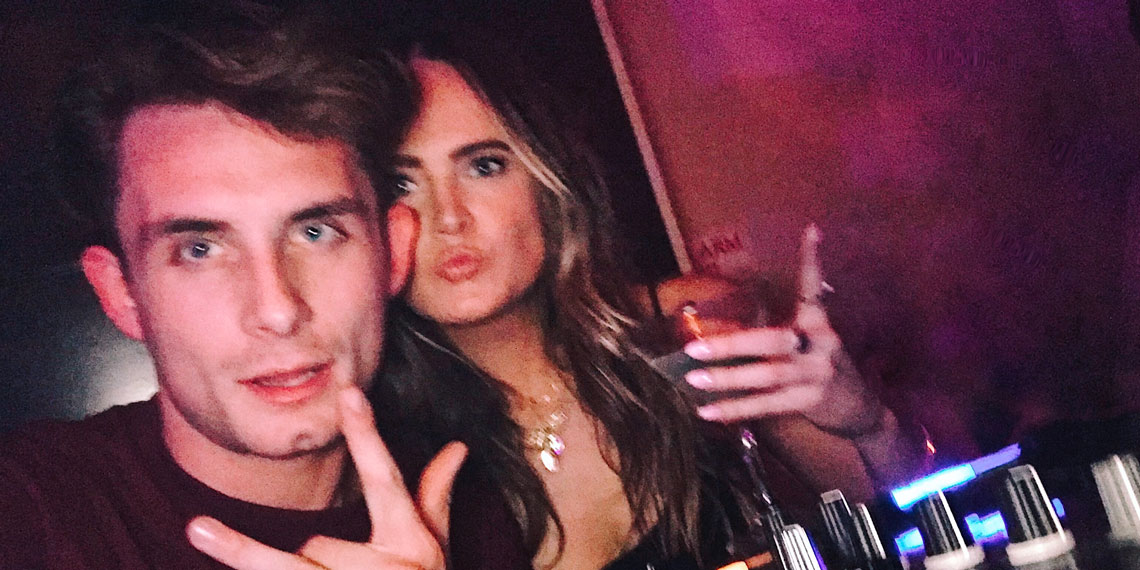 As a die-hard Vanderpump fan since the it’s-my-birthday-Stassi days, the very first thing I did after finding out my family was taking a trip to California was get on my phone and secure a reservation for dinner at SUR. Specifically, I reserved dinner for the night of May 16th, a Tuesday night aka #SeeYouNextTuesday night. Now, some people may think it’s sad that this dinner was what I was looking forward to the most out of all of our fam plans for our first trip to Cali. But sadly for those people, they clearly have never experienced the reality TV gold that is Vanderpump Rules. Like, sure I was looking forward to hiking Runyon Canyon and seeing the LA Dodgers play, but nothing could even begin to compare to my level of excitement and anticipation of a Tuesday night at SUR.

I mean, at one point my dad had suggested we move the dinner to a different night, one that would better fit into our vacation schedule so we would have time to visit Malibu. But, I immediately shut him down. Sure, it meant my entire family missed seeing Malibu which, in hindsight, given the recent devastating fires there, probs would have been great to see. (Sorry, fam.) But I don’t regret my decision. Why? Because last night, as I sat in pure bliss watching the season seven premiere of Vanderpump Rules, I realized that the whole f*cking episode revolved around See You Next Tuesday, but not just any, the See You Next Tuesday THAT I WAS AT. Buckle your seatbelts Vanderbetches, because I have a first-person account of exactly how DJ James Kennedy’s insensitive freestyle rap went down. Because ladies and gentlemen, it seems this season’s feud is finally not about the pasta.

After having an absolutely delicious dinner, the night’s drama-causing events began. (@Everyonewhosaysthefoodsucks my whole fam loved their meals, not just me. And, considering I dragged my whole fam here for the overpriced dinner, I was delighted that everyone actually did enjoy it. Oh, and P.S. the goat cheese balls really are as f*cking amazing as everyone says.) Now, I already know your next question…who was your server? Was it Katie? Scheana? Brittany? None of the above. Sadly, we did not have a reality star server. But that’s not to say that our server wasn’t definitely trying to get on the show, given he was an LA pretty boy who sucked at his simple job of refilling my water glass. He was sweet, though. Hey, maybe look out for Colin on season eight! (Was that his name? I don’t remember.)

Back to what you came here for. As I took the last bite of my incredible seafood pasta (pasta, lol) I practically choked on a piece of shrimp when I saw THE DJ James Kennedy come strutting through the front door, complete with DJ equipment in hand. My parents were definitely questioning my sanity and overall personal values as I sat the rest of dinner shook with pure excitement in anticipation of seeing the White Kanye perform before my very own eyes.

See You Next Tuesday Begins…

Right around 9pm or so, the sweet unoriginal beats of James Kennedy graced my ears and everything was right in the world. My sister and I squeezed our way into a prime spot next to the DJ booth, where I could reach out and touch James Kennedy, not to mention get some fire Insta stories of the artist at work. Note: the “dance floor” and space where his booth is set up, is in a corner with very limited space. Ideal for getting up close and personal, but not ideal for avoiding having my drink knocked out of my hand by some thirsty thot who had maybe seen three episodes yet was claiming to be a “mega fan.” Uhm, excuse me b*tch, but “mega fans” don’t get a pic with James and then just bounce. True “mega fans,” such as myself, stay and support White Kanye in his artistic endeavors, even after getting that like-worthy pic.

Besides James, there weren’t any main cast members there that night (or so I thought.) My true dream would have been to meet Queen Stassi who I’ve been obsessed with for years. But truthfully, at this point I was just beyond content with having met the legend that is DJ James Kennedy. Everyone says I’ve never looked happier than in this pic, and honestly they’re not wrong.

Ariana’s brother was behind the booth with James for a little, but this was of little interest to me. Also notable, Billie Lee was there and acting extra. She was walking around the See You Next Tuesday scene with her hood up to suggest that she didn’t want to be recognized…yet was hanging around the exact area where all the fans were. Relax, Billie Lee, it’s not that serious.

Anyway, my sis and I downed the amazing cucumber cocktails (that we still talk about to this day) as we danced the night away to the beats of DJ James Kennedy. I must say, before we get into the DIRT of this story, James Kennedy was amazing. As a DJ, he was good, although according to my college-aged brother he sucked, so maybe I was just blinded by my love for VPR. But DJ James Kennedy was amazing in the fact that he was truly having fun and didn’t at all act above any of it. He was more than happy to take pics (and shots, isn’t he not supposed to be drinking???) with everyone and anyone, and even played to my Insta vids. He was so fun, so down, and given that my entire vacation surrounded this night, I highly appreciated it.

With an hour or so left in the night, I went back up to the bar to get another one of those delicious $20 cucumber drinks and totally lost my sh*t when I saw Scheana saunter behind the bar. Slightly drunk, and overly excited, I frantically waved at her like a dumb f*cking loser. Like wtf??? I don’t even really like Scheana, why did I do that? She half smiled and waved back. It was v awk. As I turned away sheepishly to go report my encounter to my sister, I practically ran into Brittany and just about had another fangirl heart attack moment. Overwhelmed with emotion, I made the swift decision to just ask Brittany for a pic because, between Brittany and Scheana, it was a no-brainer. Sorry, Scheana, maybe you should have been a little more receptive to my overly enthusiastic wave.

Brittany was beyond nice, validating everything everyone on the cast says about her. Not to mention was super cute and had an amazing and fit bod, further validating that the camera really does add ten pounds. We got our pic together, and then I gushed to her about how beautiful she was because there was really no recovering my cool at this point. I’m a true fangirl, might as well embrace it. She graciously thanked me and even told me how beautiful I was too. Like, she probs says that back to everyone but I didn’t f*cking care. Could life get any better??? Could it??? COULD IT?!?!?

Oh, it could. Somewhere between a few more cucumber cocktails, Scheana’s at the DJ booth, legit on James Kennedy’s shoulders, as James is blasting “Good as Gold.” Gawd, what an awful f*cking song. But like, in the spirit of my Vanderpump night, Scheana singing and dancing to her own song thrilled me nonetheless. And, like, the song’s actually pretty catchy, I’ll give it that.

Then, it happened. The infamous freestyle rap heard round the world.

My sister and I were right against the DJ booth when DJ James Kennedy began his “creative expression” freestyle that ignited the feud that served as the subject for this season’s premiere episode. As he confidently uttered the words, “remember the time Jax f*cked Faith” the crowd went wild and Brittany, who had been practically standing right next to me prior, vanished into thin air. According to last night’s episode, she apparently left bawling. My sister, who had maybe seen one episode in her life, asked what had happened and I explained to her the entire plot of Jax f*cking Faith on top of an elderly woman (or something like that). As evidenced in the following video, James clearly thought he was being funny and standing up for Scheana, who had been getting a lot of sh*t for her behavior during season six, by directing the hate back towards Jax who has consistently proven himself to be a scumbag. You can tell on Scheana’s face that she was in shock over what James had just said but like, not enough shock to leave the DJ booth. I mean, she wasn’t the one who said it, and maybe she was stoked that James would once again be the villain that America would hate instead of her. Fair.

James set ended soon after the “incident” which was probably a good thing. I mean, at the end of the day, what he said was definitely hurtful and honestly just dumb since now, according to Jax, he won’t be invited to any of Brittany and Jax’s engagement events. However, I really don’t think he meant any harm by it, he just wanted to spit some freestyle for the fans!!! And I mean, in his quest to be the White Kanye, saying dumb sh*t is very on brand. I get it, James.