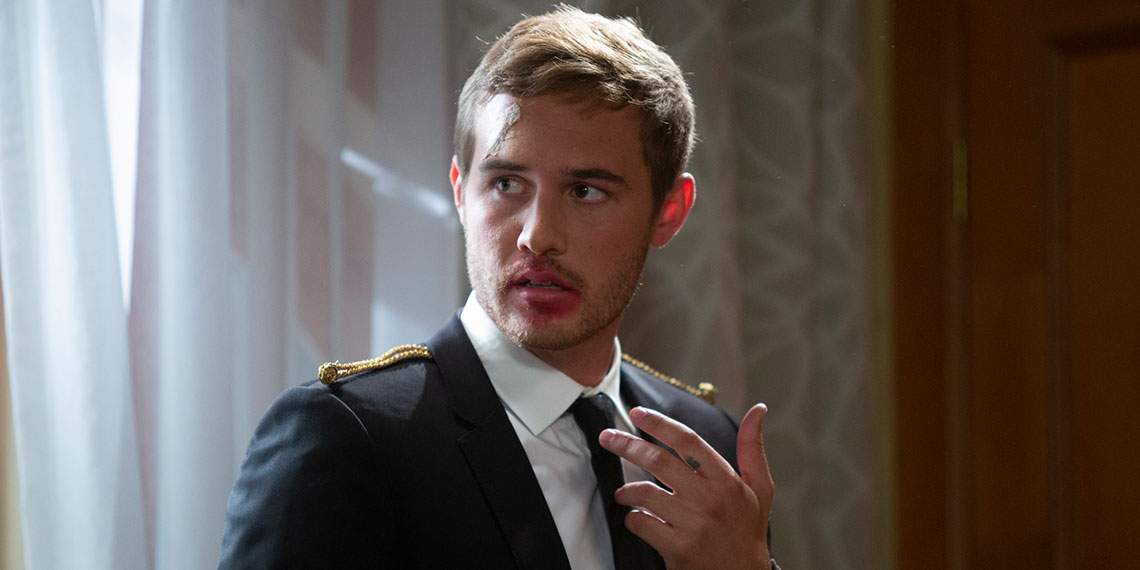 Is This How ‘The Bachelor’ Ends? The Final Spoiler Is Here

I know you all think the devil works hard and Kris Jenner works harder, but I can now definitively say that Reality Steve works the hardest. Because this man has just spoiled what Chris Harrison has described as the unspoil-able Bachelor season. *Slow clap for Reality Steve*. That’s right, this week the Godfather of reality TV spoilers finally got the confirmation he needed to reveal which Kappa Kappa Gamma social chair our precious Pachi is going to choose! See, 2020 isn’t so bad, after all!

Now, I don’t think it really needs to be said again because I’ve used the word spoiler an absurd amount of times so far, but to those of you not really paying attention because you’re recovering from the seven vodka sodas you drank last night when you went out for “just one drink,” the rest of this article WILL TELL YOU how The Bachelor ends. So if you don’t want to know, get the f*ck out. I don’t need any death threats in the comments, I already get enough of those from my family group chat. We’re not like Madison’s family, we don’t pass a plate around to compliment each other, we pass it around to smash on each other’s heads. So, with that, let’s take a look at how this all ends for our Bachelor.

Somewhere in the world right now, Peter is tormenting Madison with yet another salsa dance while he makes her beans and rice from a can and calls it “moro,” correcting her pronunciation each time. Here’s how it goes down: Madison leaves the show before the final rose ceremony. Peter then cancels that rose ceremony and doesn’t pick anyone. He goes home, pursues Madi, and eventually she gets over the fact that his dick was recently inside the girl featured prominently on her laundry detergent, and takes him back. They are currently dating but not engaged. Why do I get the feeling that since they’re not on The Bachelor anymore, those airplane hangar dinners have turned into dates at the Auntie Anne’s in Newark Airport’s Terminal A? I’m right, right?

Reality Steve also thinks that Peter is going to propose to Madi on After the Final Rose, which is how Chris Harrison is getting away with saying “Even Peter doesn’t know how it ends!” Which makes sense, because if Peter doesn’t know who he’s with right now I think that golf cart injury caused a much larger problem than just a gaping head wound that not even TV makeup could keep from looking like a vagina on his forehead.

chris harrison: not even peter knows how this season ends…
me: #thebachelor pic.twitter.com/Kua8bodZju

Now, there was a bit of excitement after Reality Steve posted his final spoiler because apparently what happens in this finale is more heavily guarded than a cruise ship filled with coronavirus. In the aftermath of his spoiler, he tweeted this:

Just gonna put this out there. Since my post this morning, I’ve been on my phone non stop. Plenty of things being said. The whole thing is a mess. Being told so many different things now. Original sources sticking by what they said. New sources saying that’s not it. It’s madness!

So, what does that mean, Steve?!?! I’ve got a deadline and I can only pretend to be looking for GIFs for my real job for so long before my boss starts to catch on. Nothing I work on in corporate America requires a short video of Kristen Wiig miming a blow job! So I’m going to give you a very professional line I obviously learned from People magazine: as of press time (lol), Reality Steve has not changed his spoiler so we’re going with it. Madison is the winner. Sorry, I mean Madison is the lucky recent college graduate who gets to spend the rest of her life with the black stain on Delta’s reputation.

Unfortunately, this means that the theories I wrote about earlier this season have been proven false. Shall we revisit a few of them for a little fun?

No One Is Pregnant

Let’s acknowledge the Élephante in the room. I’m hanging with my chicks ❤️

This theory was recently revived by the fact that Kelley wasn’t at the Women Tell All taping. Kelley stans claim that’s because she got pregnant with Peter’s child during their hotel encounter in August. How romantic! But let’s not pretend like Peter isn’t one to prematurely ejaculate in a bathroom stall during their first sexual encounter, okay? Reality Steve says Kelley is not pregnant, and I’m inclined to agree. If she was, she would be seven months along right now! ABC would never be able to resist a Beyoncé-style reveal at the WTA; she would have definitely been invited. Plus, if any girl on this show was trying to get pregnant to trap our lead, don’t you think it would be someone who is, say, a “content creator”, rather than a lawyer? Exactly.

He Does Not End Up With a Producer

New Years Eve lunch with the gang at Carmine’s

The producers of The Bachelor are all bound by a blood oath and a coven of 100 witches to never turn against ABC, never f*ck a lead, and to receive 35k a year as payment for ruining contestants’ lives (and then devise a segment on how bad bullying is). So this was never going to happen. My condolences to all of you poor, innocent souls that bought this one. I hope you’ll be more cynical next time.

Hannah Brown Does Not Come Back

Much to our Bachelor recapper’s dismay, Hannah Brown will not be returning to steal Peter’s heart. She thought about it, but then she saw the pus oozing out of his stitches and immediately demanded that the historic windmill in which they banged (four times!) be destroyed and found a doctor to perform the Eternal Sunshine of the Spotless Mind procedure on her.  She is now living in bliss with no memory of Peter, off to dance her ass off on tour with a more lucrative ABC show.

Will you accept this tea? ☕ Hannah Brown turned down the offer as the next #Bachelorette, and after today's announcement, we want to know your thoughts. ⬇️ (📷:Getty)

And there is your final Bachelor spoiler of the season! I’m looking forward to being chained to my couch for four hours next week to watch something play out exactly as I know it will! I’ll see you all there. Bring me wine!