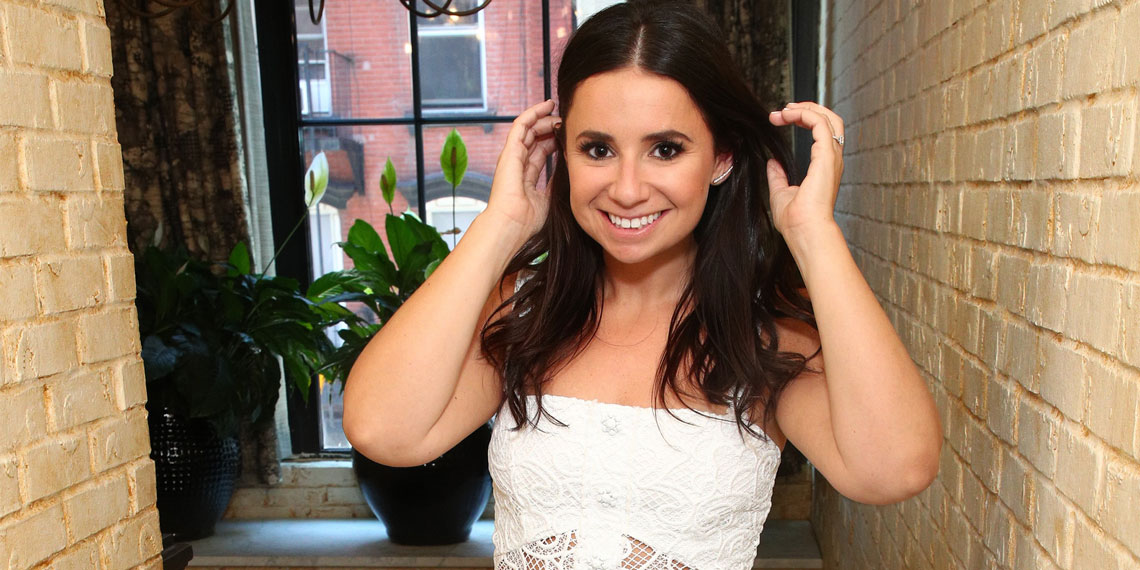 It’s been said that any time a girl gets married  a group of friends is required to attend no less than five events to celebrate. Of all these events, the bridal shower is probably the most frequently sh*t talked, which is no surprise given some of the traditions associated with it: making the bride a hat she’ll never wear, forcing her to open presents while putting on the greatest acting performance of her life, slowly sipping exactly one glass of rosé and talking about nothing. It’s no surprise that the bridal shower is due for a rewrite.

So when it came time to throw a bridal shower for cofounder and CEO of Betches Aleen Kuperman, we knew we had a chance to do something different. You might remember Andy Cohen’s legendary baby shower from a few months ago, and if we could point to anything as our inspiration, this was it. Idk if we’re still using the word “lit” publicly, but behind the scenes we’ve been referring to it as Aleen’s lit bridal shower throughout the planning.

We threw the shower in the private room upstairs at Dirty French, an amazing French bistro style space in NYC that’s part of the Major Food Group, and we honestly couldn’t have dreamed up a more perfect spot.

Like seriously, this bar belongs on some sort of vision board (if you’re into that). They set up both a make your own Bloody Mary bar and a mimosa bar.

Now let’s talk about the custom drinks. When we arrived, guests were offered champagne with a cotton candy skewer on it, something that basically walked out of my insta feed and into this party. There were also drinks named after Aleen and her fiancé, Rusty.

In case these names need explanation, LeenzyBetch is a variation of a nickname Aleen had in high school. (Can you guess? It’s Leenzybitch.) Rusty is a ginger who will be married soon.

The food was unreal and included all the ideal brunch foods for those still enduring their hangover from the night before. Think pancakes, eggs, cheeseburgers and fries, tuna tartare with crepes.

The party was planned by freelance planner Hali Goodman with the help of Betches cofounder Sami Fishbein. We wanted to incorporate elements of things that Aleen loves, from a cookie cake to cookies with a Friends reference to tequila with simple instructions.

Aleen wore the Lyssa tiered ruffle lace dress by Alexis and Rosalind gem ankle-strap sandals by Sophia Webster, and she was styled by Your Soul Style.

We also knew that to get everyone dancing we needed a great DJ. Which is why we went with Prosecco Pete, who was perfect not just because of his name, but because he’s an expert in the basic betch music genre.

Rusty came, and Aleen wasn’t surprised because she told him what time to come.

Of course we did some of the traditional sh*t, like the newlywed game and heartfelt speeches from the moms. Awwww. The bridesmaids shared funny stories, many centered around various boy crushes Aleen has had throughout her life.

We also played a game called the toilet paper game (the unofficial name), where two teams have five minutes to create a wedding dress out of toilet paper, and the bride judges who won. We played adults vs. younger adults (aka moms’ friends vs. Aleen’s friends). None of us had ever played before but it was very fun, especially after two hours of LeenzyBetches.

So should you ever find yourself in charge of planning a bridal shower, feel free to take this concept. Literally everyone will be grateful they didn’t have to ooh and ahh over a salad spinner that’s about to get exchanged for cash.