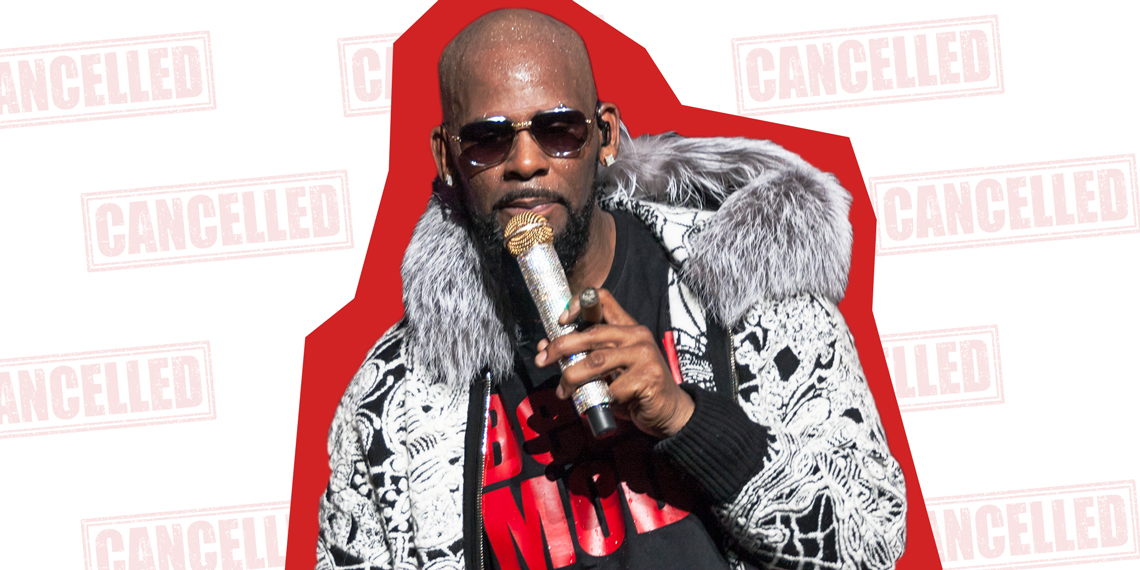 I Listened To All 19 Minutes Of R. Kelly’s Song So You Don’t Have To

If you’ve spent any time on the internet in the past, um, decade, you probably know that R. Kelly is a trash human with a horrifying track record of mistreating women. From his illegal marriage to Aaliyah when she was 15 to peeing on a 14-year-old to the truly wild sex cult story, it seems pretty apparent that he’s not a great guy. He should’ve been fully canceled long ago, but for some reason (because people lose their minds for the “Ignition” remix), he still hasn’t been fully canceled. On Monday, he tried fighting back at the haters, in the form of a 19-minute song that was only released on SoundCloud.

There’s really no reason you should waste 19 minutes of your life listening to this boring mess of a song, because I already did, and I’m going to break it down for you. First of all, no song in the world ever needs to be this long. It’s really just lazy. Instead of being creative and making, like, six different songs, R. Kelly just picked one beat and did for like, 14 verses in a row. This is like the musical version of when I had to write a 15-page paper in college and only had enough material for four pages. The main difference? My professor was going to fail me if I didn’t hit 15 pages, while literally no one cares about how long R. Kelly’s new song is.

The song is called “I Admit,” which is obviously supposed to be a provocative title. You’d think he’s going to own up to all of the crazy accusations over the years, but you’d be wrong. He addresses everything, but he clearly still has a lot of issues with saying he’s done anything wrong. He does admit to lots of other things, and here are some of my favorites:

I’ve gotta say, it makes total sense that R. Kelly’s idols include Steve Harvey and Hugh Hefner. I mean, what did I expect, Ruth Bader Ginsburg? The part about the girl being underage could refer to literally so many different incidents, because R. Kelly’s favorite trait in a woman is her being younger than 18. And speaking of telling the truth, let’s get into the parts of the song where he addresses some of the serious allegations made against him.

“I admit I f*ck with all the ladies, that’s both older and young ladies (ladies, yeah)
But tell me how they call it pedophile because that sh*t is crazy (crazy)
You may have your opinions, entitled to your opinions (opinions)
But really am I supposed to go to jail or lose my career because of your opinion”

Ah yes, opinions. Personally, I don’t feel that adult men should be having sex with 14-year-olds, but that’s just my opinion. Funny enough, it’s also the opinion of THE LITERAL LAW, but somehow R. Kelly hasn’t wound up in prison for any of this yet. Also, Kels, we call it “pedophile” because it is the DICTIONARY DEFINITION OF THE WORD. Lord, this man is something else.

Now let’s get into some of the really fun stuff.

“But I admit that she asked me, can I get a little Hennessy? (yeah)
We both turned off our phone, we drinked, I smoked, we talked
I admit that I tore it off (our phone, we talked, it off)
From my good points to my faults (faults)
She said ‘What about Aaliyah?’
Said love
She said ‘What about the tape?’
I said hush
I said my lawyer said ‘don’t say noth”
But I can tell you I’ve been set up (up)“

Ugh, don’t you hate when you’re on a date and the other person just has to bring up that time a video leaked of you peeing in a 14-year-old’s mouth? Or that time when you married a minor when you were 27? Same. I’m glad to know he’s just been set up, that makes me feel a lot better. The sad thing about this is that there are probably lots of women out there who would still kill to sleep with R. Kelly, just in the hopes of getting some little sliver of fame. It’s tragic.

But now, what we’ve really been waiting for: the sex cult.

Okay, I just need to say that “silly” doesn’t really feel like a strong enough word choice here. If someone accused me of kidnapping women and making them my sex slaves, I would probably work on a stronger defense than “omg, that’s so silly!” Silly is a dumb word in general, but that response is more appropriate for your friend messaging guys from your Hinge profile, not allegedly committing sex crimes. Also, you don’t need a creative writing degree to perform a close reading and conclude that R. Kelly’s entire defense essentially amounts to the word “really”.

Actual footage of R. Kelly in court denying the sex cult allegations made against him:

The judge: I hereby sentence you to life in prison.

Anyway, back to the song.

R. Kelly has clearly not heard of the wonder that is dictionary.com, but he also doesn’t seem like he’s trying that hard to say that the sex cult stuff didn’t happen. I mean, we all basically know it happened, but this is a weak effort. It’s like if you ask your friend if she hooked up with her ex, and her response is just “what does ‘hook up’ mean?” Whether or not there was penetration, her ex was definitely involved. And to sum up R. Kelly’s feelings about everything:

“I’m not trippin’ on all these rumors, that don’t bother me.”

Two things. First, if you’re accused of sexual assault/child porn/statutory rape/kidnapping/etc. and it doesn’t bother you, I have concerns. Second, nothing says “I’m bothered” like recording a literal 19-minute song responding to your haters.

Please don’t bother listening to the song, because it’s not even catchy, and you could spend that time doing literally anything else. As for R. Kelly, now that he’s had a chance to respond to all the allegations, can we please cancel him forever? Is that too much to ask?