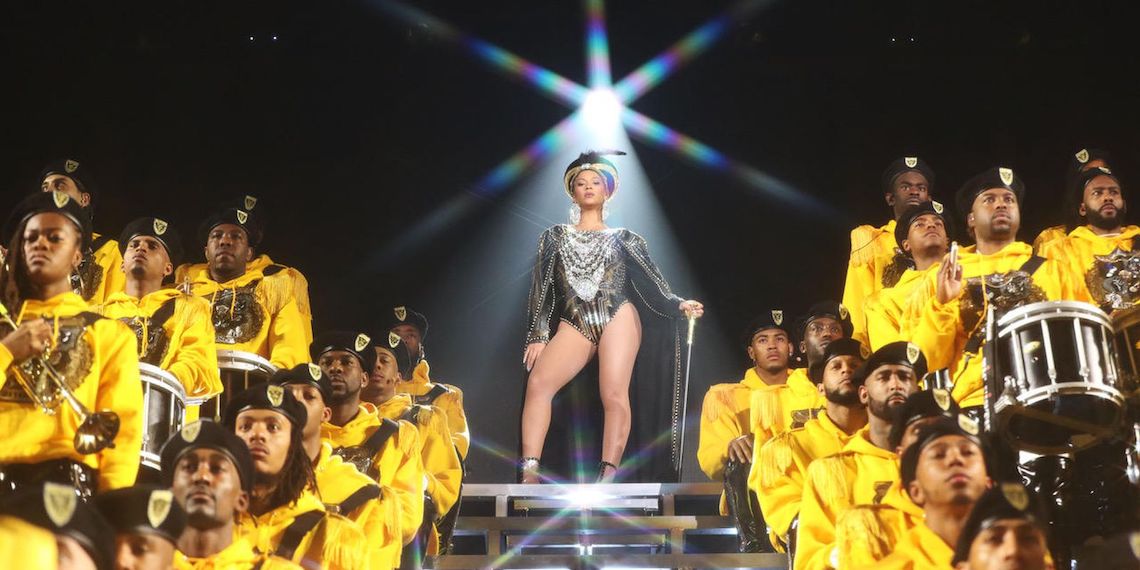 ‘Homecoming’ Is More Proof That Beyoncé Really Is That Bitch

On Wednesday, Beyoncé did what she does best: she broke the internet by surprise-dropping a new project. This time, we’re extra spoiled, because we get both a Netflix documentary and a live album. Both are called HOMECOMING, and they’re a celebration of Beyoncé’s historic headlining performance at last year’s Coachella festival. We didn’t know exactly when the release was coming, but the timing is no coincidence. Beyoncé isn’t performing at Coachella this year, but she just made sure she’ll still be the center of attention.

As a documentary, HOMECOMING is mostly a concert movie, with some behind the scenes video interspersed throughout. In these segments, we get a peek at what really makes Bey tick. This is great, because Mrs. Carter is usually one of the most private celebrities. She shares her vision of making the Coachella performance a celebration of historically black colleges and universities, complete with a black orchestra, step team, and tons of amazing dancers. The rehearsal process was no joke, and it’s amazing to see some of the work that went into creating such a groundbreaking performance.

In HOMECOMING, Beyoncé also shares her personal struggles leading up to her Coachella performance. She had to cancel her appearance the previous year due to her pregnancy, and she talks about her difficult pregnancy, and needing an emergency C-section to. save one of her twins. To get back in shape for the performance, she adhered to a strict diet and exercise routine over several months, and one of the best moments is when she proudly FaceTimes Jay-Z to show him that she can finally fit in her old costume again.

But throughout HOMECOMING, the absolute best moments are when we see Beyoncé and her massive crew up on the stage at Coachella. I love Bey, but sometimes it feels like people take her a little too seriously. But in HOMECOMING, she proves over and over again that she is the real f*cking deal. Her vocals are on point. Her choreography is on point. The entire performance is just masterful. Not to mention, she’s hot as hell, and I want every single outfit she wears. Also, I forgot that she wore yellow one weekend and pink the next, so the first time the colors switched in the movie, I literally thought Beyoncé used magic. I wouldn’t be surprised.

Due to personal reasons (the release of #HOMECOMING) I will not be coming into work today.

Beyoncé obviously takes herself and her work very seriously, but I really can’t blame her after watching HOMECOMING. If you’re not lucky enough to get to watch it during the work day, you should really watch as soon as you get home. You’ll feel like a f*cking flawless betch, because that’s the power of Bey.