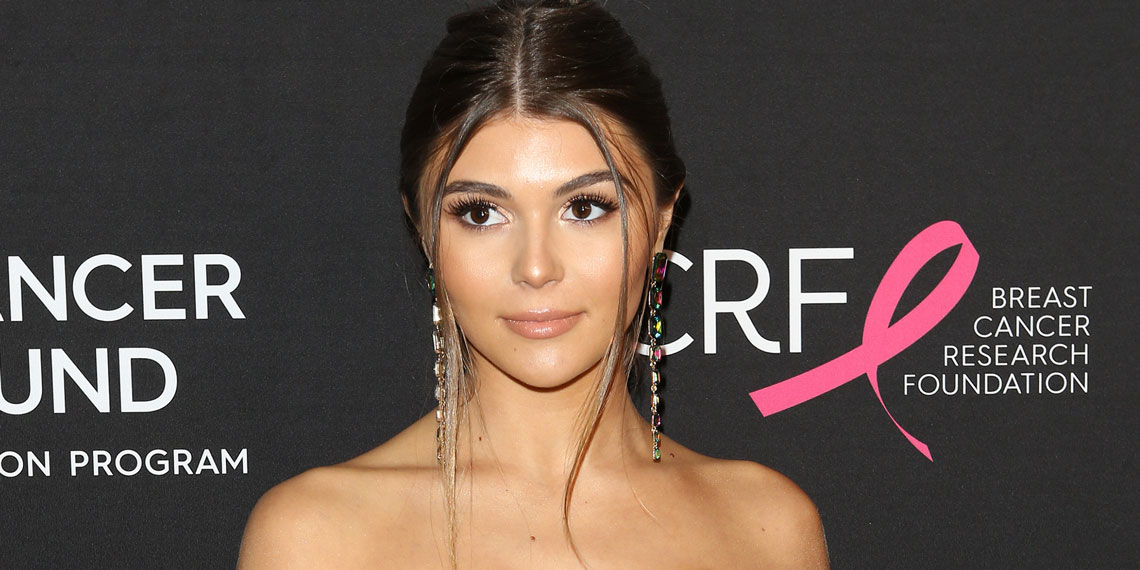 Here’s How Olivia Jade Is Reportedly Handling The College Scandal

It’s been weeks since news of the celebrity college admissions scandal broke, and it’s still one of the biggest stories in the news. While I’m not surprised that any of this stuff was happening behind closed doors, the scandal has still been shocking for different reasons. First of all, I never thought I would be this invested in the life of a teenage YouTuber. I hate to admit it, but I care deeply about what’s going on with Olivia Jade. In the past couple of weeks, there have been dozens of stories and rumors going around about Olivia and her family, and it’s tough to keep track of what’s going on. Let’s do our best to run through the most important Olivia Jade stories that have been going around.

First off, Olivia allegedly isn’t talking to her parents, and is staying with her model boyfriend, Jackson Guthry. Olivia’s friends are apparently urging her to reconnect with her parents, because they maintain that Aunt Becky and Mossimo were just trying to do what’s best for her. I feel like if her parents really wanted to do what’s best for her, they made a few small mistakes. Like, maybe they should’ve let her develop a work ethic on her own, and also maybe they  shouldn’t have committed felonies that would end up humiliating her publicly and ruining her career. But then again, her mom does duck face in pictures, so maybe she went to the Regina George’s Mom School of Parenting, and just didn’t know any better. She probably paid half a million dollars to get in there, too.

USC, brand partnerships, her entire empire—done for. Olivia Jade is in complete "crisis mode," while Lori Loughlin is in "seclusion." Link in bio for their new reality since their lives took a complete 180°. (?: Instagram)

Olivia’s own friends might be the only ones who are supporting Olivia’s parents, because her parents’ friends are reportedly distancing themselves because they’re “so disgusted.” Um, I’m sorry, but buying your kids a college degree is far from the biggest scandal in Hollywood. I wonder if all these rich people were as quick to react when their friends got #MeToo’d. But Danny Tanner is standing by their side, and I’m sure Uncle Joey is too. I bet they think the whole thing is despicable, but based off Full House, they’ll take whatever they can get in terms of friends. John Stamos has yet to make an official statement, and the Olsen twins probably don’t remember who Lori Loughlin is.

It’s reported that Olivia feels like she’s a victim in the situation. Look, the way society works these days is that every week, we find a new witch to burn at the stake for the sake of entertainment, and to feel better about ourselves. Right now, Olivia and her parents are said witches. I’m sure a lot of people would disagree that she’s a victim, but she didn’t even want to go to college in the first place—her parents actually made her do it. She wanted to focus on her beauty brand, and is now losing deals left and right. Love her or hate her, she actually worked to build her brand, and now she’s watching it crumble. If she really didn’t know what her parents were doing, I actually sort of buy that she’s a victim here.

Olivia and her sister have also reportedly dropped out of USC because of “bullying.” I totally buy this, because I would probably do the same thing if I was in their situation. USC said they were resolving whether or not the students involved in the scam should stay or go on a “case-by-case” basis, but they are claiming these girls haven’t dropped out…? Wait, what? So my guess is that Olivia Jade and Bella leaving is more of a “You can’t fire me because I quit!!” scenario to save face.

The media is also doing whatever they can to unearth past info on Olivia and Bella (oh, that’s her sister we keep forgetting about, BTW!). Bella apparently was on the lower spectrum of the average expectations for students admitted to USC but there’s no word on Olivia’s grades. However, this rando YouTuber said she went to the same school as Olivia Jade for ONE WHOLE WEEK, and while they never spoke at all, she’s pretty sure Olivia didn’t do that well if she was off making videos and mingling at NYFW instead of doing six hours of homework every night. Okay, chill. There’s no way you were actually doing six hours of homework every night in high school. Let me just say again that this chick never even spoke to Olivia Jade. Does breathing the same air as a celeb mean that you’re an accurate resource for their personal life? If so, stay tuned for my upcoming YouTube video where I talk about whether or not Kylie will be friends with Jordyn again, because one time my cashier at Urban Outfitters modeled with them for Yeezy, so I apparently have the authority to talk about it.

So we don’t really know about Olivia’s high school accomplishments, but she did say on a radio show that she loves when teenagers DM her for advice on applying to college. First off, young, impressionable, innocent girls, here’s your college admissions life hack: TALK TO YOUR COLLEGE COUNSELORS, NOT A YOUTUBER MAJORING IN COMMUNICATIONS. While this is distressing, I’m more surprised that Olivia actually reads those DMs. I thought they’d be lost amongst requests from guys who live in their moms’ basements berating her looks or asking for feet pics, but I guess she actually sees (and reads?!) those DMs from her fans. I can barely bring myself to respond to people from my college or randoms messaging me on LinkedIn trying to ~network~. Either she’s a really good samaritan who would deign to give BS college advice (which I doubt) or she doesn’t even engage with said DMs but is trying to make herself look relatable and wholesome by saying she’s DMing these fans.

Since the scandal broke, Olivia and Bella have been lying low—no social media posts, no paparazzi shots, nada. Bella’s profile is on private, and sources close to Olivia Jade claim she says that she’s also “staying off social media.” And by “staying off social media,” I mean she’s probably only posting Instagram stories using the close friends feature. THE STRUGGLE. My shrink always says to me, “Instagram isn’t reality, it’s just a highlight reel.” But what could Olivia possibly be highlighting right now? She won’t even go out in public. However, her boyfriend’s Instagram comments section is lit with zingers like “How much did Olivia Jade pay you to get in her?” Maybe be a good boyfriend and turn off the comments for Olivia’s sake, dude.

The rejection also said the request was too vague about what beauty products she wanted to hawk. They wanted her to be more specific than just saying “concealer” and “lip kits.” As someone who uses her fingers to apply makeup, I don’t see how much more specific you can get, but YouTube beauty gurus are in a league of their own. I’ve seen these makeup tutorial videos. They’re so complex, and involve such finesse that I’m pretty sure these influencers could have been asked to paint the Sistine Chapel if they were alive back then. Meanwhile, I’m wearing mascara from CVS and haven’t bought foundation in like, a year.

Okay, glad we’re finally all caught up on Olivia Jade. I definitely deserve an edible and a nap after writing an essay that involved more research than Olivia Jade ever did during her time at USC. I’m still impatiently waiting for her or someone from her family to make a public statement, but until then, rumors and TMZ reports will have to do.