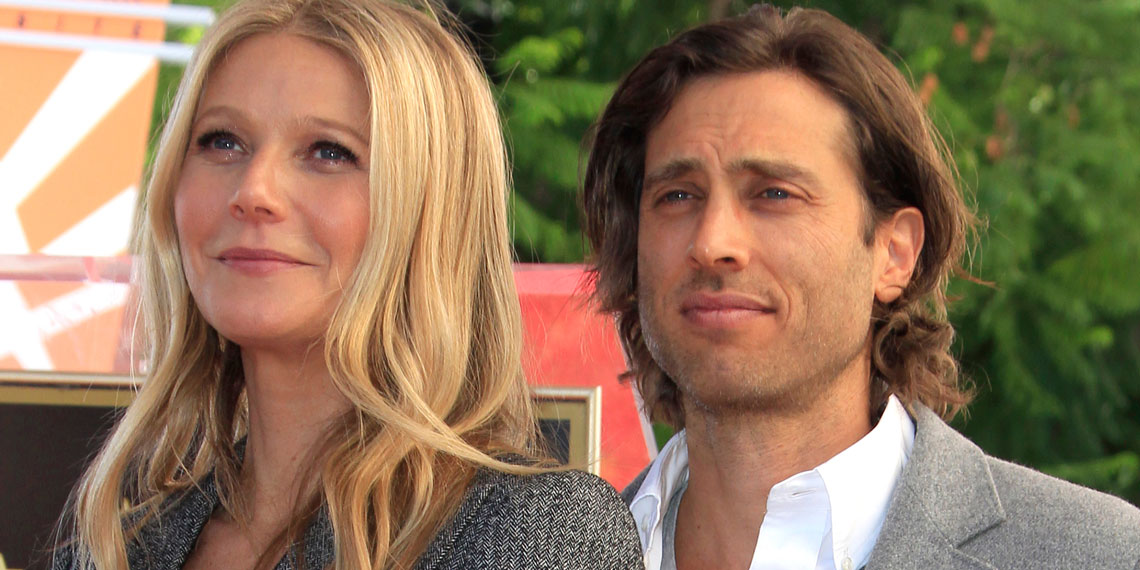 Gwyneth Paltrow Doesn’t Live With Her Husband, And We’re All For It

If you’re a neat and organized female who has ever been invited to a man’s apartment, you already know you’re in for a hot f*cking mess before you even go inside. You know who may feel this even harder than I do? My true Khaleesi, Gwyneth Paltrow, who recently revealed that she and her husband of nine months don’t actually live together. While some are utterly shooketh over their unconventional setup, I am in awe and needed to know more, so I paid five pounds for a The Times subscription to read her full interview on the matter. And about a quarter of the way into the world’s longest article, the British publication reports, “Interestingly, she and don’t live together yet, though he is close by. He sleeps at his own house when his children, Brody and Isabella, stay; on the other four nights he’s chez Paltrow.” So why don’t the lovebirds—she the founder of the lifestyle brand exclusively targeted at the .03% and he the co-creator of TV’s most terrifying shows, American Horror Story and Glee—live together? I imagine it’s because every piece of furniture in her home is white and her OCD starts to act up when too many people breathe on it. But contrary to my theory, Gwyneth has no shame in revealing the real reason and I have to say, I’m about it.

The reason for their living arrangement can be attributed to the concept of polarity, which her intimacy teacher, Michaela Boehm, says keeps the relationship “fresh.” Jesus f*cking Christ, an intimacy teacher? Is this an actual job title? *Checks LinkedIn* So, like, does this make Doreah an intimacy teacher then? I mean, she def taught the Mother of Dragons a thing or two about being ~intimate.~ Anyway, while I literally can’t stop laughing at the fact that there is an actual person out there calling herself Gwyneth Paltrow’s intimacy teacher, I don’t totally disagree with her MO. She’s basically saying that spending just a little time apart keeps the mystery, vibrancy, and passion alive, which is def fair. I think the reason Gwenyth’s admission was, and is, still making headlines is because it’s such an unconventional take on marriage coming from such an absurdly traditional woman. I mean, she’s authored not one, but five cookbooks and looked more traditional than apple f*cking pie on each cover. The thing is, though, Gwyn isn’t really doing anything that crazy, according to Dr. Catherine Aponte, clinical psychologist and author of A Marriage of Equals.

In honor of our @goopmen launch, I want to shout out some of the most special men in my life (we also named our inaugural G. Label Men’s after them). @bradfalchuk @rstrauss16 @danldees @tleness @miguel_tied @tonywoods7 #jakepaltrow. Follow @goopmen and sign up for the newsletter at goop.com. From now on, we will have a Men tab on our site as well as a monthly newsletter devoted to you—from health to travel to an occasional circadian-rhythm-supporting lightbulb. We’re kicking it off with a special newsletter edited by our great friends and goopfellas podcast cohosts, chef Seamus Mullen and functional medicine practitioner Dr. Will Cole. We’re also launching G. Label Men—a collection of quality classic knits made in Italy. So ask yourself: Are you crystal-curious? And even if you’re not—are you, simply, curious? About the world, how to fit into it, what it means to live in 2019. We all get a little lost. We all wrestle our own shifting paradigms. We all want to grow and be present in our lives. Guidance from a clinical nutritionist, a psychotherapist, an intuitive, even a travel guide to the best adventure escapes can be an awfully welcome thing when you’re searching for some grounding. goop doesn’t claim to have all the answers, but we’re pretty committed to looking for them. Besides, men can make cookies with avocados instead of butter, too. Let’s not put people in boxes. So click on stuff, read stuff—fuck it, go on a cleanse. You deserve it. And most of all, welcome to goop. Love, GP

Maybe she’s onto something and we shouldn’t be so quick to judge. Maybe every single married person is dying for a night or two off from their relationship to catch up on Planet Earth while deep-throating a burrito in bed, but everyone is too afraid to bring it up to their partners because of all the judgmental, behind-on-the-times Charlotte York Goldenblatt’s out there. Look, not spending every waking second with your spouse is not a domestic crime, okay? Wanting some me time doesn’t make me a terrible partner. On the contrary, it just confirms that I am a sane person for not crawling into a hole and losing my sh*t for missing one second of my lobster’s life if I, like, blink. Dr. Aponte says, “To co-create a marriage that works, a husband and wife must maintain a simultaneous perspective of themselves both as individuals and as a couple. This arrangement is this couples’ way of ‘being in this together’ while also having individual life plans.” This is an instance where I have nothing smarter to add, so I’ll just say “preach” and move on.

Generally, if I’m ever talking about Gwyneth Paltrow, it’s usually to make fun of something stupid she did like promoting the hormonal benefits of sticking a jade egg up your vagina or naming her children Apple and Moses. However, today I am here to commend the woman who sold me on an $85 silk pillowcase and convinced me that Great Expectations is cool. Look, admitting your life is anything but perfect in the Instagram tornado we call the world isn’t easy, but since we literally all know that it’s all fake, why not just cut the sh*t and be real?! That doesn’t mean you have to start posting pics of you and your S.O. arguing over dinner, but there is absolutely no reason to be out here pretending you live in a perfect relationship because we know it’s all a bunch of crap. I have so much respect for Gwyneth now that she’s trailblazing a realistic way to live out your dreams! In fact, Dr. Aponte says that married people should be spending some time apart if they want to retain at least a shred of their individuality. Put more eloquently, she says, “Having time alone is an affirmation of having status as an individual and having one’s own life plan in the context of being a committed relationship.” And that makes sense because we need to establish some sort of balance between being our own selves and part of a couple.

Yes, I’m fully aware that not everyone can afford to pay two separate rents like the Paltrow-Falchuks do, but there are less expensive/elaborate ways to have slightly separate lives when you want. For instance, go the Carrie Bradshaw route and just kindly let your partner know that you’d like some alone time and then just, like, go in your room and shut the door. Boom. You’re living à la Gwyneth without spending a single dollar. Genius!

At the end of the day, the problem isn’t wanting a day or two to yourself, it’s that shows like This Is Us have trained us to feel guilty for needing a second of alone time. Gwyneth even says, “Oh, all my married friends say that the way we live sounds ideal and we shouldn’t change a thing.” But really, there’s no need to be jealous because having being part of a couple while having slightly separate lives is an option for everyone, not just Pepper Pots. The only issue with this kind of arrangement is that it’s really stigmatized. Dr. Aponte says, “The stigma associated with this arrangement is most likely due to the perceived threat of affirming one’s individuality in the traditionally defined marriage of being individuals. It is a threat to the idea that we are two who become one in marriage.” I mean, yes in every sense of the word. Let’s not forget that we live in the year 2019 and there are a million and a half types of relationships out there to explore and embrace. To finish it on a strong and feminist note, Dr. Aponte adds, “I think this stigma is particularly aimed at women who wish to have careers (not just jobs).” As sad as I am to agree, I completely agree and we need to do something about this.

My best friend from childhood, for instance, is climbing the corporate latter at one of the East Coast’s largest real estate firms, but she literally just quit because she got engaged and “wants to focus on her marriage.” After I picked my jaw up off the ground, I asked her why in hell she can’t make a little space in her enormous Ivy League brain to be an amazing wife and #getdatmoney, and she literally just kind of shrugged and changed the subject. Because I want to preserve our lifelong friendship, I didn’t press too much harder, but I am truly not okay after hearing this.

More women (and men, honestly) need to come forward when it comes to saying how you really feel about your marriage and individuality. Like, if Gwyneth says that embracing your desire for alone time is ok, you better believe it’s legit. So if you feel like you need a minute, take it, people!