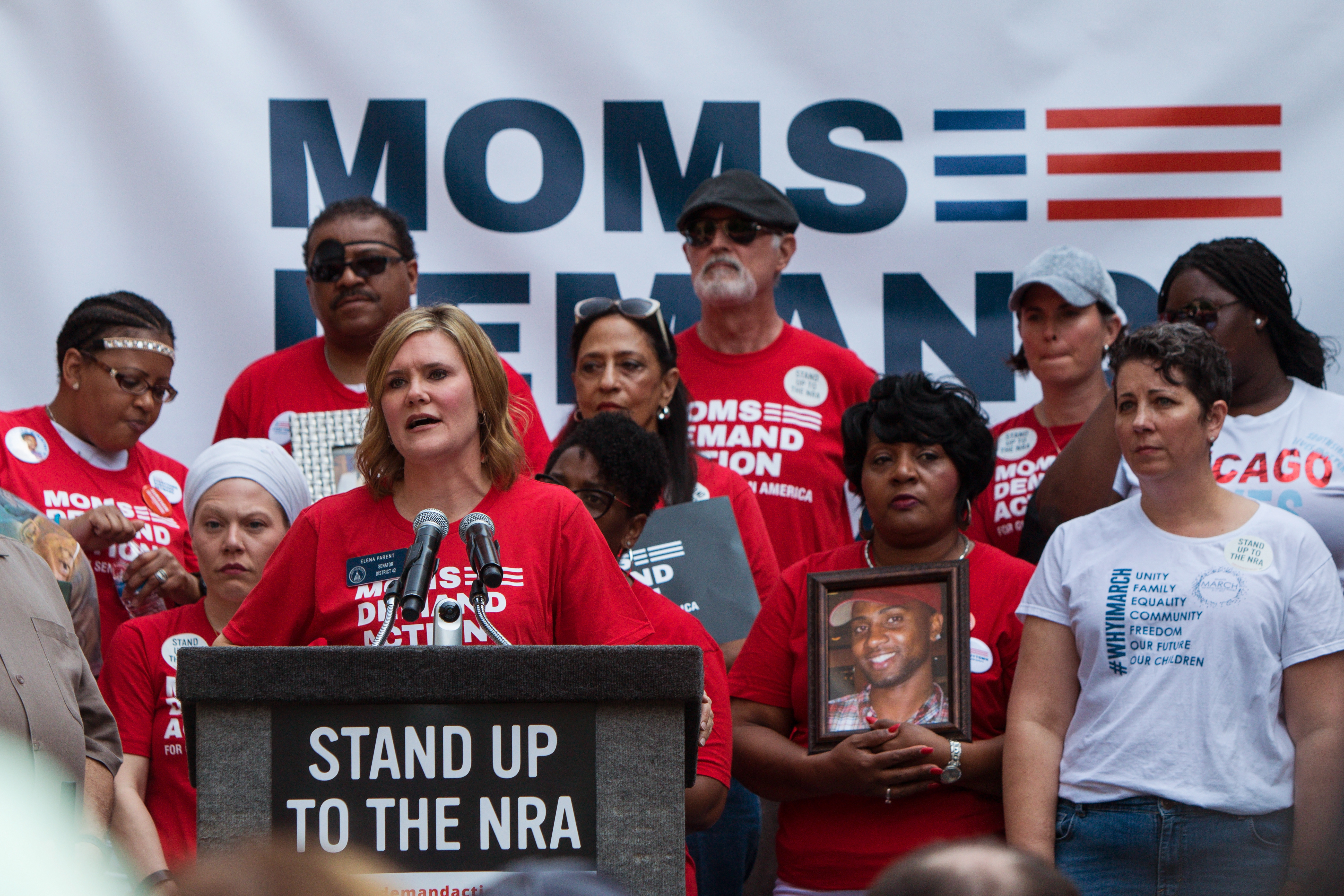 5 Perfect Clapbacks To Gun Nuts On The Internet

You know what I’m sick of? I mean, literally everything, but more specifically I am sick of arguing about gun control. But for some reason, some people don’t agree with me. Unbelievable, I know. Look, people love their guns. They want to have them. They want to hold them, until death do them part, etc…etc… These gun-toting Americans have all sorts of arguments as to why they should be able to walk around with an assault weapon. So, we put together some gun control clapbacks you can use when fighting with your gun-loving uncle on Facebook. You’re welcome, betches.

Factual Response: On average, 96 people in America are killed with guns everyday. Sure, the ones pulling the triggers are human people, but the bullets are what’s killing the victims. Guns are efficient in killing people. That’s what they are designed to do. In 1996, Australia banned certain semi-automatic, self-loading rifles and shotguns, and made stricter licensing and registration laws. The results was a decline in homicides. When people don’t have access to guns, there are less people being killed by guns, and thus less people being killed in general. People kill people with guns. It’s as simple as that.

Betchy Response: Guns literally kill thousands of Americans every year, so you can go shave your back now.

Factual Response:  You’re right, the Second Amendment gives all Americans the right to bear arms. It was also written in 1791, right after Americans had won a war by overthrowing an oppressive government by fighting back…with guns. The second amendment states, “A well regulated Militia, being necessary to the security of a free State, the right of the people to keep and bear Arms, shall not be infringed.”  This was written as a means to make sure state militias could have access to guns so they could fight back against a tyrannical federal government. Today, state militias are the National Guard. I’m pretty sure they have the guns they need to protect us and themselves. Also, casual reminder that the Constitution was written during a time when Americans had the right to own people. Times change, we progress, and we need to update our laws as we go. We live in a different America now, where gun violence is a problem, and the British army trying to oppress us is not. It’s time for the laws to change.

Betchy Response: If you loves guns so much, why don’t you marry them? Oh wait, you can’t because that’s not in the Constitution.

Factual Response: Can you stop a mass shooter by shooting them? Sure. But you would only fire off your gun once the mass shooter has fired off theirs, and chances are innocent lives have already been lost at that point. Trump has proposed arming teachers with guns as a way to increase school safety. This not only puts guns in a classroom, making a fatal  gun accident 100 percent more likely, it also doesn’t address the problem: a mass shooter having easy access to an assault weapon in the first place. A study based on data from 2012 to 2014 suggests that, on average, 5,790 children in the United States go to the  emergency room each year for a gun-related injury. About 21% of those injuries are accidental. Putting guns in the same room as children leads to more accidents. Also, are we really going to give guns to public school teachers when we can’t even provide some of them with basic materials such as pens and pencils?

“What You’re Proposing Won’t Work Because Of XYZ”

Factual Response: Look, maybe you have some hypotheses for why gun control laws won’t work. And maybe you’re right. But the fact of the matter is that what we are doing right now is not working. On average, there are 13,000 gun homicides in the United States each year. By contrast, Japan, which has strict laws for obtaining firearms, has about 10 shooting deaths a year in a population of 127 million people. Clearly, America is doing something wrong. So it makes absolutely no sense to not at least try something new. Maybe it won’t work. But what we have now also isn’t working. When something doesn’t work, you try another way and see if that works. That’s how you solve problems.

Betchy Response: There are two kinds of evil people in this world. People who do evil stuff, and people who see evil stuff being done and don’t try to stop it. *drops mic*

“This Is A Mental Health Issue, Not A Gun Issue!”

Factual Response: This may blow your mind, but a problem can have more than one factor causing it. Yes, this country has a mental health issue, in that we don’t make access to mental health care accessible enough. And yes, there is a gun issue in this country. People are allowed to buy guns too easily. In fact, someone who is mentally ill would have an easier time buying a gun than receiving psychiatric treatment. That’s a problem. Also, throwing mental health as a blanket term on the cause of gun violence is unfair, inaccurate, and stigmatizing. Most people with mental health issues are not violent. In an interview with PBS, Dr. Louis Kraus, the forensic psychiatry chief at Chicago’s Rush University Medical College, said “The concept that mental illness is a precursor to violent behavior is nonsense. The vast majority of gun violence is not attributable to mental illness.” Blaming mental illness is ignoring the real problem: access to guns. Could we do a better job at providing those who suffer with mental illness with the treatment they need? Absolutely. Could we also do a better job at making sure people, including those who are suffering from severe mental health issues,  don’t have access to a gun? Abso-fucking-lutely.