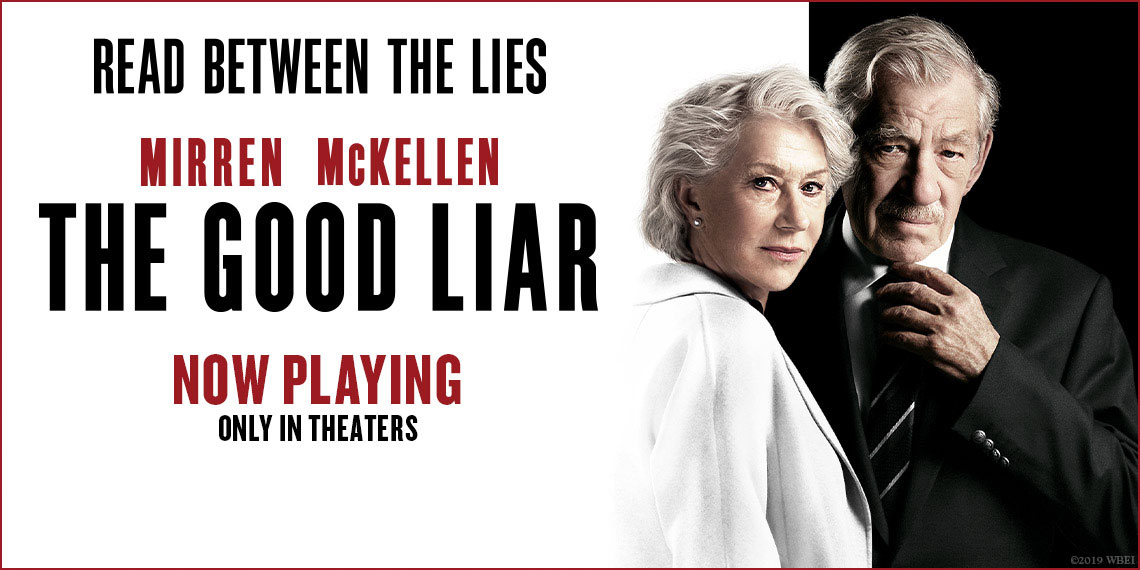 Around this time of year, there are always a ton of new movies coming out. Between feel-good family movies and tearjerker dramas, there’s a lot to choose from. But no matter what you’re into, we know which movie needs to be at the top of your list right now. The Good Liar is the intense, keeps-you-guessing thriller you’ve been waiting for, and let me tell you, it doesn’t disappoint.

Let me set the scene.The Good Liar centers on Betty and Roy, played by Helen Mirren and Ian McKellen, respectively. (Yeah, the cast is iconic, but more on that in a minute.) Betty, a wealthy widow, meets the charming Roy on an online dating site, but unbeknownst to her, he’s a conman with sinister intentions, and their burgeoning relationship soon spirals into a thrilling, dangerous game of cat-and-mouse. Things quickly escalate as the façade of their seemingly innocent love story cracks, revealing an unexpected web of lies. Basically, it’s a wild ride full of intrigue, darkness, and one unbelievable plot twist.

But now that we’ve talked a little about the wild plot, let’s go back to the actors here. The Good Liar combines two of the ultimate acting legends, Dame Helen Mirren and Sir Ian McKellen, for the first time in their careers. So like, you already know this movie is gonna be major. Between their long careers and piles of awards, you might think they’d be ready to kick their feet up and take a break (I have approximately zero awards and I already want a break), but no. Helen Mirren and Ian McKellen are at the top of their game here, and they bring the sinister, complex story to life in a way that will keep you guessing until the very end.

The Good Liar is a complicated puzzle that you’ll want to solve, and it’s best experienced on the big screen. So grab your friends, your partner, your parents, whoever, and get to work on solving the mystery together. You won’t be able to predict the ending, but that just makes it more fun. You don’t want to miss out on the must-see thriller of the season. Get tickets now.