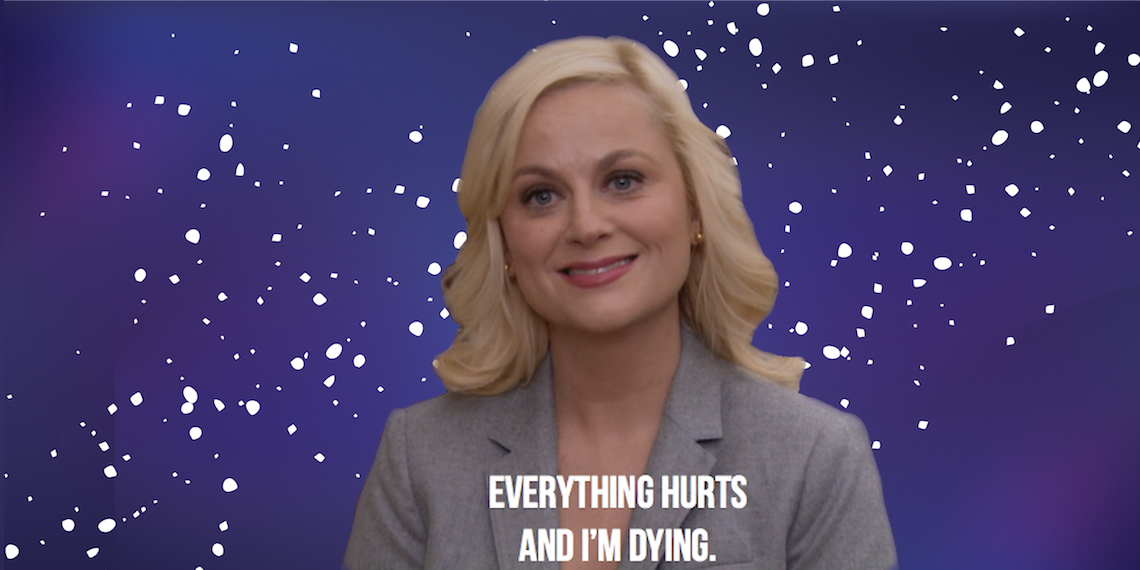 Even though you survived last week’s weird super blue blood full moon or whatever the fuck, that complete lunar eclipse will still affect you this week and, actually, for the next six months. Eclipses bring about change and an elevated level of consciousness. And since the eclipse occurred on the Leo/Aquarius axis, those two signs can expect to be especially woke. All other signs: I guess just make it through your Monday morning Super Bowl-sized hangover, and try to get your shit together for the rest of the week.

As an Aries, you usually don’t have to ask much of others. They’re generally just super generous toward you. Even though you don’t think you’re being a pain in the ass when you request a small favor from someone else, this week you might be surprised to find you’re met with some sass or some random backlash. Just watch how far you push people in the week ahead.

You continue to be high visibility this week. That’s just a trend for you lately, so get fucking used to it. Some of that attention this week will be coming from your family. You’ll probably feel like your mom or dad or sibling won’t get off your back about an issue you don’t think is a big deal. Tread lightly because a disagreement about something dumb, like who’s using all the data on the family plan, could blow up into something way bigger and destroy the previously friendly vibe in the fam group chat.

An assignment at work or school actually has you pretty passionate and motivated. With all that enthusiasm, you’re likely to make bigger and bigger plans for the project. That’s totally fine if you’re working on something alone. But in a group setting, you’re likely to piss some people off who were hoping this was a cut-and-dried kind of thing. It’s not your fault you’re just a big thinker and other people are lazy, but if you’re going to make things complicated, be prepared to shoulder most of the work.

As we quickly approach many people’s most dreaded day of the year, Valentine’s Day, assess where you are in your relationship before you go too big or too small with your planning. Coming in too hot and heavy with a day of insane romance is a great way to end an almost-relationship. Likewise, pretending like you DGAF when you really do give some fucks will leave your boyfriend confused as to why you’re in a bad mood all day. Be honest about what you want, but don’t be a weirdo, k?

Things are definitely looking up for you, Leo. Last week’s lunar eclipse in your sign set you on a new path. Whatever weird issues and vibes you were dealing with last week will have, like, magically changed by this week. Don’t get overconfident, though. Starting the week with Mars in your romance zone will have you making big Valentine’s Day plans that might be a little premature.

It can be super tempting to sign up and drop a bunch of cash for fitness classes that we all know you’re never going to. Or maybe you’re actually investing in one of those protein shake pyramid schemes (PSA: don’t do that). You want to get your spring break body back and you’re basically nowhere with your New Year’s resolution to lose three pounds. Fun fact: you don’t need to drop a bunch of money on a get-skinny-quick scheme. Try to make it to the gym at least once this week and then evaluate your willingness to blow a bunch of cash in the name of motivation.

I don’t know what it is about the weekend, but whether it’s your diet or your spending, things recently have tended to be a little unbalanced from how you normally carry on during the week. Sure, this weekend isn’t the best example of sticking to a meal plan because, well, the Super Bowl, but it’s definitely in your best interest to stop going so HAM Friday-Sunday. Plan to be a little more low-key with this week. There are some events coming up in the near future you’ll want to have the cash to be extra for.

Last week’s lunar eclipse was, like, a big deal for you. The next six months will give you insight into a major change you’ll be undergoing in the next year or so. The heightened sense of awareness will be super helpful when you come to a big crossroads in your life where you have to pick between two different options. For example: picking between moving for a job or staying where you are for a guy you kind of love. Life’s not always super easy, but at least the solar system is helping you out with clarity and vision.

You’re the truth seeker of the zodiac. You secretly love law and order—no, not the show, but probably that too, actually. What I’m saying is, you like things to follow the rules and make sense. Something this week will throw you for a loop. Something or someone you thought you had figured out will surprise you. That doesn’t have to be a bad thing; you just need to not freak the fuck out when things don’t go exactly as you planned.

Mercury is in your money zone and last week’s lunar eclipse hit both of your houses. That means you’ve got money on your mind again this week. I blame Jon Hamm looking sexy in all those weird H&R Block commercials. Mmmm, Jon Hamm. Anyway, you need a cash reserve to cover unexpected expenses like tax bullshit or repairs on your car. That kind of sucks, but the good news is, saving up a little will also give you the freedom to throw down some cash on something fun sometime this week.

You’re part of that Leo/Aquarius axis of last week’s lunar eclipse. That means the next six months will mean big changes for you when it comes to partnerships and relationships. As for this week, it’s important you use your confidence to the best of your ability. I don’t care how hungover you are Monday morning, you better put your game face and outfit on for work because opportunities abound for you all week if you don’t look like a total garbage person and are remotely prepared for whatever is thrown your way.

Mercury is in your realm of hidden things. Just because you aren’t blabbing about a relationship or something else you’re working on to all your friends doesn’t mean you aren’t feeling all the feels. It’s fine to keep whatever you have brewing under wraps. It’s probably for the best, actually. That way, you can make a big splash with a reveal when it’s your time to shine as the Sun enters your sign next month.