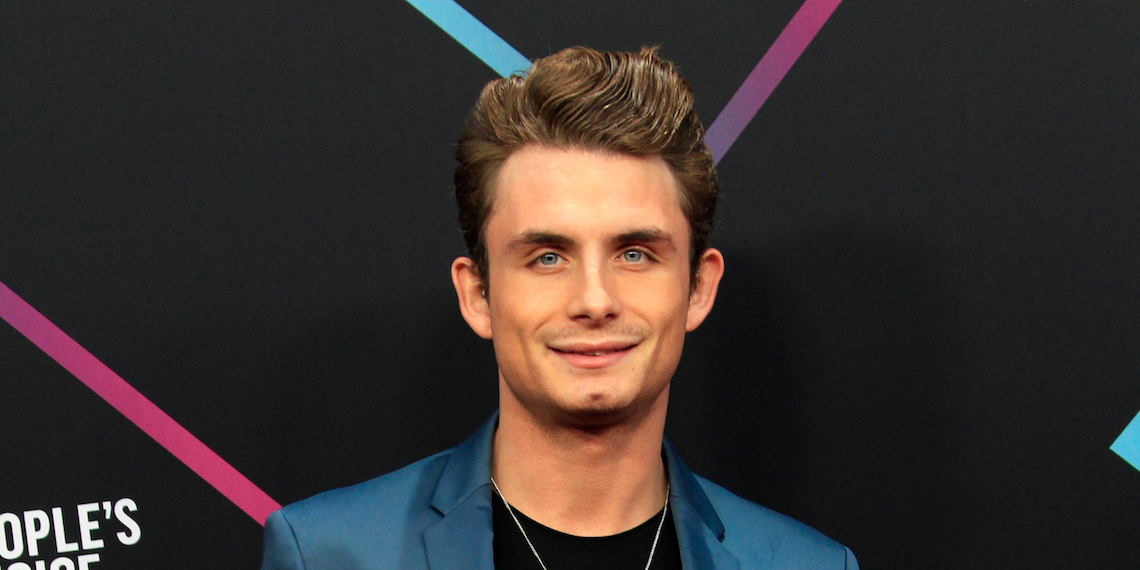 Conspiracy Theory: James Kennedy Got His Job Back At See You Next Tuesday

As you all know, one of the main plot lines of this season of Vanderpump Rules is that James Kennedy got fired from SUR, meaning his See You Next Tuesday gig was taken away from him. Some say it’s because of his drinking problem and the fact that he lashed out at Katie. Others say it’s because Kristen Doute is the one who brought James into the show, and now that she’s third fiddle to her more entertaining ex, she’s obsessively trying to take him down. In my professional opinion, it’s a little column A and a little common B. But no matter the reason, the demise of See You Next Tuesday and the revolving door of Tuesday night programming at SUR have become a plot point this season.

Those who have a completely unhealthy obsession with Pump Rules, like I do, have noticed that James has been showing face at SUR on Tuesdays again. This obviously could be a huge deal. Did DJ James Kennedy get his job back? We investigate. *insert Law and Order: SVU theme here*

One of the stipulations of James getting his job back was that he give up drinking. So far on this season, we’ve seen him put the booze down and noticed the almost instantaneous change. Funny how James actually targets the locus of his toxic behavior by giving up drinking, and yet Jax thinks self-actualization is buying tampons for Brittany and making her a sandwich. But back to James. Look at the above picture of him taken at SUR. He doesn’t look Litney Houston at all. He’s holding a cigarette, but anyone who’s ever tried to take an Insta story when drunk knows that it’s physically impossible to look sober in a picture when you are not.

Then we have the most recent Tuesday night event at SUR, which has been taken over by Tom Sandoval, for reasons unknown.

Here we go again! TONIGHT @surrules I will behind the bar slinging drinks! Ask for the “Tsandy” my special Spicy Strawberry Margarita recipe! See ya there!

Ugh, calling that drink a “Tsandy,” really Tom? Also, compared to the iconic See You Next Tuesdays and Girls Night, Spicy Tequila Tuesday sounds super anti-climactic. So the fact that James was there is super interesting to me. My first thought was, wouldn’t James be so bitter about his successful Tuesday nights getting replaced by a much lamer event that he wouldn’t want to show face there? But then I thought, what if this is a cover-up for the fact that James Kennedy is turning tables on Tuesdays on the DL? Sure, that Instagram says DJ Mickey is spinning, but the fact that James was present at all makes me wonder if they are ramping up to something.

While James has mostly been photographed with fans and not DJing, there is this Instagram from Guillermo, WHICH HAS SINCE BEEN CHANGED, which appeared to be a nod to James’s former Tuesday night gig.

The original caption read,” not Tuesday’s Night at SUR without around”. And then it was changed to “Celebrating national Pasta Day.. today is all About The Pasta.” Exsqueeze me? Why did Guillermo change the caption? Did somebody get mad that he leaked a potential spoiler? Or did somebody else throw out an ultimatum? I guess we’ll never know, but the picture at least is a clear sign that James has not fallen out of favor completely with the management at SUR. But the fact that Guillermo changed the caption so as not to endorse See You Next Tuesdays makes me think there’s something more going on.

There’s also this tweet from James that proves he has gotten his DJing job back at SUR, even if it isn’t on his coveted Tuesday nights.

At the end of the day, what’s the difference between a Sunday afternoon and a Tuesday night? I feel like it’s mostly semantics at that point if James is going to be allowed to DJ at SUR at all.

So I don’t have concrete signs that See You Next Tuesday is a thing again. However, Elle Woods didn’t have concrete evidence that Chutney killed her father. Instead, she used context clues to get Chutney to admit guilt. And that’s obviously a solid way to concur that See You Next Tuesday may very well be making a comeback. I rest my case, betches.