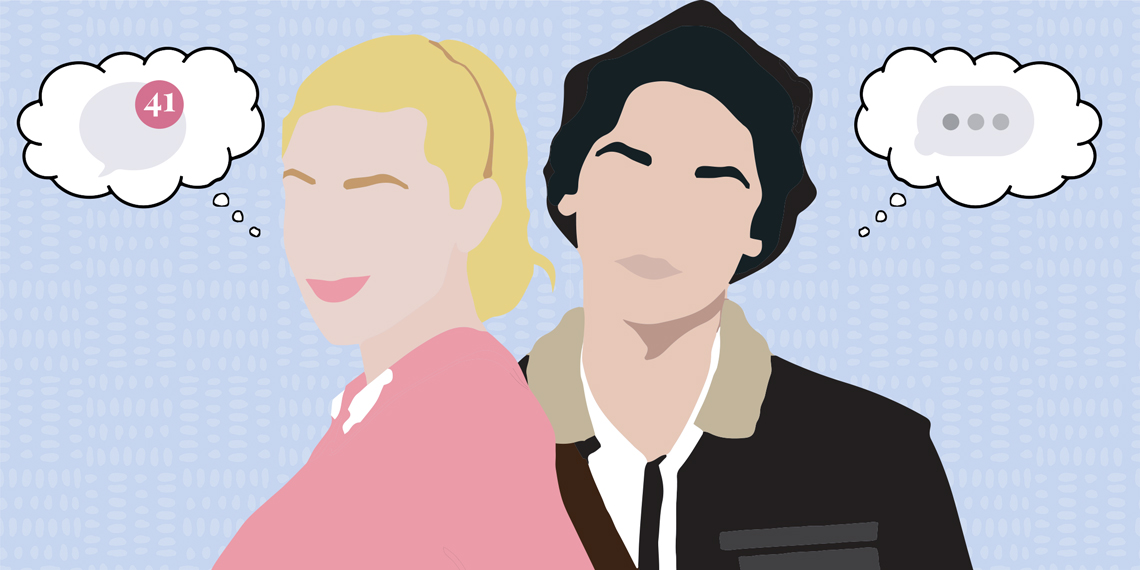 On Monday, Riverdale co-stars Cole Sprouse and Lili Reinhart were caught kissing—KISSING!—on the streets of Paris, the city of lights/love/whatever random monikers they come up with next. In case you haven’t been reading my weekly Riverdale recaps (for shame), I’ve been speculating about Lili and Cole dating for literal years. Like, ever since The CW took on the incredible challenge of turning the twin who dressed up in drag on The Suite Life into a certifiable snack and the reason I want to start* dating guys with trust issues.

Lili and Cole were rumored to be dating after their characters, Jughead, the bad boy from the wrong side of the tracks (lol) whose defining characteristics on the show include trying to capitalize off his classmate’s murder for his novel and wearing a weird hat, and Betty, the virgin who can’t drive, started over-the-clothes groping in the first season. I hope that’s the story they tell their grandkids one day. Despite the fact that I and the Instagram fan accounts that I troll have been watching their every waking move for two fucking seasons, Lili and Cole have kept things quiet about their real-life relationship and have neither confirmed nor denied the dating rumors. Which is fucking rude, because I thought that we were closer than that. Whatever, I’m over it. And while they can pretend denial is just a river in Egypt all they want, the paparazzi in Paris confirmed what we all already fucking knew by capturing a photo of the two of them making out on the streets like it’s last call at happy hour.

Sealed with a kiss! #ColeSprouse and #LiliReinhart were spotted kissing in Paris. Go to the LINK IN BIO for the full gallery of 60 pics! (????: Backgrid)

To those of you who tried to tell me that Bughead wasn’t real and that I that all the fake relationship fan accounts I follow are “creepy” and a “violation of privacy,” all I have to say is: I fucking told you so.

Tbh I haven’t felt this smug and self-righteous about something since jean skirts came back into style. And while normally I’d be basking in my own ego for the next 3-5 business days for being right about something, there’s like, a lot to unpack in this photo. Like, why Cole Sprouse’s outfit is saying “I only drink expensive red wine and I consider other people’s garbage the perfect addition to my found art project”? So let’s give these damning photos a second look, shall we? Take a look at the third photo in the carousel above. Stare at it for at least 10 seconds so it’s burned into your memory. Ok, ready? Let’s discuss.

Jesus. That doesn’t get any easier to look at, does it? Let’s talk about the body language for a second. On the one hand we have Lili, who is looking at Cole like Dark Betty looks at her own reflection before she turns on her webcam.

Then we have Cole: His body is turned away from Lili and his eyes are saying he regrets not adding his favorite line of poetry to his Instagram bio. Sad! Perhaps the most concerning part about this entire photo is that it looks like Lili hasn’t brushed her hair since the damn plane landed and she’s wearing the ugliest effing jacket I’ve ever seen, an obvious sign that she trusts Cole enough to love her at her worst. So sweet. Meanwhile, Cole is sporting the beginning wisps of a mustache the likes of which only To Catch A Predator has ever seen, which means she definitely shouldn’t trust him, especially around any woman who asks him to explain his “craft” to her.

Tbh I could be all wrong here. He could only be leaning away from her because she decided to practice an upcoming Dark Betty scene with him in the bedroom and shit got a little too weird. The look in his eyes could be less about a missed poetry opportunity and more of a desperate cry for help, which I’m ignoring for the sake of this article. I mean, who am to judge? Jk. I tune into this bullshit every week and follow all of these kids on Insta. I’m absolutely qualified to judge.

Anyway, here’s hoping their off-screen sex translates to some more on-screen chemistry, forcing the Riverdale writers to write more scenes about that and less about Hiram Lodge’s business dealings. I’m not watching this show for tips on local city planning schemes, okay?