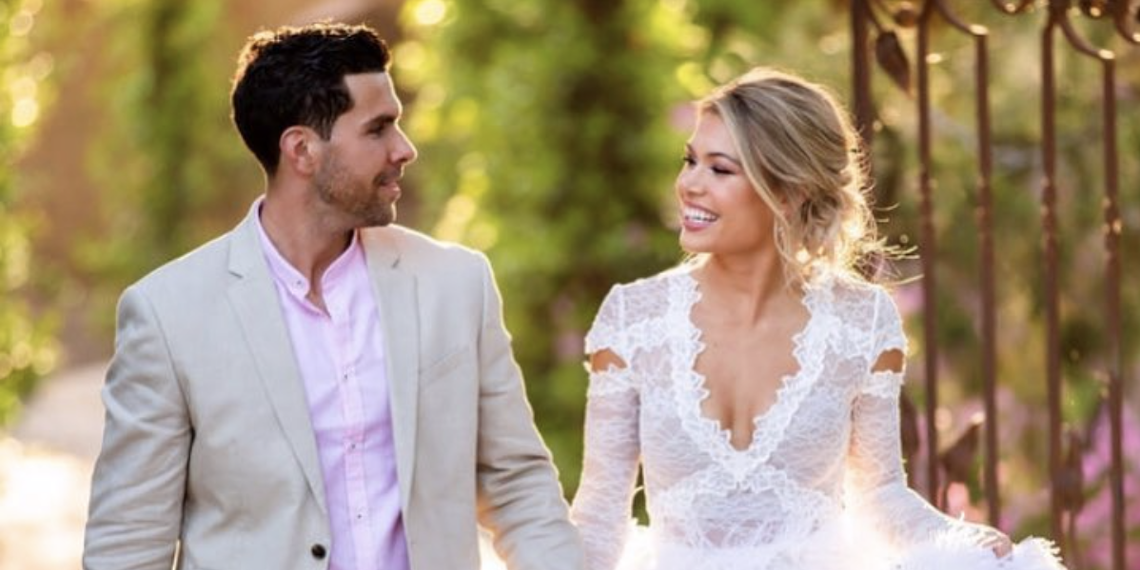 Chris And Krystal Got Married In Paradise

ABC is announcing the cast of this season of Bachelor in Paradise today, but a whole new crew of psychos isn’t the only thing we have to look forward to this season. Over the weekend, Paradise alums Chris and Krystal got married in an intimate ceremony in Puerto Vallarta, the same place they met and fell in love. As was to be expected, there were some important members of BachelorNation in attendance, and here’s what we know.

Most importantly, the wedding was officiated by Chris Harrison, because of course. Honestly, Chris Harrison should have a full-time side hustle of officiating weddings, because I’m sure there are thousands of people (me included) who would shell out a lot of cash have him at their weddings. Pretty much all of these Bachelor couples are Chris’ little children, so it’s only fitting that he sends them off into the world as husband and wife.

Some of our Bachelor favs and least favs were also there, like Becca Kufrin, Ben Higgins, and Ashley and Jared. I’ll leave it to you to guess the least favs—it’s so tough!! I’m a little surprised that more of their castmates didn’t make the trip down to Paradise, but I guess a lot of them probably have PTSD from the last time they were there. Either that, or ABC wouldn’t pay for their flights to Mexico. FabFitFun partnerships can only pay for so much!

As a reminder, Chris and Krystal met just a year ago on Paradise, and they got together after going on dates with Tia and Kenny, respectively. Despite getting engaged just a few weeks after the start of their relationship, they seem to be doing great. I mean, they just got married, so I would hope so. They moved in together in the fall, and Chris recently told PEOPLE, “I’ve always dreamed of being a husband and a father, and I have the perfect partner by my side.”

As much as I love to be cynical about the entire concept of The Bachelor, that is really sweet, and I hope everything goes great for Chris and Krystal. They’re now the third married couple from Paradise, and they have pretty solid examples to follow with Jade and Tanner, and Carly and Evan. Raven and Adam, you’re next!

We’ll get to see more of Chris and Krystal’s wedding on the season premiere of Bachelor in Paradise on August 5th, but I’m really more excited to see how thirsty Ashley I. is for camera time. Some things never change! We’re still waiting to find out the entire cast of this season of Paradise, but at least we’ll start off on a good note with this wedding.