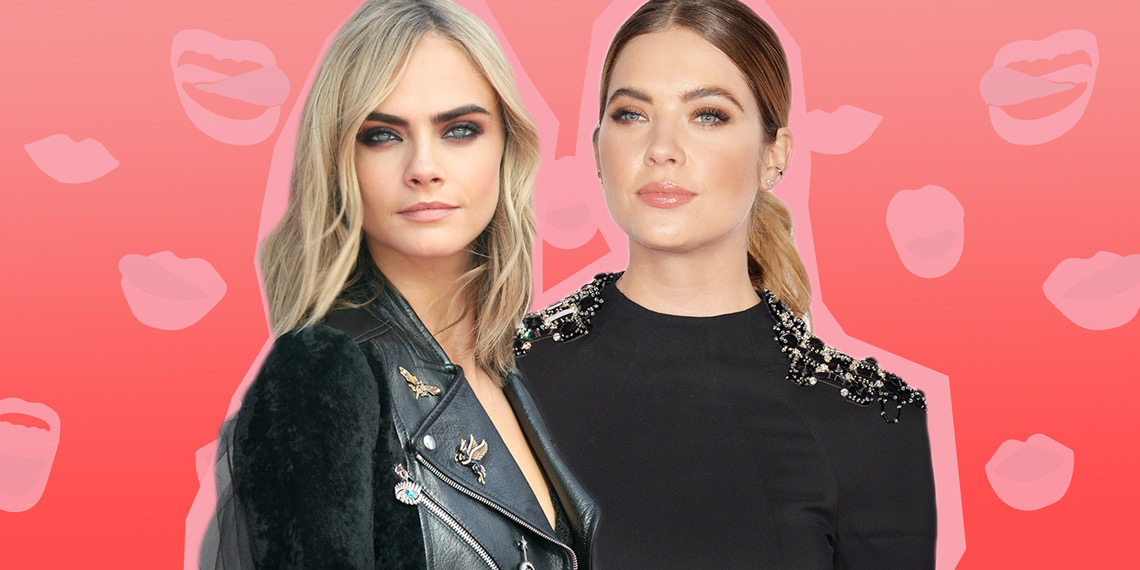 Cara Delevingne And Ashley Benson Are Definitely A Thing

In a summer full of crazy celeb couple news, things just keep getting better. Back in May, we discussed the major rumor that Cara Delevingne and Ashley Benson were dating. At the time, things were very unclear, and the most evidence we had to go on were some photos of them holding hands. Well, today we’ve got some major #cashley news: Cara and Ashley were spotted making out at London Heathrow Airport, and I TOLD YOU SO. Two of our biggest girl crushes are definitely together, and I really love it.

Check out these receipts.

Want to know what I love less? Cara’s waist-length cornrows. It’s 2018, do we really still need to have this conversation? I’m not the right person to hash out all of the issues surrounding cultural appropriation, but I’m kind of annoyed that no one in Cara’s life knows better. She’s not a 12-year-old girl who just got back from vacation in Jamaica. I am, however loving both of these ladies’ comfy airport style, which is still more put together than I look for an average day.

If the original timeline still stands, this means that Cara and Ashley have been seeing each other for at least a few months. This is pretty major, especially considering that we never really knew about Ashley dating any women prior to Cara. Tbh I wouldn’t be that surprised to learn that Cara is a witch with magical bisexual powers.

We haven’t seen much of Cara and Ashley together, but clearly things have been going well. Honestly, these days it’s surprising that they’re not engaged yet. Still, something about these two just strikes me as a really great coupling. Not like I know them personally or anything, but it makes sense that they vibe well together. Hopefully we see much more of them together, just maybe with a different hairstyle.