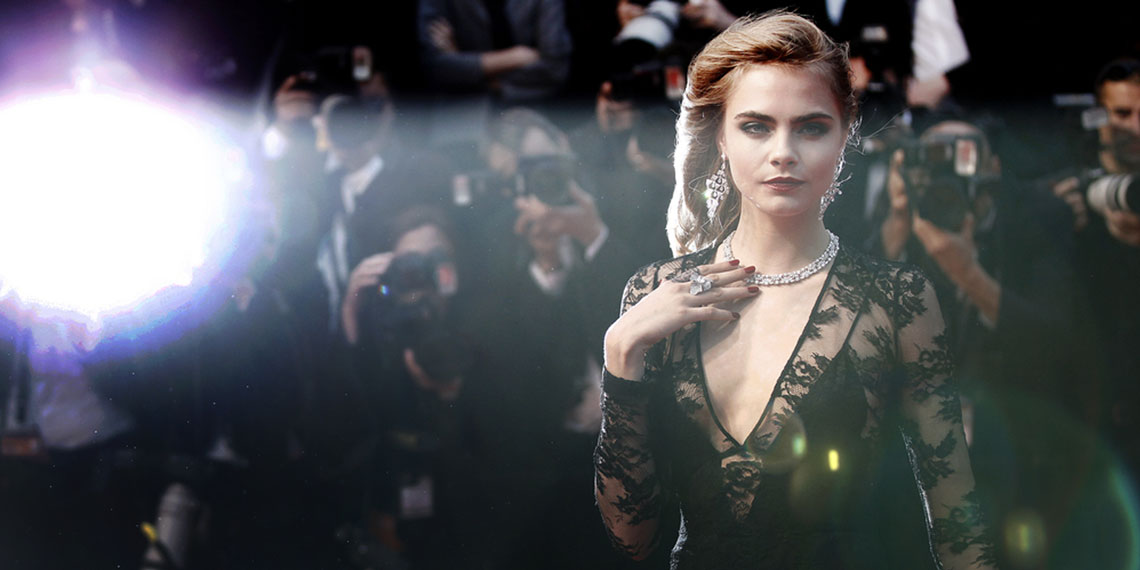 Remember 2014-2015, when everyone was, like, obsessed with Cara Delevingne? After inventing full eyebrows and starring in campaigns for basically every designer in the world, she decided to become an actress. Classique. In the time since then, her acting career has gone okay, but we’ve largely stopped caring, until now. Well, I still don’t give a shit about the latest Hunger Games rip-off she’s acting in, but I am interested in her dating choices. Cara is openly bisexual, but it only really makes the news when she’s dating a girl, because that’s where we’re at in society ATM. Cool. Anyway, Cara famously dated indie musician St. Vincent a couple years ago, and pretty recently she was listed to famous child/rando Paris Jackson. At one point, there were even rumors that she was hooking up with Selena Gomez, which Selena’s mom definitely would have cried about. But now it looks like Cara may have a new woman, and I am shook. The internet thinks Cara Delevingne and Ashley Benson from Pretty Little Liars are dating, which I did not see coming, not even a little bit.

In the past, Ashley has mainly dated guys (as far as we know), so it’s an exciting development if Cara is getting her to swim in the ~lady pond~. I hate myself too, okay? Ash has been linked to hot random dudes like Taylor Lautner and Chord Overstreet (fish lips kid from Glee), but most famously she dated Tyler Blackburn, the skeezy looking hottie who played Caleb on PLL. Tbh, if Cara Delevingne and Ashley Benson are together, it would be a major upgrade for Ash from those boring hot men.

So why do we think Cara Delevingne and Ashley Benson are dating? Well, mostly because they were seen holding hands over the weekend—which, admittedly, is tenuous at best—but also because this pairing would make PERFECT sense. Think about it. Cara’s type is clearly hot women who seem a little edgy or mysterious, and Ashley fits right in. People online are already trying to make #Cashley a thing, which I hate, but also whatever, get it trending.

In the photo above, it really looks like it’s Cara who’s standing behind Ashley on the balcony. Just zoom in on that eyebrow—that’s all the proof I need. I have many questions; first and foremost, what I have to do to afford an apartment like that in New York. Seriously. But also, what is happening here? Did Cara sleep over? Did Cara *wink* sleep over *wink*? Was Cara actually trying to hide in the picture, in which the mystery photographer did a terrible job? Gah, I just really need them to confirm things one way or the other.

So yeah, until Cara is seen hanging out with a new hot girl a month from now, I’m just going to try to will it into existence that Cara Delevingne and Ashley Benson are definitely together. Seems logical, right?