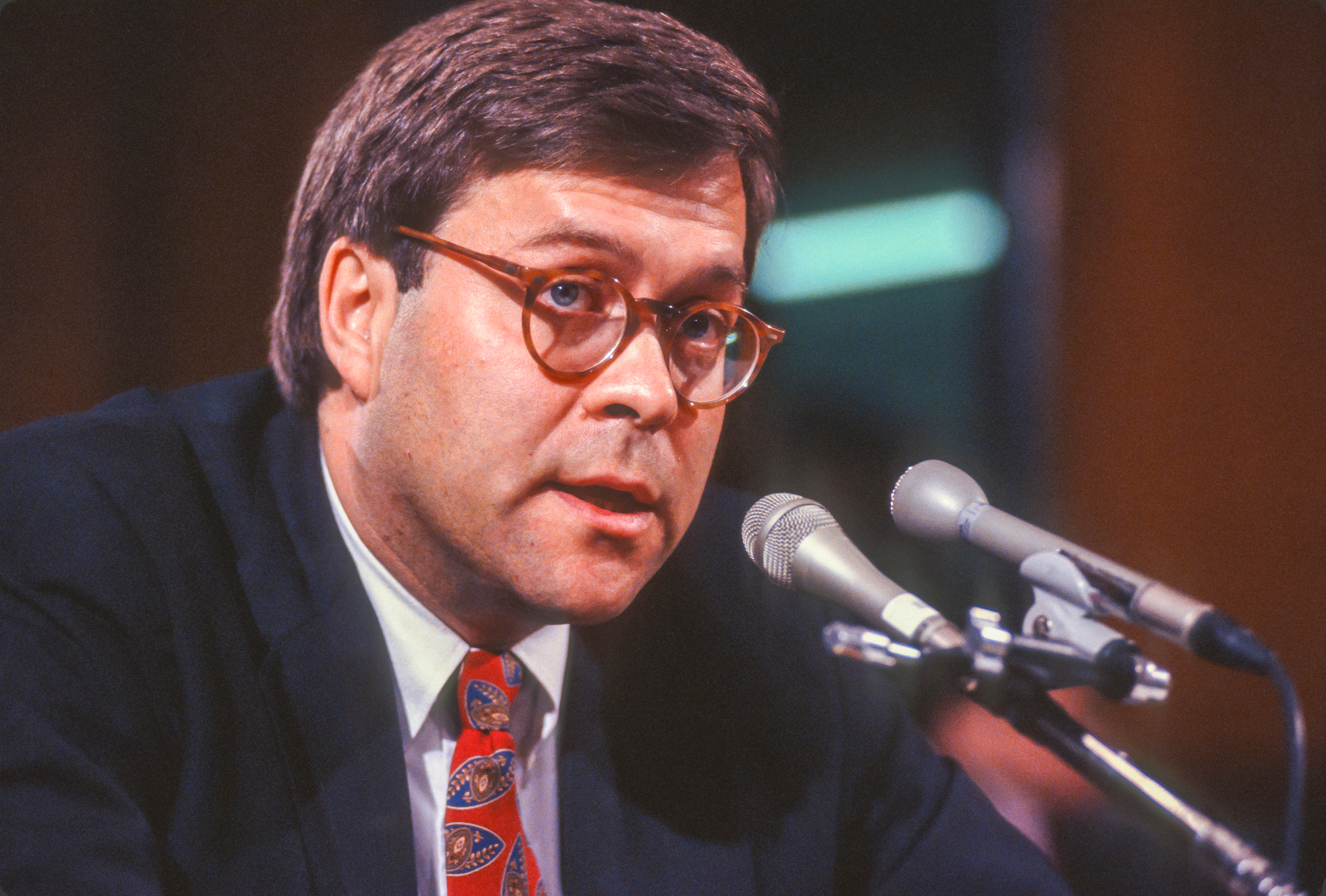 If you had told me 10 years ago that my favorite TV programming would one day be day-long congressional testimonies, I would’ve probably said…that sounds about right. Because I’ve always been and always will be a huge nerd. Anyway, these days congressional testimonies are like, totally a thing and yesterday’s showing by Attorney General William Barr was no exception.

For those who have jobs preventing them from watching hours of C-SPAN with the analytical prowess usually reserved for “Game of Thrones,” the Barr hearing was a bit more subdued than the blockbuster dramas spawned of the Kavanaugh and Cohen hearings, but that’s only because Bill Barr is masterful at the strategy of not answering a single question in order to avoid a perjury charge. Mind you, I’m calling this hearing “low-key” despite the fact that it resulted in multiple Democrats calling for Barr’s resignation. That’s just a regular Wednesday now.

As this hearing was a little low on scandalous soundbites and meme-able moments, you may have missed some of the more esoteric questions about Barr’s deeply manipulative approach to law enforcement (that’s me giving you the benefit of the doubt here Bill, because in reality I think you are prob a straight up cRiMiNaL).

One of these questions came from Senator Dick Durbin (D-CT-DUH) who spent his time asking Barr whether or not he had discussed with the president the 14 other criminal investigations that had been spun off the Mueller investigation (remember when Hillary had that many investigations spun off her emails?). Also whether he will recuse himself, which was obviously a nah.

Not only did Barr refuse to recuse (someone should put that on a shirt – you’re welcome for the idea, MAGA people) from those 14 spinoff investigations, but there was another case that Durbin asked about: the 1MDB case. While this initially seemed like it didn’t have anything to do with Trump (a rare thing these days), it turns out that it actually does. Sigh. Because as we can see through things like fraternity rush, scum always manages to find each other. And surprise surprise, Bill Barr has a conflict of interest in this case too, as well as yet another opportunity to protect Trump from having his financial schemes prosecuted.

The 1MDB case is a wild financial scandal involving Leonardo DiCaprio, Miranda Kerr, and the prime minister of Malaysia. That’s not a Zoolander joke, it’s real. So what’s a bridge troll like Bill Barr doing amongst all these hot people?

1MDB stands for 1 Malaysia Development Berhad. It was founded by a lil scammer named Jho Low, a guy who climbed the ranks of Malaysian society to become embedded amongst the upper echelons. He was known for throwing insanely lavish parties around the world and spending unnecessary amounts of money in an effort to show how rich he was, while actually running a Ponzi scheme and money laundering operation. Praise be, we have a bigger, better Billy McFarland.

After a lot of desperate but effective social climbing, Jho Low became friends with the prime minister of Malaysia. His ties to the prime minister enabled him to establish 1MDB, which was ostensibly a sovereign wealth fund for Malaysia, funded partly by the Malaysian taxpayers, and partly by investors like Goldman Sachs and other (real) sovereign wealth funds. In reality, it was a complete front, used to line the pockets of Jho Low, the prime minister/his cronies, and fund random expensive vanity projects, all while essentially pilfering the country rather than legitimately investing its funds.

As with any good scam, 1MDB had barely any employees but used the legitimate-sounding idea of being the Malaysian sovereign wealth fund in order to get people to give them money to allegedly fund infrastructure projects in Malaysia and oil business with the Gulf states (what else is new). They then laundered large portions of the money that was lent to them into offshore bank accounts in the Seychelles, Cayman Islands, and Switzerland (be more obvious). Once laundered, they used the money, estimated at totaling $4.5 billion, for the following: parties, private jets, champagne, giant diamonds for the prime minister’s wife and Miranda Kerr (yes really*), financing the movie The Wolf of Wall Street, flying celebrities like Jamie Foxx and Swizz Beatz around to emcee the aforementioned parties, and other passé billionaire activities.

This whole thing came under DOJ investigation when the prime minister’s stepson made some sketchy property purchases with money from 1MDB, which essentially led to the whole thing being uncovered. Goldman Sachs also came under investigation for money laundering after lending 1MDB $3 billion dollars, while Goldman Sachs bro Tim Leissner pled guilty to skimming more than $200 million off of these transactions.

How Is Bill Barr Involved?

Goldman Sachs, which really should have known better, is being represented in the DOJ investigation by the law firm Kirkland and Ellis, where Bill Barr used to work. And when I say “used to work” I don’t mean like, five jobs ago. I mean as recently as he wrote on his financial disclosure form to become attorney general that he has earned over $1.2 million from the firm since March 2017.

As with every investigation Bill Barr has no business overseeing, he has received a waiver that allows him to not recuse himself from the ongoing DOJ and FBI investigations into the entire 1MDB matter, despite the fact that he has this obvious conflict.

Who Gave Him The Waiver