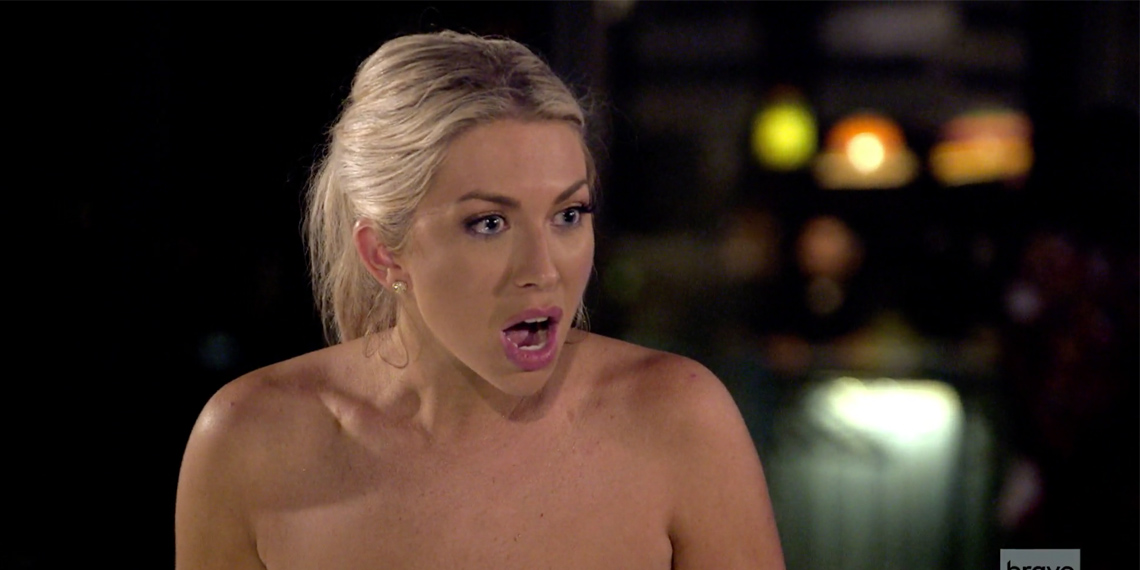 All The Drugs The ‘Vanderpump Rules’ Cast Has Admitted To Using

Kristen and Stassi both made this pretty easy for me. They’ve openly discussed their Adderall and Xanax use—Stassi on camera as well as off. Quick highlight reel of Stassi’s on-screen season 6 drug references: blackout on tequila and Adderall at her birthday party, Xanax and alcohol during the finale. For Kristen, we have her “Xanax and edibles” refrain about her travel anxiety in Mexico, plus some pretty explicit IG stories of late including her smoking a bowl and a collection of her beside prescription bottles. Side note: The Xanax may very well be prescribed. But mixing it with alcohol/other sedatives means they’re def not taking it AS prescribed.

We’ve discussed Stassi’s super scary mixing of alcohol and Xanax at some length. But in case you need a refresher: Side effects of mixing Xanax and alcohol may include: siding with your douchehat boyfriend, inappropriate smiling because you don’t know WTF is going on, and literally dying. Do not do this.

As for the Adderall use, Stassi admits to abusing it to get through long shooting days, keep her weight down, and drink the required amount of alcohol for a reality star without passing out. Ugh. Bravo, take better care of your people.

We all knew that Scheana was a “craaazy pothead”, hence repeating herself every single episode of this season. What I didn’t know is that Scheana was actually sued in 2016 for pot smoke pouring out of her apartment. Yikes. So ya girl does, in fact, smoke. But just in case we weren’t clear enough at this point, she’s also been IG storying what seems to be a weed tour through Hawaii. I guess once the entire internet roasted the use of weed as her excuse for her Robsession, she decided she needed to develop some receipts in a hurry. Which, yeah, if you’re going to claim weed gave you the level of foresight and mental acuity of the cast of Pineapple Express, I’m gonna demand you back that up.

Like Scheana, Lala too has referenced her own weed smoking at some length. Less than you’d expect for someone who claims that Tupac’s “spirit lives inside her,” but some. (I love a good stoner girl, but I can’t help calling Scheana and Lala out here. They’ve always been in that weird guy’s-girl, wannabe-hood zone that aligns itself with exclusively taking two hits for the ‘Gram.) On her horrifying episode of Juicy Scoop with Heather McDonald, Lala says she’s quit smoking, and switched to natural remedies. You know, like sucking on a “baba,” or on a dick. Starting to think we disagree on what “natural remedy” means.

Lala, after one hit off a blunt:

Katie and Tom both seem like they’ve been hitting the edibles fairly heavily this season, which Katie admitted to taking before her wedding. Katie specifically mentions going to dispensaries because “they have lots of candies and chocolates and I like to eat the edibles.” And while Schwartz never admits to indulging himself, can we at least agree that he really, really seems like a die-hard stoner? (See: always wearing sandals, no real ambition to speak of, etc.)

Here’s one of my fave Schwartz-HAS-to-be-stoned-here GIFs:

As for the rest of them, James Kennedy talks about having been “first in line” at “all the clubs and clinics” since they let you in when you’re 18. (We get it James, you’re young.)  Jax and Brittany have video evidence of them lighting up in an airport bathroom, and Jax mentions that he picked the habit up from Brittany’s parents. Possibly the cutest fact about this couple. We know Ariana smokes as well from the time she referenced “hiding the bong” from Sandoval’s mother. (God, I pay way too much attention to this show.) I don’t have specific evidence for anyone else, but I’d assume Raquel at least needs some kind of memory-reducing drug to have not yet dumped James.

As for the burning question I’m sure you all had: We have no concrete evidence that anyone is doing coke. Plenty of people (Sandoval included) have suggested that Jax has a serious coke problem, but we don’t have any evidence . All around, it seems like we’re dealing with a group of semi-stoners, a lot of anxiety disorders (don’t act like you wouldn’t develop one too), and a hopefully waning Adderall problem from the early years. Basically, your sorority pledge class. Celebs, they’re just like us!