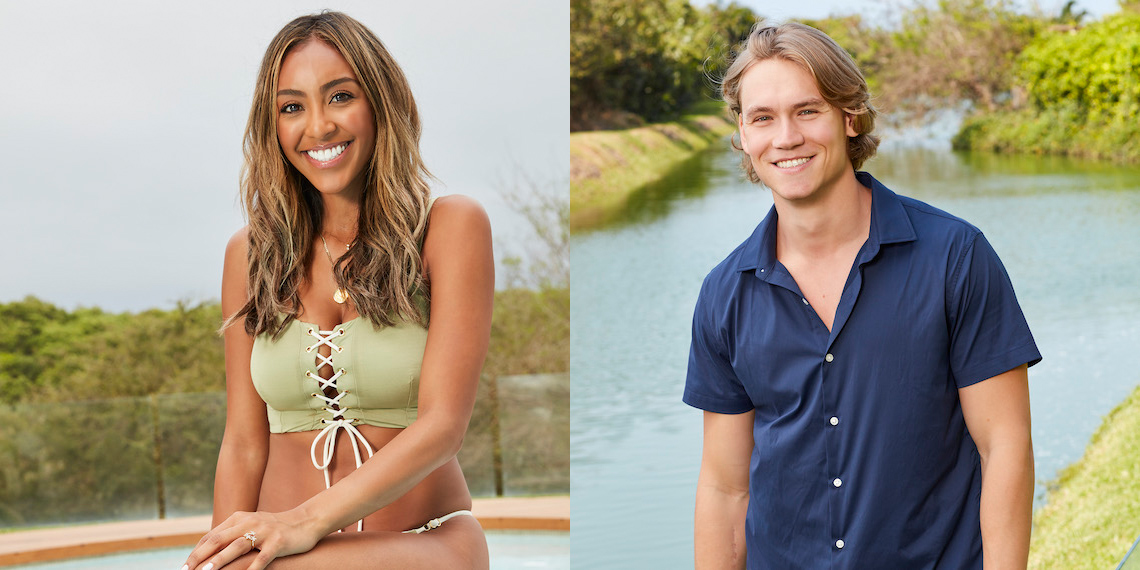 Are Tayshia And John Paul Jones Still Together?

We’ve still got a lot of drama to get through on this season of Bachelor in Paradise, but at the same time, the cast is creating plenty of drama outside of the show. This week alone, we’ve seen Demi get into a major Twitter fight with Bachelor alum Tanner Tolbert, and now we have a mystery to solve with Tayshia and John Paul Jones.

At the start of this week’s Paradise, we saw JPJ give his rose to Onyeka, and Tayshia accepted a rose from Blake. After all the drama that went down during week one, it was obvious that Tayshia was done with Blake’s lying ass, but I respect the hustle of still accepting a rose. This is a game of love, but mostly a game of strategy, and Tayshia is playing to win. After taking Blake’s rose, Tayshia jumped ship and started connecting with John Paul Jones, which feels correct. Obviously, we don’t know how their relationship progresses on the show, but I don’t feel like either of them are likely to be engaged within the next few weeks. But are they still hanging out now that Paradise is done filming? After a quick Instagram deep dive, it appears that the answer is yes.

Yesterday, Tayshia posted this picture of herself fishing on a boat at sunset. Great pic, great sunset, 10/10. But the plot thickened when someone in the comments asked if she’s on JPJ’s boat. Wait, what?? Tayshia responded with a cryptic message about how she lives in Newport Beach, and there are lots of boats there too, but she didn’t actually answer the question. Then, Tayshia deleted the post altogether, which is definitely suspicious behavior.

First of all, this photo was not taken in Newport Beach. In the Betchelor podcast Facebook group, numerous California residents were quick to point out that this is not what sunsets in Newport Beach look like. It 100% looks like she is on a lake. I mean, there are trees in the background, and they’re not palm trees!

Aside from the location being questionable, there’s also the fact that the boat just like, is John Paul Jones’ boat. Here is a photo that JPJ recently posted of himself on said boat:

Well I'll tell you Stew, I did battle some humungous waves. But like I told the guy on ABC, danger is my business.

I mean, what else do I even need to say? Look at the cupholders. Look at the seat cushions. Look at the railings. It’s the same f*cking boat. Tayshia and John Paul Jones can play dumb all they want (and they’re probably contractually obligated not to say anything), but we’re all seeing right through it. I have a feeling that someone from production reached out to Tayshia and was like “Hey, you need to take this down, we can all tell you’re on JPJ’s boat.” I don’t blame her for feeling herself on the boat, but she seriously underestimated the sleuthing powers of Betchelor Nation.

So obviously Tayshia and John Paul Jones are still on good terms after Paradise, but I guess the main question is whether they’re in a real relationship, or whether Tayshia is pulling a Blake and buying a plane ticket “just to kiss.” I honestly don’t know if I have the capacity to get invested in any Paradise couple, except maybe Demi and her girlfriend. In general, I’m just here for the drama.