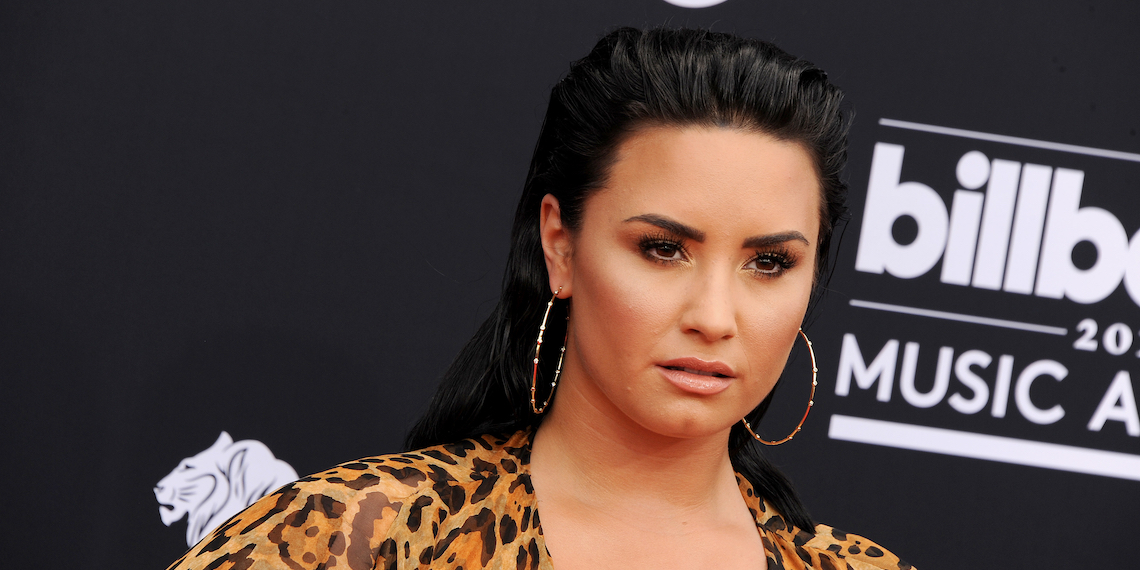 Are Mike Johnson & Demi Lovato The Next Bachelor Nation Couple?

These days, it seems more and more like the norm for the top tier of Bachelorette rejects to start dating legitimately famous women. Wells Adams is now engaged to Sarah Hyland, and we’ve obviously all been following the saga of Tyler Cameron and Gigi Hadid. Is Mike Johnson, the fan-favorite from Hannah’s season, the next guy to start dating an A-lister? We’re keeping a close watch, because it seems like he’s getting closer and closer to Demi Lovato.

We’ve known for a while that Demi Lovato is a fan of all things Bachelor Nation, and during Hannah’s season, she often posted her commentary on her Instagram stories. She was obviously a big fan of Mike while he was still on The Bachelorette, saying early in the season that he should win, and at one point writing “Mike I accept your rose.” Honestly, Demi Lovato is every single one of us watching at home, and I really respect that. Except, of course, that Demi Lovato is not like every single one of us, because she has millions of followers and also millions of dollars.

At the After The Final Rose special for Hannah’s season, Demi Lovato was in the audience, and things seemed like they might actually be happening. When asked about hooking Demi up with Mike, Hannah told Entertainment Tonight “I definitely have the hookup for Demi, if she wants to be with Mike. I would give her my blessing.”

But despite the positive vibes from Hannah, and Demi’s apparent crush on Mike, he played down any chance that they might be seeing each other. Last month, he told People TV “We have not connected and we have not exchanged any freaky texts at all. No to both.” While Mike and I have, sadly, not exchanged any freaky texts either, he continued, saying “She would definitely be cool to reach out to, but neither one of us have reached out to each other. I think she’s sexy, she’s got a nice little booty on her and she has a good voice.”

Okay, I like Mike a lot, but I’m not a huge fan of his characterization of Demi. Of course she’s sexy, but “nice little booty” sends a shiver down my spine, and to casually just call Demi Lovato’s voice “good” feels like the understatement of the century. I would listen to her sing the phonebook. Mike, what are you bringing to the table that’s as impressive as Demi’s voice? I’ll wait.

But while we were kind of sad to hear that Mike and Demi weren’t a thing, we knew this was going to happen. Because Mike was going on this season of Paradise, there was no way he was going to cop to anything happening with Demi before his time on the show came to an end. Contractually, he could’ve gotten in a loot of trouble if he admitted to any freaky texts. Wouldn’t want to upset Chris Harrison!

But now that Mike’s time on Paradise has come to an end without a Neil Lane engagement ring in sight, he’s free to do whatever he wants. And by that, I mean that he’s free to be thirsty in the comments of Demi Lovato’s Instagram, and that’s just what he’s doing. Last night, Demi posted an absolutely fire photo of herself in a swimsuit (completely unretouched, bless up), and the internet caught her and Mike flirting in the comments.

Obviously, one comment on a picture isn’t confirmation that they’re hanging and banging. I mean, I used to comment on every single photo that Charlie Puth posted, and I’m confident he doesn’t know I exist. But Demi obviously does know that Mike exists, and I don’t see any reason why these two shouldn’t at least hang out once and see where it goes. If Mike’s not going to be The Bachelor, maybe this is even better?

Obviously, we’ll be paying close attention to whether there are more signs of something going on between Demi and Mike, and hopefully they make it as easy as Tyler and Gigi. I want paparazzi pics together at least three times a week, no less!