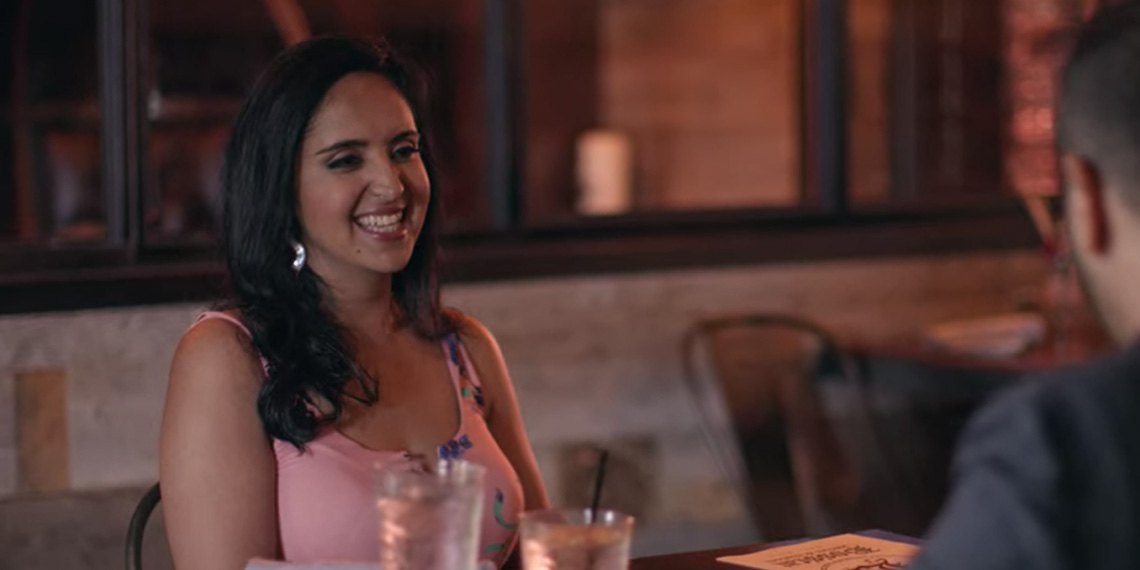 While arranged marriages are prominent in multiple cultures around the world, Indian Matchmaking is rooted in the South Asian version of matchmaking. In the show, Mumbai-based matchmaker Sima Taparia helps young Indians find their life partner based on a list of preferences they provide her with. True to tradition, the families of the participants are extremely involved in the process and often have their own list of prerequisites. If you think the process is similar to creating a Ship account, you’d be surprised to know just how detailed the actual matchmaking is.

If there’s one thing Aparna Shewakramani got by participating in Netflix’s newest reality show, Indian Matchmaking, it was the worst date of her life. While Nadia was many fans’ instant favorite, Aparna has amassed a following of her own since the show premiered globally on July 16th. Aparna sat down with Betches and answered all our pressing questions about the show and much more. While season 1 of Indian Matchmaking ended on a couple of cliffhangers, we quickly learned that none of the couples are still dating. And although Aparna had a number of great dates with Jay, she told Betches that they are just friends at the moment.

“I Signed Up For A Docuseries, I Ended Up Being Portrayed On A Reality Show!”

When asked about how she ended up on the show, Aparna remembers finding out about it on Facebook while she was flying home from LA, and her flight was delayed. A friend of hers had posted a call for South Asians looking for a spouse, and Aparna applied without putting much thought into it. When she was later selected and agreed to be on the show, she still didn’t know what she was getting herself into.

The Perils Of Reality Television

As someone who doesn’t watch any television whatsoever, Aparna was shocked and confused to learn that people take reality television as truth. She was surprised to learn that so many people were watching the show, but the initial reaction was quite negative. “As more thoughtful viewers have tuned in, as the press has started speaking about it, people have been peeling back the layers of the show and not just binging it for entertainment, but for all those nuances. The whole conversation has changed”, said Aparna. She is referring to the conversation around casteism and colorism that has been sparked by the show. Most of the participants (and their parents) have been criticized for being discriminatory on the show, and this has initiated an important dialogue that has potential to bring about actual change.

But apart from this unexpected outcome, Aparna is quite unhappy with Netflix’s approach to reality television. “They made us into very neat archetypes that evoked emotions in people. Everyone from Rupam, to me, to Vyasar, to Akshay, we all were crafted very cleverly,” shared Aparna. She went on to explain that some of her dates were 10 hours long, but what we saw on screen was a 30-second rendition.

A lot of people online claim to “know” Aparna, but she insists that they know a version of her—the version Netflix chose to portray. She believes that the editors of the show have the power to make it seem like a good date or a bad date based on how they edit the footage.

Aparna’s first date on the show, with podcaster and author Srini, was definitely one of the highlights, and she told Betches that it was the worst date she has ever been on. Unlike other contestants, the matchmaker did not give Aparna a list to choose from. Instead, she picked a suitor for her and insisted she give him a shot. Both Aparna and her mother were unhappy with Srini, and the date did not end well. Viewers criticized Aparna for rejecting Srini because he didn’t make enough money. Aparna told Betches this is far from the truth and that Netflix cut down large portions of their date.

“Our issue with Srini has nothing to do with his career choice. I have my own travel business on the side and it is a baby. So if someone leaves corporate America to do something creative, then I would be their biggest fan!” Aparna went on to elaborate that she felt hurt and upset by some of the things he said. None of this made it into the show, leaving Aparna skeptical of Sima’s matchmaking abilities and Netflix’s intentions.

The Aparna We Didn’t See On The Show

“They cut down my friendliness and my warmth that I naturally have with all my friends. I feel like I am quite an empathetic person, but that’s not a good story I guess,” shared Aparna. Apart from that, Aparna has gained a lot of respect for being vocal and unapologetic about her needs. The matchmaker, Sima, often criticized Aparna for these qualities, while at the same time encouraging the male participants who behaved similarly. “Why did Sima like certain other women over me and not like Ankita or I? People come with these notions of what a woman is supposed to sound like or look like to them.” She explained, ““I’m referring specifically to how we are taught at a very young age to smile and be sweet and giggle,” said Aparna. “And I just want to say no. I don’t want to play that game.”

Aparna admits that she has played that game in her 20s and is not about that anymore. “I got dressed for dates thinking, ‘what would all men want me to wear? What would all men like me to do right now?’ I wish I could shake Aparna from her 20s and tell her you don’t have to be likeable to all men. You need to be likeable for the right man for you. Stay authentic and true to yourself.”

Even though Aparna did not walk away from the experience with a husband (or a boyfriend) she is glad to have made so many friends along the way. She speaks to Shekhar every day—they’re best friends and are planning to visit each other soon. Similarly, Dilip and Jay are her very good friends. Except Srini, Aparna had amazing things to say about the men she met. She said, “They were so respectful of me, they are my cheerleaders and my champions and I feel very lucky that I walked away from this experience with them.”

Don’t miss out on any pop culture news or entertainment. Subscribe to our weekly newsletter here.