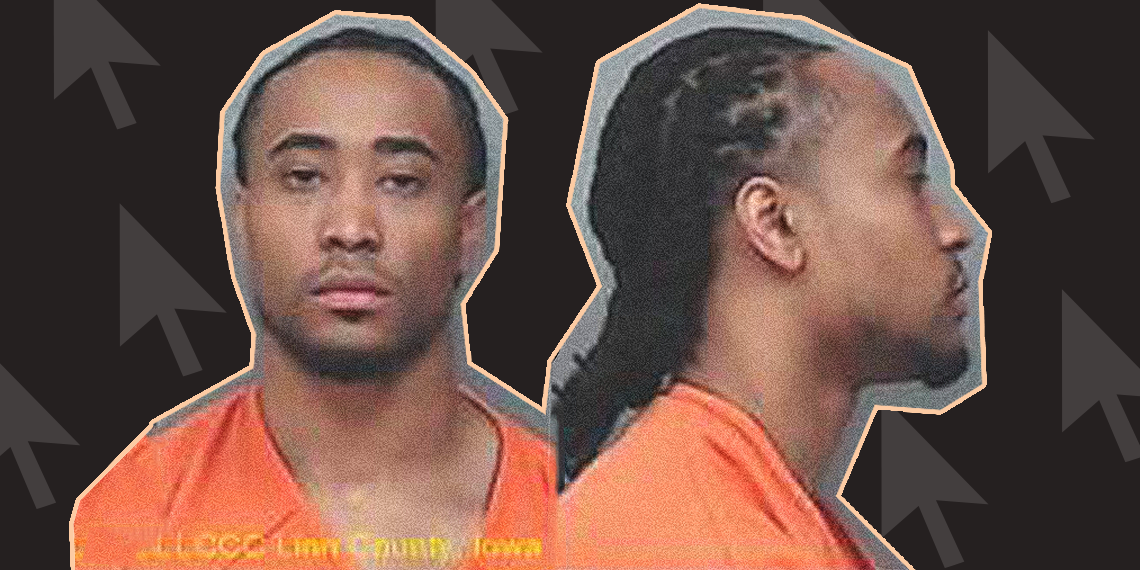 At this point, it’s really difficult to be shocked by anything an influencer does, but this story just might do it. This year, we’ve seen influencers post problematic ads, lie about their lifestyles, and fake sexual assaults, but none of that can compare to the 14-year prison sentence that was recently give to Rossi Lorathio Adams. We’re used to these people doing shady sh*t, but what he did is on a whole different level.

Adams began his social media career in 2015, when he founded an account called State Snaps. The account, which grew to over a million followers across Twitter, Snapchat, and Instagram, featured user-submitted content centering around, to quote the US Attorney’s Office statement, “young adults engaged in crude behavior, drunkenness, and nudity.” Basically, the content was a whole lot of people behaving badly, and naturally, people loved it. (Kind of reminds me of another site that ended up in the news for all the wrong reasons, I’m Shmacked.) To submit content, followers used the hashtag #DoItForState, and it became the slogan of the whole account.

Logically, Adams wanted to create a website using the slogan, but doitforstate.com wasn’t available. It was registered through GoDaddy to a man in Cedar Rapids, Iowa, but that didn’t sit so well with Adams. Between 2015 and 2017, he continually tried to convince the man to give up the domain name, offering to buy it from him, but his efforts didn’t work. So, in June 2017, he went for a different tactic. Buckle up, because this is where this goes from “Fyre Festival promo video” to “Law & Order episode”.

Adams and his cousin, Sherman Hopkins Jr. (who is a convicted felon), drove to the house of the domain owner and Hopkins broke into the home. According to the statement, he was wearing dark sunglasses and pantyhose over his head, and was carrying a stolen gun and taser, along with a note with instructions on how to transfer the domain name to Adams. Surprise, surprise, they didn’t make it to that part. Hopkins held the gun to the man’s head, and also pistol-whipped him with it several times, but the man was then able to take the gun. In the struggle, he accidentally got shot in the leg, but then he shot Hopkins in the stomach several times, and finally called the police.

I’m kind of obsessed with this story. First of all, imagine caring this much about anything—let alone a f*cking WEBSITE URL. Like, just add a hyphen or something, no one will even know the difference! If you have a million followers on Instagram, I’m pretty sure it’s gonna be fine either way. In fact, the company’s website is currently up and running at “doit4state.com,” which is like, the same thing!! (We couldn’t find their official social media pages, so we’ll assume those have been shut down.)   This whole thing is so dumb I can’t even handle it.

But I also can’t believe how wild things got once Hopkins broke into the house. He essentially waltzed in there with a sad, handwritten note explaining how to use GoDaddy’s features, and things just went so wildly wrong. I really can’t wait for the inevitable Hulu miniseries about this fiasco, because it’s going to be incredible.

Now, more than two years after the original incident, the legal loose ends have finally been tied up. Hopkins, who survived the shooting, was sentenced to 20 years in prison, which actually kind of surprised me. Like, not that he doesn’t deserve it, but I still can’t believe that all of this happened because someone wanted a domain name. As for Adams, he was convicted of “conspiracy to interfere with commerce by force, threats and violence” back in April, and last week, he was finally sentenced. He received 168 months in federal prison (that’s 14 years, idk why they write these things like moms saying how old their toddler is), and was also ordered to pay nearly $35,000 in restitution and fees. According to the legal documents, he had a public defender but was continuing to make money off of the State Snaps accounts while the case was being tried, so he has to pony up the legal fees. As for the prison time, doing some sponsored posts probably won’t help out with that (especially considering he does not appear to have an Instagram).

If this is the last influencer scandal we talk about in 2019, it feels like a fitting climax to a crazy year. Will 2020 be the year that influencers finally get their sh*t together and stop giving us reasons to talk about them? Almost certainly not. These people have proven time and time again that they don’t know how to act, and the content just keeps on coming. Best of luck to Rossi Adams in prison, and uh…don’t shoot anyone for a domain name, kids.