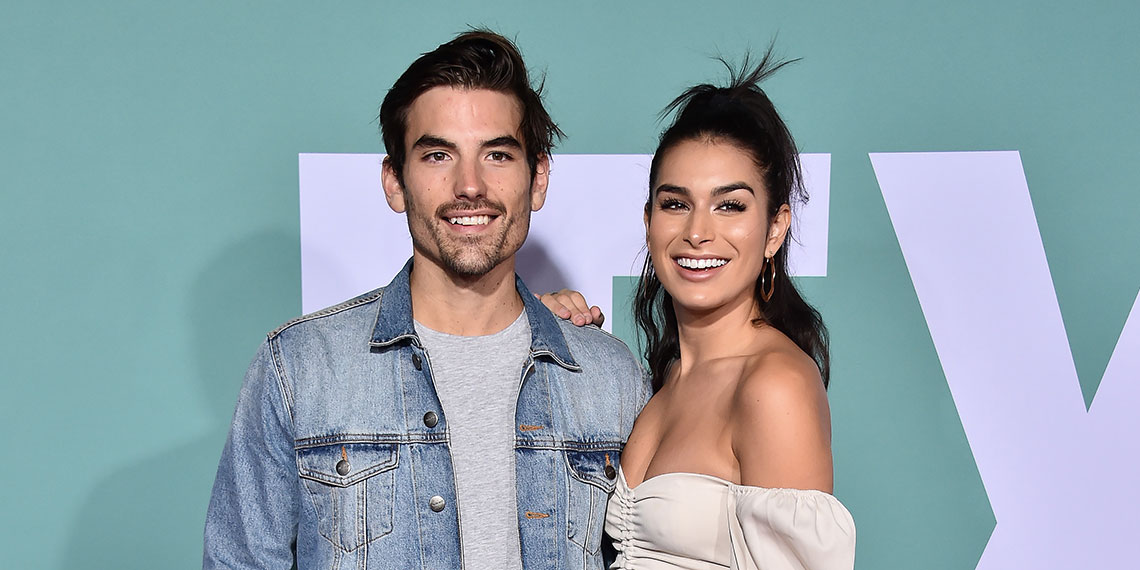 Jared And Ashley Are Getting Dragged For Doing Sketchy Ads

Even during the off-season, there really is never a dull moment in Bachelor Nation. Not only do we get to dissect major news, like Chris and Katie’s breakup earlier this week, but it’s also a pleasure just to watch these people be clowns on social media. C-list fame makes people do weird things, and no couple exemplifies this quite like Jared Haibon and Ashley Iaconetti. The President and First Lady of being thirsty took to Instagram stories on Thursday night to shill a product, and well, it didn’t go over super well.

Instead of Ashley’s typical mind-numbing #spon for products like teeth whitening kits or dog security cameras (why?), this time, she was shilling for Certapet, an online service that helps get your pet certified as an Emotional Support Animal, or ESA. Ashley rambles on for several story slides about how Jared has anxiety with flying, and that it got worse once they were together because “he’s now more responsible” for other people. In my expert opinion, that’s a fancy way of saying Ashley is high-maintenance as f*ck, and even the most chill person would have a panic attack sitting next to her on a plane.

But lucky for Jared, the folks at Certapet got him a letter saying his dog, Lois, could fly with him, and now everything is better! So easy! Of course, Emotional Support Animals are a real thing, and Jared has been open about his anxiety in the past, but people on Reddit had some thoughts about Ashley turning this into an opportunity to make money. One Redditor said, “They really will shill anything. If you have a legitimate need for an ESA, your doctor or therapist can write a letter for you.” Another added, “if he truly has anxiety and he needs an ESA, he should talk to a real therapist. Websites like this aren’t legit and ruin the system for folks who actually need ESAs.”

Most people agreed that there’s nothing wrong with Jared having an ESA if he actually needs one, but using a questionably legit online service rather than going through an actual medical professional, and then posting about it on Instagram with a discount code (that you probably earn a commission from), isn’t a great look.

Because I live for getting to the bottom of these people’s spammy Instagram ads, I did a little investigating on how Certapet actually works. And as I expected, their website is frustratingly light on actual details about how the process works. When you get to the homepage, the first thing you see is that you can “Get your ESA letter NOW for Less Than $1/Day!”

I hate to break it to Certapet, but that literally means nothing. Is it less than $1 a day for a week? A month? 72 years? This isn’t how people pay for things in the real world outside of shady infomercials. I wanted to know how much this sh*t actually costs, so I first went to the FAQ section of the site, and came up fully empty-handed. It does say that the letter is valid for one year, and then you can pay a reduced rate to renew it. Great, still no actual price.

From there, I left the site and just Googled “how much does Certapet cost,” which finally led me to an actual number. Apparently, you can either get a housing letter or a travel letter for $149, and if you want both, it’s $199. So I guess if it’s broken out over a year, that is less than a dollar a day, but that’s still a f*cking stupid, intentionally vague way of saying it. Also, it is not cheap even though they try to paint it that way with this “less than $1/day” nonsense.

In terms of the process that Certapet uses, you could probably guess that they’re a little vague about that, too. First, you complete a pre-screening, and then a more thorough assessment about your mental health. From there, “your assigned mental health professional” decides whether or not you get to pass go and give them $200. Certapet doesn’t share what percentage of people get approved, but I have a feeling that if your credit card goes through, it’s damn near 100%. Just a hunch. They say it takes less than 48 hours to get your ESA letter, so there can only be so much careful consideration going into these decisions if they take as much time as an Amazon Prime order.

Of course, mental health is important, and people who need an ESA should absolutely look into it, but the idea of turning this process into Instagram spon-con feels a little wrong. The past few years have seen a huge rise in ESA certifications, and sites like Certapet make it easier for people without actual mental health conditions to cheat the system. The New York Times reported earlier this year that one company providing ESA had seen its number of registered animals skyrocket from 2,400 to over 200,000 since 2011. While some of this can possibly be attributed to increased awareness of mental health in general, that’s probably not the only reason. When you create a loophole that basically lets people do things they wouldn’t otherwise be allowed to do, it’s safe to assume some people would exploit that loophole.

At the end of the day, Jared and Ashley didn’t really do anything malicious here—it’s not like they bought a fake service dog vest online, or did ads for Saudi Arabia. But just to avoid being problematic in the future, it would probably be wise of them to stick to sponsorships for things like teeth whitening systems. I would say they should stop doing sponsored posts altogether, but they’ve gotta make money somehow.