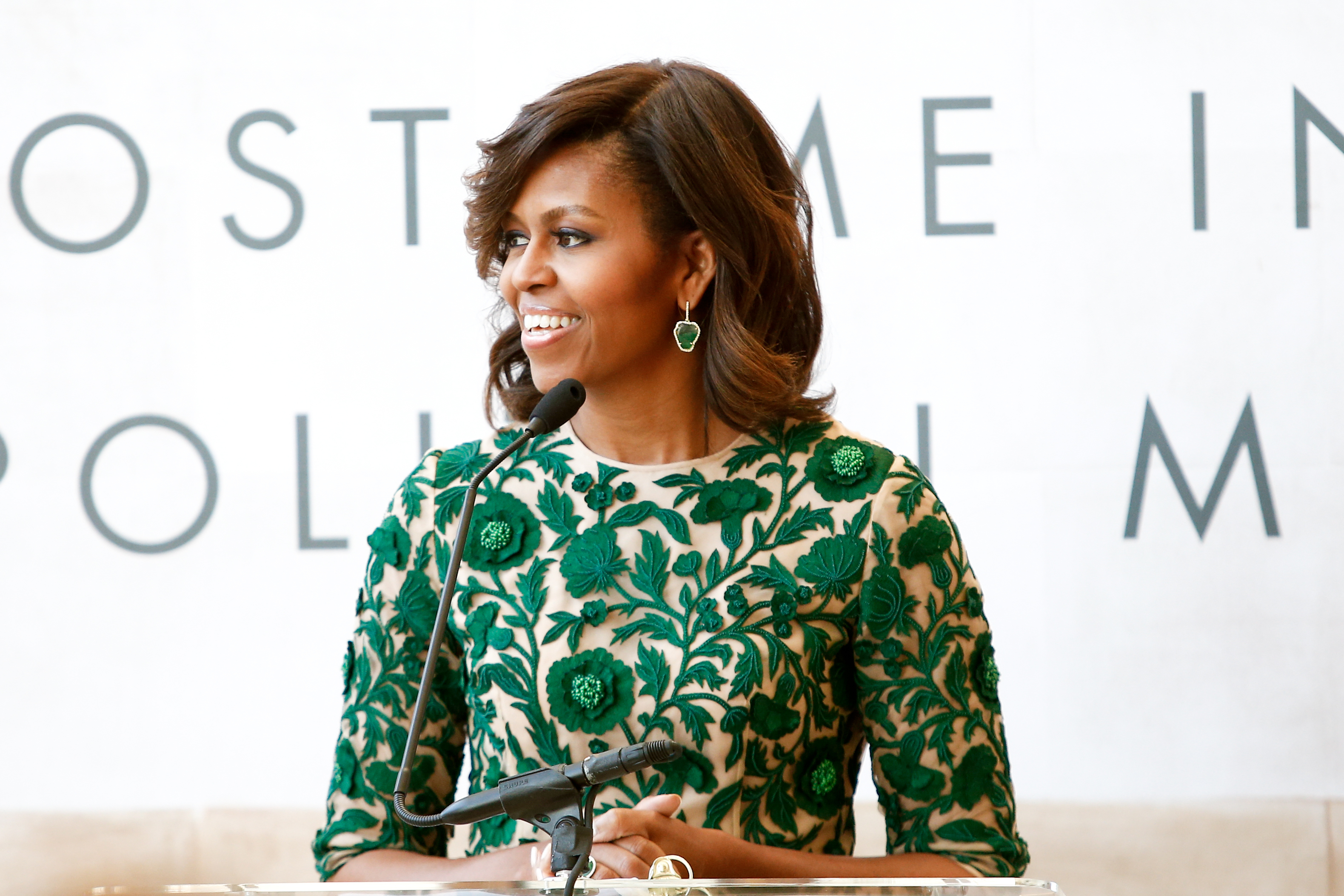 All The Tea Michelle Obama Spills In Her New Memoir

Get the book club ready because Michelle Obama’s new book is coming out, and she’s spilling all the tea. “Becoming Michelle Obama” covers Michelle’s life from childhood to White House. It details her struggles with pregnancy, her thoughts on the 2016 Presidential Election, and even some personal quarrels Trump (he once addressed her lack of smiling during a meeting—the audacity). This book is already Oprah’s obsession, so obviously it’s ours too. Michelle even treated us to a few spoilers before the book launches on Tuesday. Just another reason to love her.

You better know Michelle isn’t holding back. She openly criticizes Trump for making a false claim that Barack was not a U.S. citizen. The birther rumor originated as a way to disqualify Obama from being a presidential candidate (and it didn’t work soooo…), but the thing that really disturbed Michelle was Trump’s disregard for her family’s safety. She says the birther conspiracy was designed specifically to rile up “wingnuts and kooks” (go off, queen!) and that it put her family in danger. Considering the Obamas low-key received a bomb in the mail like, two weeks ago, this seems like an accurate assessment.

2. Why She Didn’t Smile At The Inauguration

Michelle even admits that she legit won’t even smile in Trump’s presence, saying she “stopped even trying to smile” at Trump’s inauguration. She says, “Someone from Barack’s administration might have said that the optics were bad, that what the public saw didn’t reflect the president’s reality or ideals, but in this case maybe it did.” I aspire to be this level of petty. Got to love seeing her stick by her man and not take any sh*t from America’s number one bully. Looking les mis at VIP events may not be the best look for everyone, but not everyone is Michelle Obama. Besides, if we were that close to Trump we’d have one hell of an RBF t00.

While Michelle has plenty of White House related tales, this book covers more than just her life as First Lady. This is the first time Michelle has opened up about her fertility struggles. As per usual, badass Michelle took it this on “like a mission” and went through IVF to have their two daughters. Obvs we know she’s driven AF and can legit do anything, but hearing even a queen such as herself has had trouble with fertility is not only relatable but super reassuring for tons of women who have struggled or are currently struggling with fertility (like her BFF Beyoncé).

4. Her Childhood In Chicago

Michelle also details other personal experiences throughout the book. She talks about how her childhood influenced who she is today (so basically how to raise a badass 101). As well as sharing her struggle of being a woman of color and minority at an Ivy League school.

5. She’s Not Running For President

Unfortunately, the book doesn’t mention anything about a Michelle 2020 campaign (we can dream though). However, she does talk about her shock that women didn’t turn out for Hilary in 2016. She wrote, “I will always wonder about what led so many, women in particular, to reject an exceptionally qualified female candidate and instead choose a misogynist as their president.” Okay, same.

Hopefully, this recent election’s flood of female candidates restored Michelle’s faith in humanity. Michelle has been and will continue to be an important figure in shaping our nation’s politics (probably only from the outside, ugh) for years to come. Finally, the world gets to learn how Michelle became the strong, intelligent, and vivacious woman that basically everyone loves. This book is sure to take the world by storm, so pre-order your copy while you still can.