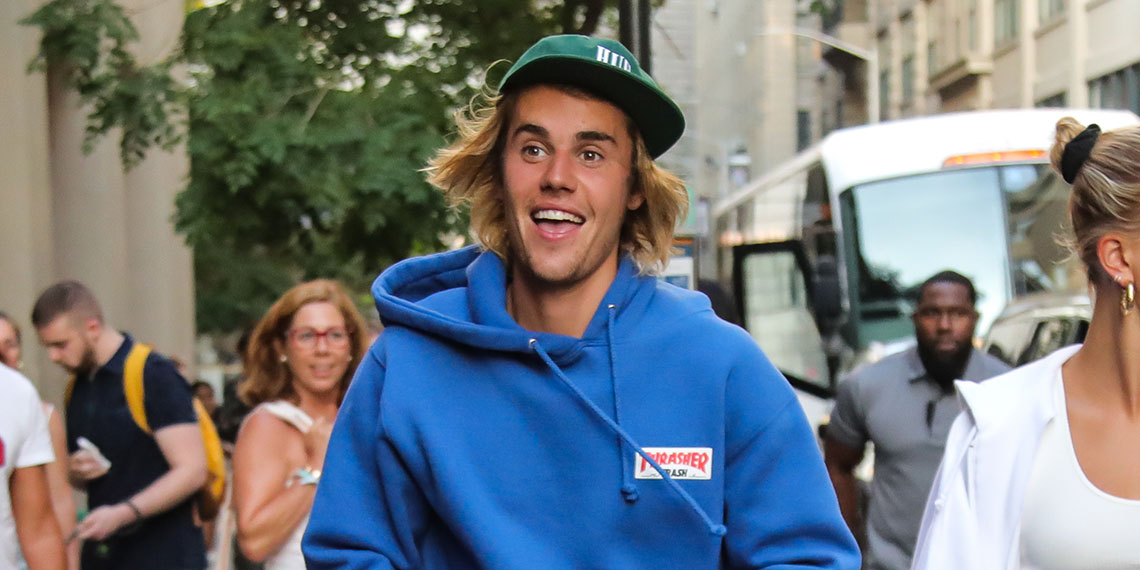 All The Clues Justin Bieber Is About To Release New Music

Last week, we spent a lot of time talking about Selena Gomez. After a lengthy break from music, she released two new songs, and there was a lot to talk about. Both of the singles are definitely about Justin Bieber, and Hailey and Selena made some shady social media posts that definitely seemed like they were directed at each other. But now that the dust has settled around Selena’s big comeback, it’s Justin Bieber’s turn to cough up some new music. He’s definitely been working on something recently, and this week, he’s started posting clues on his Instagram.

Last night, I opened up Instagram, prepared to scroll through about 100 Halloween costumes and probably a few pumpkin patch pictures. While there were plenty of Halloween costumes on my feed, I stopped scrolling when I saw this post from Justin Bieber, which I didn’t even think was real at first.

Share it, like it, post in your story, I gotta see the demand 😉 love you guys pumped for it! I’m almost done but your support will make me move faster

So after I realized that this is, in fact, a real post from Justin Bieber’s real account, I was still just as confused. Is…is Justin Bieber bribing us? Is this some elaborate scheme to tease us about his new album? Why the f*ck did he post this atrocious Insta story screenshot with a fuchsia background? Is he this desperate for likes? Does he realize that social media likes shouldn’t be the basis for your self-esteem? Is Justin okay??

Obviously, I had many questions, and I still do. But his caption at least helped clear it up a little bit. Justin says that he’s “almost Donne, but your support will make men one faster.” So he’s not like, holding a finished album hostage until we like the photo, but he’s basically saying that he needs Instagram likes as motivation to get sh*t done. Should I try this? Hey @ my boss, I’m not gonna finish this article until my latest Instagram post gets 50,000 likes.

Okay, I’m back. Sadly I did not get 50,000 likes, but I was informed that this isn’t how an actual job works. Seems unfair, but I have to pay rent this week, so here we are. Justin’s plea for likes might feel kind of desperate and thirsty, but he’s also posted some other stuff that seems to be more subtly alluding to new music.

Also on Sunday night, Justin posted another ugly-ass Insta story screenshot that just says “R&BIEBER.” This is most likely a hint about the direction that his new music will take, and at this point, I’m ready for anything that he decides to throw our way. While I love his pop and EDM stuff (“Sorry” still slaps), his more chilled out music is also great. His Journals project from 2013 is pretty much completely R&B, and I personally think it’s his most underrated music. If we’re entering a new ~R&BIEBER~ era, I’m all for it.

While these two posts are pretty explicitly about new music, the next two are much more cryptic. In the past few days, Justin has posted two different photos of doodles of the word “yummy” in big bubble letters, and people have started speculating that this also has something to do with whatever he’s about to release.

Any night any day, say the word on my way.

While the actual photos really aren’t anything special, Justin Bieber clearly has “yummy” on the brain these days. It has to mean something!! Also, both of these posts have captions that definitely sound like they could be song lyrics. I can’t wait to hear Justin sing the words “Bonafide stallion,” because I’m going crazy imagining what these songs will sound like.

Bonafide stallion, ain’t in no Stable no you stay on the run.

Of course, there’s also a chance that Justin could just be doodling about nothing, and the captions are just random words in his brain. I remember in third grade how I would get one random word in my mind and just draw it like 500 times, and sometimes I think Justin Bieber has the brain of a third grader. Sorry, that was mean.

Whether “yummy” means anything or not, it finally seems like Justin Bieber is getting serious about releasing new music, which is great, because I can only listen to Purpose so many times. Just kidding, there is no limit to the amount of times I can listen to Purpose. That was stupid of me to even say. Regardless, I’m hoping that Christmas will come early in the form of a J-Biebs album, so everyone please go like that photo. Right now, Justin only has 7.2 million likes, so I’m starting to get nervous.