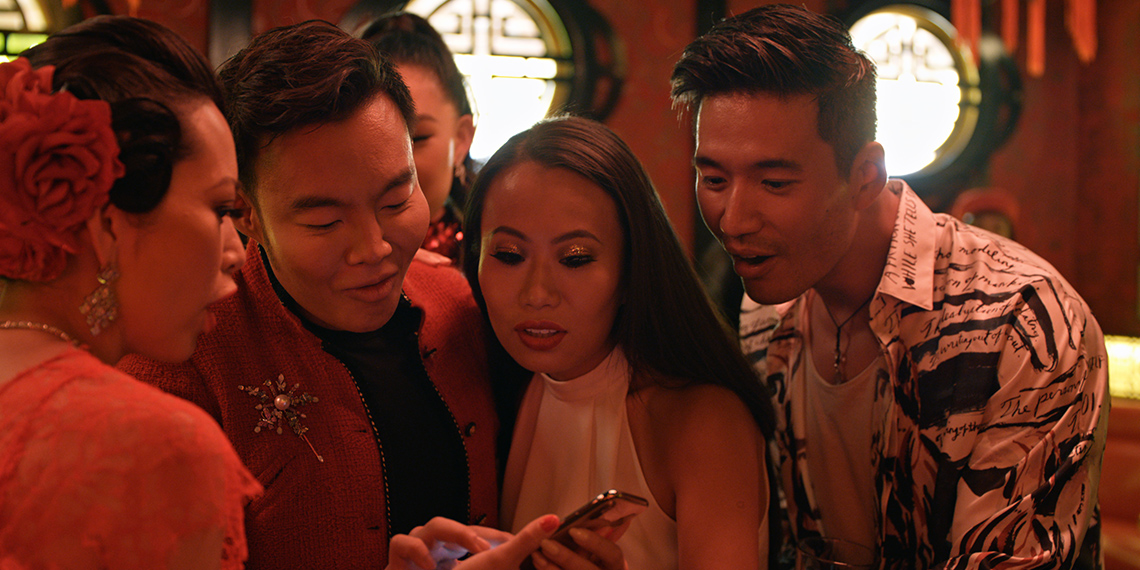 All Hail The Penis Pump, The Unspoken Main Character Of ‘Bling Empire’

This weekend, Bling Empire, a glitzy, designer clothing-fueled reality TV show, premiered on Netflix. The show follows a group of (my brain: don’t say crazy rich, don’t say crazy rich, don’t say crazy rich) insanely wealthy Asian friends living in Los Angeles. They attend and throw lavish parties, spend more money on jewelry than I make in a year (at least, I assume — they are so rich they don’t even discuss prices), and fly on private jets. While the show actually does have plenty of heart and shows the cast going through difficult moments such as debating surrogacy, locating biological parents, and having children before marriage, Bling Empire’s arguably central conflict revolves around a penis pump, and for that, it deserves an Emmy.

Before analyzing this conflict, I must first explain the cast of characters involved. First is Anna, the older sort of matriarch of the group, and Bling Empire’s own Karen Huger. Though Anna would never be so gauche as to call herself the Grand Dame of Los Angeles, she’s probably thought it a few times and definitely would not object if you called her that. (You can just tell by the way she showers her friends with gifts.) Then there’s Kim, world-famous DJ. Not really central to the conflict but worth mentioning nonetheless is Kevin, the dopey but lovable (and supremely hot) model who is not wealthy and thinks Hermès starts with an E, much to the delight and condescension of his friends. Finally, we have Guy, who is just kind of there to help instigate.

Additionally, I must also explain what a penis pump is, because, based on the conversations I had with my straight female friends, it sounds like something that should be pretty self-explanatory, so it feels embarrassing to not actually know what it does. No shame here, because I had to look it up and then was asked why I was shopping for penis pumps when I opened up my phone to show my friend a meme. (Later on in the episode, cast member and socialite Christine Chiu feigns understanding of the mechanisms of the very same penis pump, so again, don’t be embarrassed.) Anyway, according to the Mayo Clinic, a penis pump is used to help get or maintain an erection. It’s a more temporary fix than, say, taking Viagra, and it cannot enlarge the penis.

So there we go! The drama starts when Anna invites the group over to her house for a spa day. We don’t find out until the massages start that they are not getting regular massages, but face massages — the kind popularized by the likes of Meghan Markle. Très chic.

While half the group are getting face massages, Kim decides that she wants to go sage Anna’s house. This is another subplot of the show: the supernatural. At one point, Cherie (former pop star and current baby mama to a guy who is dragging his feet about marrying her) hires Tyler Henry, the celebrity medium, to contact her mother from beyond the grave. Later on, the group meets with a Shaman over a bonfire. But for now, we start small, with Kim barging into Anna’s house under the guise of saging it, when in reality, she just wants to nose around.

She and Guy make a beeline for the bathroom (because, ya know, that’s where all the ghosts hang out), where Guy immediately notices Anna has a penis pump in her shower. (Guy knows because he has the same penis pump, but specifies he keeps it in his bedside drawer.) They both giggle so loudly that everyone getting massages in the yard can apparently hear. Guy and Kim laugh when they pick up the penis pump, grossed out that it’s wet, even though we just established that the penis pump is, in fact, in the shower.

Kim’s solution is not to do what most of us would, and put it back where it came from and pretend she never saw anything, but as she puts it, “throw it outside, that sh*t’s disgusting.” When Guy points out that throwing someone’s belongings out the window is rude, Kim replies, “that’s not rude, it’s disgusting,” adding, “That sh*t’s illegal.” Owning a penis pump is not, in fact, illegal.

Guy, with his hand wrapped in a paper towel, picks up the penis pump (which is surprisingly big) and chucks it out the window. It lands on the lawn, and everyone immediately knows what it is, a fact that surprises me, since I would not have been able to identify that object under threat of execution.

Just as any of us would be, Anna is not pleased to see the penis pump land on the grass near her feet. She later tells the camera in an interview, “this is not a screw you situation, this is a f*ck you situation,” I guess because “screw you” is slightly less scathing of an insult than its expletive counterpart? In any case, she is pissed with a capital P.

This would all be a weird, likely producer-manufactured one-off event, if Kim would have apologized for doing something so obviously rude. Instead, she refuses to acknowledge that barging into someone’s bathroom and throwing their belongings out the window — even if Anna did later clarify to the LA Times that it was the guest bathroom, not hers — is objectively poor guest behavior, no matter whose house you’re in. She tries to shift the blame onto Guy, telling Anna, “I’m not the one who found that thing,” and insisting she’s not blaming Guy as she, in the same breath, continues to blame Guy.

The drama continues later in the episode at Kelly’s moon festival celebration, where Kim doubles down on her behavior. Kevin asks, “who raised you, wolves?” and Kim throws a drink on his outfit with not a single flicker of emotion crossing her face. She does it almost not as a reaction, but as an automatic response  — a pre-planned reflex that she was preparing to activate no matter what Kevin said.

On other TV shows, throwing a drink in someone’s face would immediately spark an all-out brawl (any Bravo program comes to mind). But in Bling Empire, it only results in Kevin standing up from the table, muttering to Kim about sending her the dry cleaning bill (while the rest of them hem and haw over Kevin’s now-ruined outfit, which costs $100,000), and leaving the party.

And somehow, this penis pump plot that could have been quashed with one simple apology manages to pump out (pun intended) enough drama to fuel a significant portion of the show. Kim doesn’t even apologize to Anna until the end of the final episode! It is really the gift that keeps giving.

None of this is to say the show is not worth watching — on the contrary, I think everyone should binge it right now (so we can talk about it). It’s frivolous and fun, yet there is a lot of heaviness in the subplots (such as: Andrew’s displays of emotional abuse, Kevin and Kane’s decision to locate Kim’s biological father without asking her first, etc.). If this were The Real Housewives and there were three fewer cast members and 14 more episodes, I’m sure we would have spent a lot more time diving deep into the darker plot lines. But we don’t; we get as much designer name-dropping and sex toy squabbles as we get discussion of cultural taboos. And I’m cool with that! The show is called Bling Empire, and damn it, we get an empire of bling: attractive, shiny, not overly preoccupied with what’s going on underneath.

Perhaps pumping up the penis pumper was a deliberate choice by the cast, who seem savvy enough about how reality TV show production works, to intentionally avoid substantive conflict with each other. (Personally, if someone robbed me of my moment to find out for myself what happened to my biological parent because they wanted to play detective, I wouldn’t thank them, I’d have a hard time speaking to them again.) Or maybe it’s because without the penis pump disagreement, most of the cast seems to get along just fine, save Anna and Christine, who feud half-heartedly over owning the same necklace. Whatever the reason, the penis pump provided conflict, it provided laughs, and it provided education. And for that, I thank it. It, more than any cast member, deserves a contract renewal for season 2.