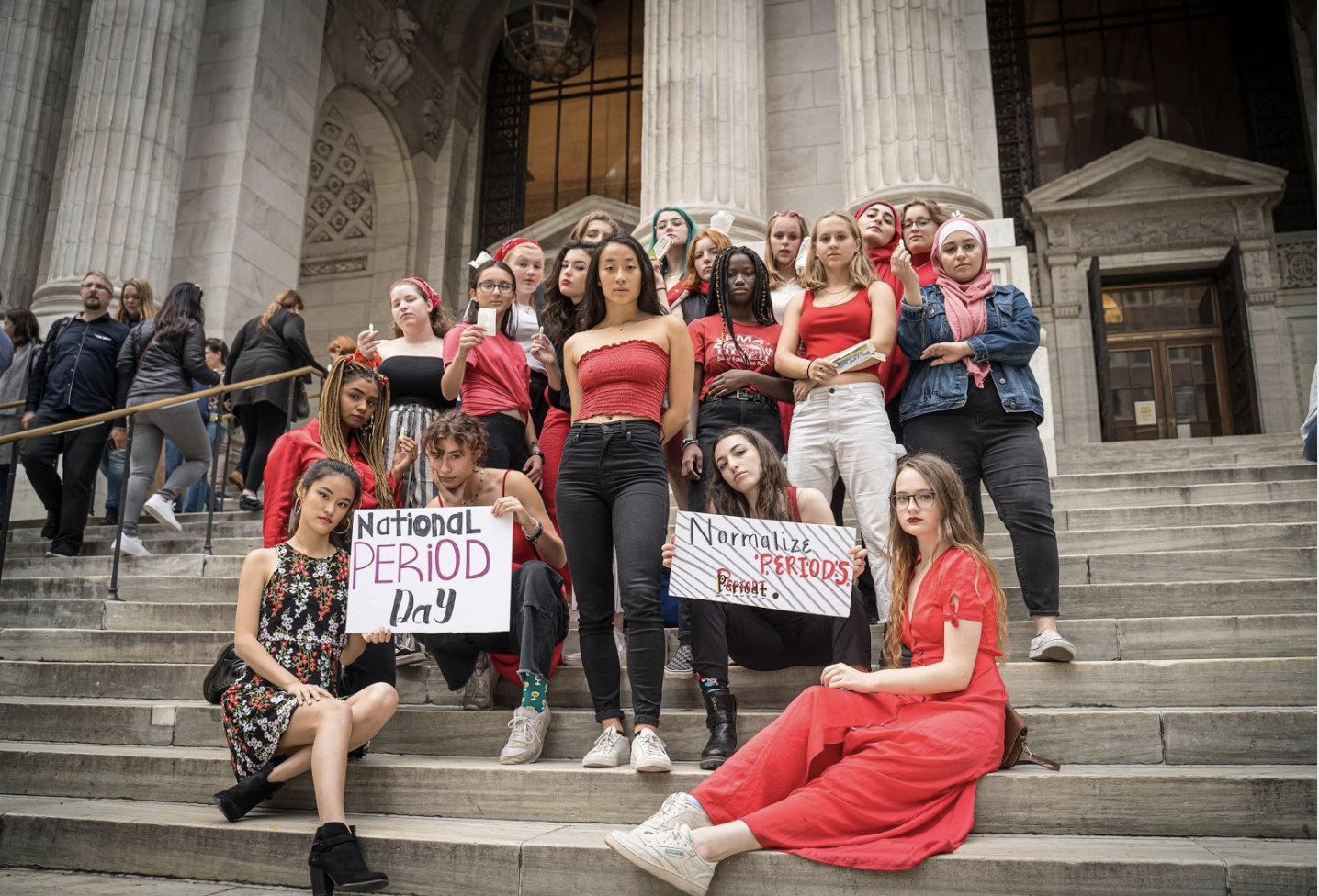 Across The Country, Tampons Are Taxed As A Luxury. Here’s How To Fix It.

October 19th is National Period Day, which aims to bring awareness to the issue of period poverty (meaning, lack of access to hygiene products because of financial constraints) and make period products more affordable for people who menstruate everywhere. One main way we’re trying to do that is by ending the Tampon Tax—a sales tax placed on hygiene products like pads and tampons, that other items, like Viagra, do not have. We tapped Nadya Okamoto, the founder of PERIOD, to tell her story on how she found out about period poverty, why she’s so passionate to end it, and what we can all do to help.

It’s 2019. People have been menstruating since the beginning of humankind. Periods make human life possible. And yet, still today, 34 states have a sales tax on period products, basically considering them luxury items. WTF?

When I was 16-years-old, I discovered an unaddressed natural need I’d never thought about before: periods. At the time, my own family was living without a home of our own, and I was facing a two-hour commute to school on public transportation. I became friendly with homeless women who I saw at my bus stop every day. In asking them, “what do you find most challenging about your living situation?” I collected an accidental anthology of women using toilet paper, socks, brown paper grocery bags, and even cardboard to take care of their periods. I distinctly remember one woman showing me how she would take a small piece of cardboard, rip off the outer layer from each side, and then rub the middle section in between her hands to make it a more flexible homemade version of a pad.

Privilege check: Even when my family was experiencing housing instability, I always had access to menstrual products, and had never even thought about using trash to take care of my period. In fact, I had never even thought about what it would be like to menstruate without access to period products. Hearing these first-hand stories of period poverty ignited anger and curiosity within me. I kept thinking: How is it that menstruation makes human life possible and we haven’t figured out a solution for all people to have period products?! While simultaneously wondering, how far does the issue go? Who else can’t afford access to period products?

So naturally, I took my questions to Google. In my free time, I would search keywords about menstruation, poverty, and different geographical regions, just trying to learn more.

Through my research, I learned that periods are the number one reason why girls miss school in developing countries, and often times a girl’s first period is the single event that leads to her dropping out of school, getting married early, or undergoing female genital mutilation or social isolation. It was actually easier to find information about period poverty in other countries than it was about the United States. I learned that at the time, in 2014, 40 states in the US had a sales tax on period products, considering them “non-essential goods”—so, basically luxury items.

Meanwhile, products like Rogaine and Viagra were considered essential and didn’t have this tax. I remember reading this and refreshing the page a few times to make sure I was reading it correctly before thinking: Are you f*cking kidding me?! Old man hair growth and erections are considered more of a necessity than over half of our population feeling clean, confident, and capable 100 percent of the time, regardless of something so natural like a period? What?!

These exact thoughts and emotions have not left my mind since I discovered the “tampon tax,” the term used to describe the taxation of menstrual hygiene products.

Since 2014, when I started my activism in the #MenstrualMovement, we’ve seen incredible progress: countries like India and Australia have nationally axed their tampon tax, the UK has repurposed the revenue from their version of the tax to directly provide period products to girls in secondary schools, and the US is down to 34 states (still an overwhelming majority) that still have the tampon tax.

Eliminating the tampon tax is not going to be a blanket solution to period poverty—I mean, realistically, the tax is not impacting the menstruators who have the least access to tampons. It’s affecting the people who are already purchasing the product, making the cost a burden for primarily low-income consumers. That being said, the reason period poverty persists is because menstrual hygiene is not treated like a right, it’s treated as a privilege.

Here’s an example: Just earlier this year, a GOP Representative in Maine voted against a bill to make period products accessible in prisons, saying that “the jail system and the correctional system was never meant to be a country club.” As if we can opt out of periods like they’re a Netflix subscription.

The #tampontax frames menstrual hygiene as a LUXURY—an inaccurate assumption we need to deconstruct once in for all in the movement against period poverty. At the end of the day, this fight isn’t just about periods, this is about the fundamental human right to be able to discover and reach one’s full potential regardless of a natural need. And what could be more natural than menstruation?

Join us this Saturday for the first-ever National Period Day. On October 19, my organization PERIOD will be mobilizing rallies in all 50 states and major cities, demanding action and an end to the #tampontax. Join us at one of our rallies in-person, or share why you’re joining the #menstrualmovement on social media by using #nationalperiodday and tagging @periodmovement. There are so many ways to get involved both nationally and statewide—check out Utah’s legislative campaign and help us keep putting pressure on Ohio lawmakers to end their “pink tax”! I truly believe that if we unite and we refuse to shut up about periods, we can take down the tampon tax in the new few years. Just 34 more states to go.