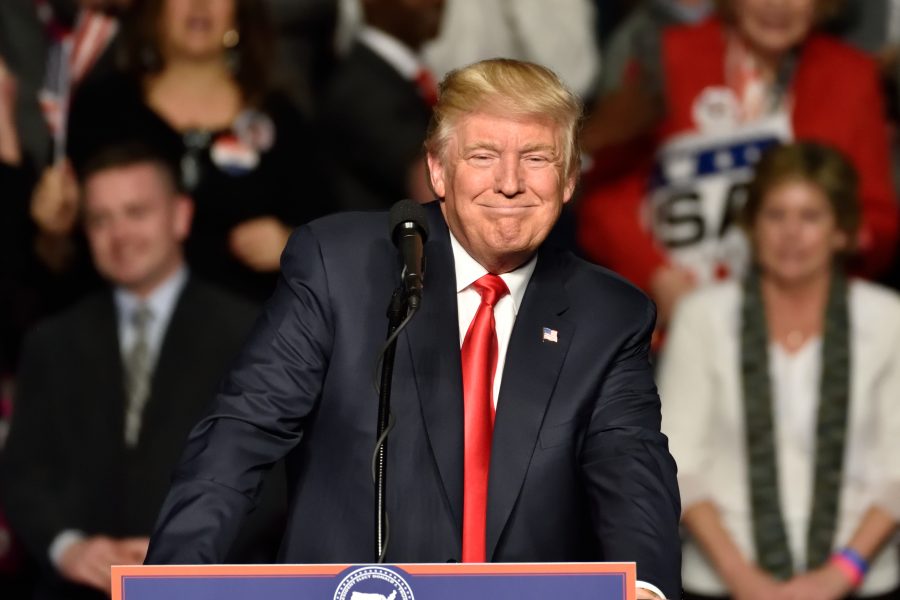 These 4 Abusers All Worked In The White House This Year

This week Rob Porter, the now former White House staff secretary (bye, boo), stepped down when two of his ex-wives accused him of physically and mentally abusing them during their marriages to him. Trump, as he is wont to do, reminded everyone that Porter considers himself innocent and that he “very good job when he was at the White House.” Yeah, OJ Simpson did a good job at football, but that isn’t the issue here, Donny. Why is it that this White House is so obsessed with defending abusers?

Everyday is a new day to wake up and learn that not only is the Trump administration fucking us as a whole, but the individuals that his abhorrent cabinet is composed of, have been fucking and fucking over people their whole lives. AKA Trump surrounds himself with people who are legally defined as creeps. It isn’t just Porter. Here are the other people hanging at 1600 Pennsylvania Ave who have super serious allegations against them.

Somehow Steve Bannon’s scaley ass landed a wife. That might’ve been a surprise, but what unfortunately isn’t is that that (now) former wife charged him with domestic violence and battery. The chargers were later dismissed, as was Steve Bannon, from both his job at Breitbart and the White House.

Porter isn’t the only person who dipped out this week. Sorensen, a speechwriter who worked under Stephen Miller, quietly stepped down after his ex wife of two years came forward accusing him of being violent and emotionally abusive. The only thing surprising about this is that someone helps Stephen Miller write his speeches.

Puzder was the former CEO of Carl’s Jr and was Trump’s nominee for Labor Secretary. Everything you really need to know is that this is what Carl’s Jr ads are like. Oh, also his ex-wife made allegations of domestic abuse against him. Technically this guy never made it to the White House because he withdrew himself from consideration for the Labor Secretary position which might be the only smart thing he’s like ever done?

Ding ding ding! Our president has 19 abuse allegations against him and has been caught on tape, for our great nation to hear, discussing grabbing a woman by her genitals. We still voted for him, so maybe we are just fucking ourselves!

If you or anyone you know is a victim of abuse, call the Domestic Abuse Hotline for help ASAP.