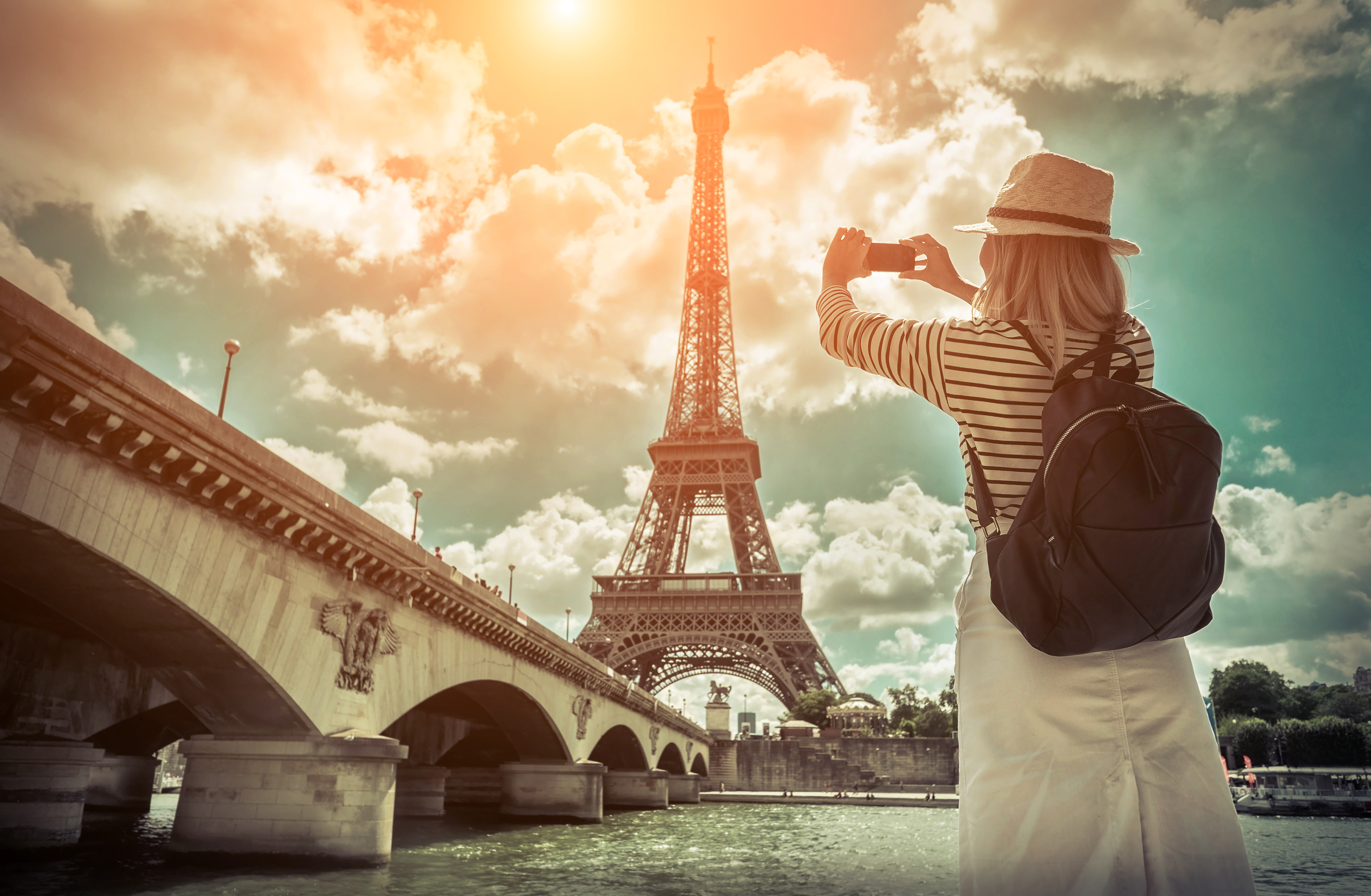 We all know 2018 has been the year of the scammer, and the gods of winter solstice have come through with one final controversial event to propel us into the new year. The alleged scammer’s name is Aggie Lal (more commonly known as @travel_inhershoes), and she popped up this December with a simple yet elegant plan that will be sure to influence your financial goals for next year. A few months ago, Aggie announced that she had created a 12-week course called “How To Grow Your Instagram,” where Aggie’s most loyal followers—called her “Master Tribe” because white women on Insta can’t be stopped—could go “behind the scenes of going from being a broke traveler to becoming a six-figure earning travel blogger.” All for the low, low price of $497.

Okay so right off that bat your bullsh*t detector should be going off. First of all, there is no need for a 12-week course on how to grow your Instagram. I will give you this course in six words: be beautiful and post thirst traps. As an added bonus, you can also be rich. Being rich is always helpful. But that’s not even really the issue. The issue is that, according to several people who signed up for Lal’s “Master Tribe” (ugh), the course didn’t deliver what was promised. I am just shocked and appalled that something I saw on Instagram might not be real!

Things started to go south when one of Lal’s students published a Medium essay called “I Was Scammed by a Celebrity Influencer” detailing their experience in the class under the pseudonym Wannabe Influencer (gotta love that honesty). Wannabe Influencer said she’d been following Lal for a long time and was “damn curious” about how she built her brand, only to find herself $500 deep into what she alleges was a scam. (For the record, I have spent $500 to have a 40-year-old man who still sleeps on a dirty floor mattress teach me improv comedy, so no judgment.) The post was picked up by Buzzfeed News, and it was all downhill from there.

Lal enrolled a casual 380 people in the “course,” meaning she made $188,860 on the sales. (Not bad for a girl with no talent.) Despite a promise of 12 weeks of instruction, Lal only ended up providing courses for six weeks. According to Lal, this lapse was due “hurdles with health” and “internet connectivity issues,” which sounds a lot like sh*t I say when I fail to show up to work for the fourth day in a row. However, Lal continued to post her regular Instagram content, which just violates the cardinal rule of playing hooky: don’t post to social media while you’re claiming to be out of commission.

But it wasn’t just the lack of classes that were a problem—members of the Master Tribe (every time I type that my fingers almost fall off) were supposed to learn “not only social media techniques” but also “photography classes,” and the “business side of things.” Unfortunately for the people who paid $500 to learn how to use an iPhone, one student described Lal’s content as “basic information you would find from a simple Google search,” and complained that the videos were “barely five minutes long.” When Lal did upload videos, some students reported her making problematic comments like “People who work at Starbucks aren’t living up to their full potential,” which is pretty rich coming from a woman who looks like a sentient pumpkin spice latte.

One of the big issues participants took with the class (apart from the fact that it’s something you bought from a random person on Instagram) happened when Lal issued a “challenge” to the class. And what was this challenge, you ask? The challenge was to post about the course to your own followers, trying to get them to sign up for the class themselves. As anyone who has ever had a friend that got too deep into LulaRoe can recognize, this has all the makings of a pyramid scheme.

This all brings us to the inevitable notes app apology, posted to Instagram in true public gaffe fashion:

I woke up to terrible news that some of the students in my Mastertribe course felt disappointed with it. ::::: I was heartbroken because this course was my baby, which I’ve been working on since June. It took me and my team months to create almost 9 hours of video classes. I never held any information back, always being open about everything I know: including sharing my media kit, email examples, Lightroom, Photoshop and camera tutorials etc. ::::: I want to sincerely apologize from the bottom of my heart who anyone who feels like what I shared wasn’t enough. :::::: Due to some hurdles with my health and WiFi connectivity, 4 out of 66 videos didn’t get uploaded as scheduled last week. I did apologize over the weekend to the Mastertribe directly but no excuse can justify me not showing up for those who I care about thre most, my tribe. :::::: I already spoke to each Mastertriber directly and offered to anyone who felt disappointed in the whole situation a full refund (to be processed by this Sunday). :::::: I was honored that so many beautiful people joined the class and it makes me feel truly terrible that I’ve let my tribe down ???? :::: My intention has always been to inspire this community I dearly love and I would never want you to feel taken advantage of. ::::: I am closely talking with each member of the Master Tribe but wanted to let my wider community know what is going on. My goal is to support the next generation of Instagrammers by sharing learnings from my journey so far. ::::: Love always, Aggie ❤️

Like most Insta-pologies, this didn’t exactly go as planned. Lal told BuzzFeed News she is offering “anyone who felt disappointed in the whole situation a full refund,” but disgruntled Master Tribe members flocked to the comments to tell their own stories. They claimed that Aggie had initially blocked people who asked for refunds, calling them “Bad Apples.” They also called her out for claiming she “just woke up to” news people didn’t like the class, when students had actually been reaching out for weeks. It reminds me of when I ghost a guy for six weeks because I found a guy I liked better, only for that relationship to fall through, so I hit the original guy up with an “OMG I just saw this” text.

Others just generally took issue with how the class had been run and Aggie’s characterization of people who left the class as being “unmotivated” or “not dreamers.” (Because paying $500 to have to watch a bunch of Instagram tutorials is totally the dream.)

But perhaps most damning of all, several comments pointed out that Aggie’s follower count had grown suspiciously since the news of her failed course, despite the fact that many people were actually unfollowing her. All of this points to the original sin of Instagram: buying followers (and getting caught).

Uh yeah, you think a lady who somehow finessed her way into $180k in fake “course” money wouldn’t buy followers when the going gets tough? I sure do.

Time will tell if this is truly a scam, or more of a well-meaning-but-poorly-executed blunder, so I’ll be watching closely. Aggie’s latest update is a doozy, and she swears up and down that she’s done right by the people who demanded refunds:

????✨ ::::: I wanted to share an update with my wider community about the progress that's been made with my @MasterTribe. All students who asked have been refunded. The 300 who remained enrolled will continue to learn from me and will also receive personalized feedback. ::::: Despite my good intentions and a firm belief that what I know and shared is enough to become successful in this field, it's clear now that I could have communicated my knowledge in a more hands on manner and I have taken this as a huge learning experience. ::::: I started Master Tribe this year with the hopes of repeating the success of the first edition and providing even more value. The first @MasterTribe in 2017 produced some of the most original and admirable accounts in this space, with some of the students growing organically from a few hundred to well over 100k followers. I strongly believe that I can help current students achieve a similar success and I will put even more effort in to make sure it happens. ::::: In the meantime, I've decided to step back to restructure the way I run my page in a team of one so that I can continue to deliver quality content that so many of you enjoyed. :::: Merry Christmas, Happy Holidays and see you in the New Year. Xxx Aggie

Maybe you really can develop a lucrative Instagram career from watching videos of one girl who’s clearly more attractive and has more access to money than most. Maybe you’ll win the lottery and not even need an Instagram account, for that matter—all things are possible. Maybe, just maybe, if she was going to produce content “in a team of one” (who’s snapping those pics, sweetie?) and charge $500 for it, she should have actually had the content ready to go when people signed up. I know, call me crazy.

The real scam, if you ask me? This bitch is NEVER wearing shoes when she travels.