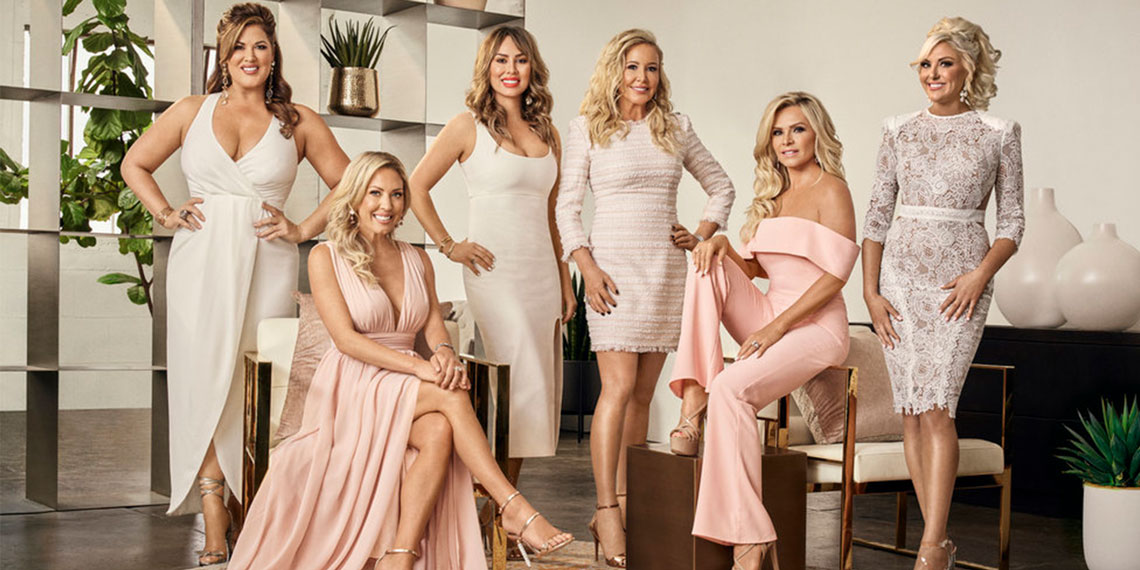 Guys, RHOC is finally back on August 6th! For those of you that do not have absolute trash taste in television, RHOC is Real Housewives of Orange County, aka the franchise that started it all. For what it’s worth, I am still absolutely beyond livid that OG of the OC, Vicki Gunvalson, was demoted to a friend, but I will still watch. It seems like the ladies of OC have been busy, with Gina getting a DUI (she is the worst, why is she still on the show?), and ex-Housewife child Alexa Curtin getting arrested for drug possession. A lot has gone on in the THIRTEEN YEARS the OC ladies have graced our televisions. Seriously, the early episodes somehow look like they were shot in the 80’s compared to now. I don’t get how that happens. I was in high school when this show came out and I don’t remember TV looking so bad? But anyway, nothing has changed more than the Housewives’ faces. It’s not really that surprising, considering that in Orange County, plastic surgery is a necessary chore, like going to the gym or the grocery store. Everyone uses the same two surgeons and it’s all very, very creepy. Vicki alone has had three full face swaps. Let’s take a look at the current cast’s face from their first episode until now.

Tamra Judge started out in season 3 as Tamra Barney, and she was a sad, pathetic woman that followed around her gross, controlling husband. Thankfully she’s definitely had a personality glow-up with the new face (seriously, that season 3 pic is UNRECOGNIZABLE) and is now super strong mentally and physically (since she owns a gym). She definitely had her face frozen via Botox, possibly her chin shaved down (OUCH), definitely got some veneers, but it seems like she kept her original nose! What a rarity in OC.

Shannon Beador entered our lives in season 9 as a super thin, insanely rich resident psycho who wouldn’t have Wifi in the house because she believed it causes cancer. Since then, she’s gained and lost some weight, most noticably 180 lbs of douchebag cheating husband. I live for Shannon Beador and her use of everyone’s first and last names. Face-wise, she looks completely different, but it looks like a standard frozen face/lip injections/Botox kind of deal, plus basic aging and weight change.

Is there anyone messier than Kelly Dodd? Kelly looks like she had a lot of work done before the show, so her face hasn’t changed that much in the years since. She’s always had a kind of Michael Jackson nose, filler-lip sort of look to her. Plus, she was dating a plastic surgeon. I always had mixed feelings about Kelly. On the one hand, I hate her. But on the other hand, with Gina and Emily back on the show, I’m grateful for her presence because who else is going to fuel the drama for us to watch?

I dislike Gina so much, I can’t stand it. She is just such a bummer of a person. First of all, she belongs on RHONJ if anything, and let’s be real, she’s way too dull for that show. She spent the entire last season crying about her marriage. Stay with him, leave him, shoot him, dammit Gina, I do not care. We do know now that Matt is allegedly abusive and was arrested for domestic violence right after season 14 filming ended, which I do feel horrible about. But I still don’t think I should have to watch her on TV. Also, she recently got a DUI. Is she trying to audition for Celeste on Big Little Lies? Get. It. Together. She’s only been on the show a few seasons, but honestly, she doesn’t look like EITHER of these pictures IRL. She did kind of go from 30-something with a lot of makeup on to aging evil stepmother, though?

Emily is another one that I audibly groaned when she was announced back on the season 14 roster. She is just so boring. In sorority recruitment, we’d call her “vanilla”. Meaning, she’s nice but there is literally nothing else you can say about her. There was no room for vanilla in my sorority, and there should be no room for vanilla on my reality TV. Since she was only added last year, there isn’t a major difference to her face, except her cheeks look puffier this year, which could be from fillers. When people start getting cheeks that look like full circles, I get suspicious.

Although Vicki was demoted this year, I refuse to accept it and I’m including her anyway. Also, she has had SO MANY FACES, which she openly admits to. Vicki started season 1 as this super religious parent and it took quite a few years before we discovered that Vicki really cheated on her husband a bunch (hey, he cheated too!), and lived a crazy, secret life. It was awesome TV. This woman has brought us so much insane drama, I can’t believe having her around is even questioned. I do have to say, even with three new faces, Vicki looks good this year. Remember that one season where her hair was a mess and she was sweaty literally every episode of the entire season? She said she thought she could do her own hair, and turns out, no she cannot (#relatable). She’s at least improved upon that. Let’s hope she’s invited back into her RIGHTFUL PLACE for next year!