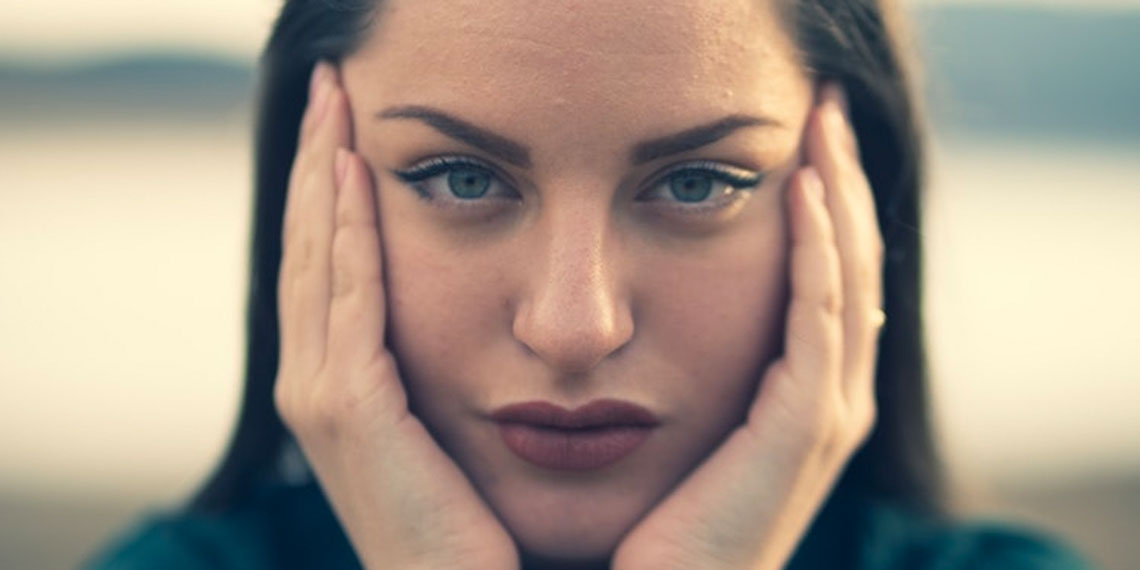 How Getting Botox Changed My Life

For the past couple of years, my jaw has been clicking. And it’s like, loud and noticeable, and honestly, more annoying than anything else. I can’t even sneak a quick protein bar at work without everyone around the world knowing, because the clicking is THAT loud. However, in the past year or so, it’s gone from “just annoying” to painful and nauseating, to the point where it was negatively affecting my overall well-being on a daily basis.

When the clicking first started, I consulted with my dentist about the issue. He gave me a night guard, which did temporarily help the issue, but clearly wasn’t the answer. After a couple of months of religiously wearing the night guard, the clicking returned. Not to mention, I had also started grinding through my mouth guard harder than the cast of Jersey Shore when they’re at da club.

To give some more context, I clench my jaw when I’m stressed or really focused on something at work. So basically, I’m clenching the majority of the day. The clenching was causing so much tension that my jaw legitimately felt sore. Like, the kind of soreness you feel after a tough workout but like, in my jaw. But the issue only just began there. This tension was then causing me headaches, which were consequently making me feel nauseous. Basically, this jaw issue was creating a recipe of misery impacting my day-to-day life.

And, on a more vain note, my face shape had gotten more square. For friends and family it was hard to notice the change, which had occurred slowly over a few years. But, when I looked in the mirror, I saw a Lego head. And, if I back-stalked myself on Insta hard enough, it was clear to me that my face shape had changed. Whether others could see it or not, my face had gone from oval to square, and I wasn’t here for it.

I started doing my research on the issue and, this time when I went back to the dentist a year later, I asked him about my findings. (Yes, I was that annoying patient who diagnosed myself via Google.) I asked him about jaw Botox, a newer treatment gaining popularity for patients with jaw issues. He told me that there was still limited knowledge and research on the procedure, but that he was more than willing to give me a referral to an ortho surgeon to get a consultation. At this point, I was more than willing to try anything.

So, I scheduled my appointment with the ortho surgeon in hopes of some relief. The surgeon carefully went through the normal questions with me to make sure she was diagnosing the issue correctly. She asked about whether I wore a night guard and questions relating to whether it was possibly TMJ. It wasn’t TMJ, because my jaw wasn’t fully locking, I was just clenching. And clenching hard. The diagnosis? Bruxism, a fancy name for the grinding and clenching of the teeth. Which, for many people such as myself, is a bad habit resulting from feelings of nervousness or stress.

From just looking at me, the oral surgeon affirmed my own observation that my face shape was square. Of course, she didn’t know what I looked like before, but a quick look at me and she agreed with what I had already believed. She then actually felt my lower jaw muscles (known as my masseter muscles) and was in shock and disbelief about how strong and bulky mine were. Next, she felt my upper jaw muscles (the temporalis) and also commented on their strength and bulk. The ortho surgeon then explained how the two muscles were connected, and how they together enhanced the overall appearance of my newfound square face shape. She explained to me that it makes sense my face has gotten more square because these muscles had become so overworked and strong that they had gotten bulky. Uhm, excuse me miss, but how can I transfer this stressful habit to my abs instead????

All that being said, the oral surgeon said she would start by injecting my masseter muscles with Botox, using a smaller amount than would probably be necessary. When it comes to this procedure, she explained how it’s better to start with too little rather than two much because, too much could affect my ability to chew. Which like, low-key I would have been down for—what better way to finally kick my late night snacking habit, ya know? But not really. Anyway, then after two weeks, I would come back into her office and she could add more Botox if I felt it necessary.

Even in those first two weeks following my first appointment, I felt an incredible difference. My jaw was no longer sore and the headaches were both less severe and less frequent. However, I was still getting the headaches, and they actually felt like they had moved in towards the center of my forehead. So, this time when I went back, she injected a little more in my jaw and also some additional units into my temporalis muscles as well.

And, let me tell you, it’s been a month and my life has never been better. I mean, that’s an exaggeration, but my overall well-being has definitely improved. Now when life’s daily annoyances happen, like spilling my coffee on my shirt, I’m just dealing with that issue. It’s not that on top of having a sore jaw AND a headache AND feeling nauseous. Additionally, it’s only been just over a month since I got the procedure done, and I can already tell my face looks slimmer and less square. And, it’s not just a placebo effect; friends have even commented on it. Most people have actually asked me if I’ve lost weight, which is crazy because I haven’t. Like, not even a pound, lol. But, it’s further testament to how square and swollen my face had looked prior, and the positive effects this procedure has had on, not only my well being, but also my appearance.

Just like when you’re getting Botox for solely aesthetic reasons, the procedure needs to be repeated every few months because the Botox does wear off. Overtime, as my jaw muscles continue to stay relaxed, the muscles will continually become slimmer and less bulky, until my face pretty much resumes to its normal natural shape. At the end of the day, I would hands down say this procedure was a win-win. Not only do I feel better, I look better as well, and feel more myself, and couldn’t recommend the procedure enough. And, if you guys have any additional questions, please feel free to ask in the comments section below!

Shannon McCormick (previously under the alias of 'Betch Dressed') is a self-proclaimed fashion expert with a sick obsession for Vanderpump Rules. She primarily writes about everything fashion, but also dabbles in other areas because she's a talented overachieving Virgo. Follow her on Insta (@shanmccormick) and comment/DM topics you want to hear her sassy (but like, supes knowledgeable) opinions on next!