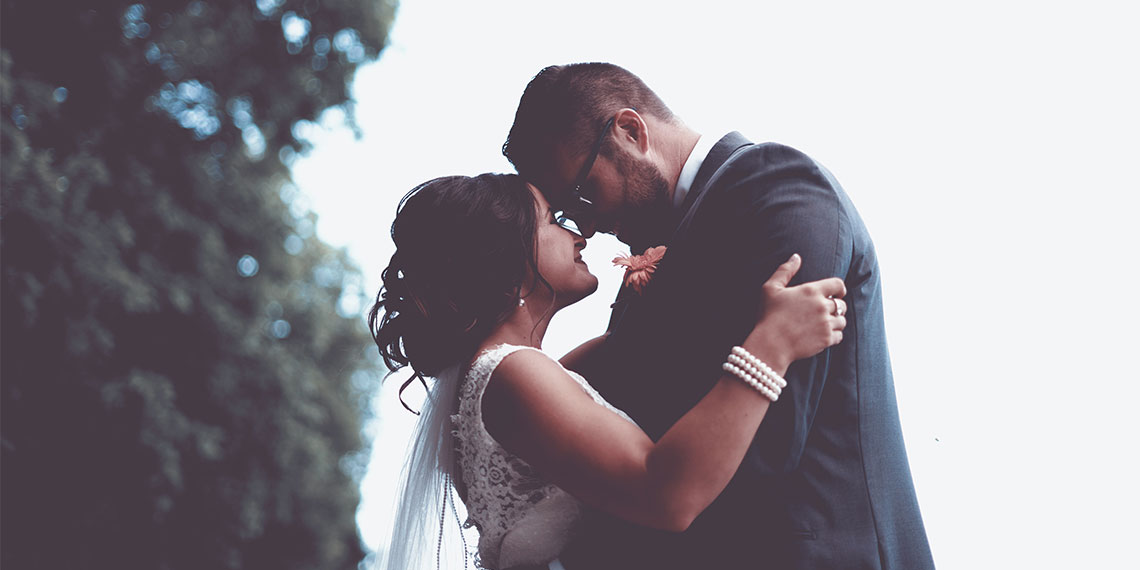 As someone who’s written about weddings for the last several years, and attended/been in more than a handful, I thought when it came time for my own I would have this planning thing down. I used to say that when I got married I wouldn’t get stressed out about dumb sh*t (lol) and I would do what I want without other people’s opinions influencing me (ha!). So when I got engaged this past June and started planning my wedding for next September, I was just as surprised as anybody that I totally did not have this planning thing down. After going through the first six months of planning, my new M.O. on weddings has become, “Don’t judge a bride until you walk a mile in her wedding shoes,” and damn, those shoes are hard AF to walk in.

Below are nine things I thought about weddings that flew out the window when I started planning my own.

1. I Won’t Worry About The Little Things

Boy, was I wrong on this one. In fact, the little things are ALL I worry about. I constantly run through all the wedding signage we’ll need in my mind and whether it matters if the fonts on the table numbers match the font on the bar sign. I worry about trying every appetizer during cocktail hour or that I’ll be in the bathroom when the band plays “Sweet Caroline.” I never worry that our caterer won’t show up or that the band will suck. Why would I worry about major issues like that when I can stress about how the welcome table will be laid out?

2. My Wedding Won’t Cost That Much

Them: What’s the craziest thing you’ve done while planning your wedding? Me: I agreed to pay the band $200 extra to have someone play a 2 minute sax solo during the ceremony

I’d like to think I’m pretty well-versed in how much different vendors cost, so I have no idea what the hell I was thinking when I said this. Especially since we’re having a tented reception in my grandma’s backyard, and that sh*t ain’t cheap. Every time I see a new bill come in, my heart stops beating for a split second and I honestly wonder how big of a problem it would be if I served McDonald’s instead of beef tenderloin and just made a Spotify playlist for the reception.

3. I’ll Never Compare My Wedding To Someone Else’s

I have so much respect for the brides that sign up for Four Weddings. I truly can’t imagine willingly subjecting myself to having my wedding scrutinized by three strangers—I’m critical enough on my own. It’s hard not to compare yourself to other people in general, especially when so many friends are getting married around the same time. I find myself thinking about what I’d do differently or the same whenever I attend another wedding, which is actually kind of annoying because I’d like to be able to get drunk and enjoy myself. Plus, I sure as hell don’t want people to be doing that at mine.

4. There’s No Point In Stressing About The Weather Since You Can’t Control It

HA! This is actually laughable and I’m not even sure I ever really believed it. This is, without a doubt, the number-one thing I spend the majority of my time thinking about. There is honestly nothing in the world more terrifying than the idea that it might actually rain on my wedding day. The closest I ever get to a serious mental breakdown is when I spend more than 30 seconds thinking about a monsoon beginning as soon as I walk down the aisle.

5. This Whole Planning Thing Is Going To Bring My Mom And I So Much Closer

I will admit, my mom and I haven’t really fought about wedding planning, which I know is rare/weird (I’m sorry if that makes you want to punch me in the face). But it’s definitely not bringing us closer. At the very beginning when we were trying to sort out all the vendors, my mom and I would text and talk on the phone multiple times a day, which was a lot, and it felt like I was engaged to my mom instead of my fiancé. She definitely triggers me with some of  her ridiculous suggestions (like having guests move their own ceremony chairs to the reception tent), but overall the ride hasn’t been too bumpy so far (knock on wood—we’ve still got nine, months to go).

6. I’ll Get My Way On Everything

I know this sounds like a ridiculous thing to think, but when I was wedding planning in my mind, nobody was there telling me I couldn’t have our family labradoodle walk down the aisle (I’m still not 100% convinced that won’t be happening), so I never foresaw any issues. I didn’t think my photo booth idea would get shut down by my fiancé or that my idea for a limo bus instead of going to our cocktail hour would be considered a waste of money. I’ve only recently come to the conclusion that I don’t NEED everything on my wish list. I know, I’m so mature.

Pretty sure my wedding vows said "in sickness and in health" but nothing about dealing with in-laws over Thanksgiving, yet here I am

It would be so cool if there was an etiquette rule that said, “If you haven’t spoken to your great aunt in two years, she doesn’t need to be invited”, so I could just point to it and that would be that. Unfortunately, no such thing exists and people are left to their own judgment when deciding who to invite. Making the guest list was like a balancing act. From trying to keep it under a certain number, to accommodating my future in-laws’ list, while also keeping my mom from inviting everyone she’s ever met, it was one of the hardest parts so far and I’m very thankful it’s over. If you’re going through it now, my best advice is to pick your battles. If you don’t win this one, you’ll win the next. Why does planning a wedding sound like being at war?

8. I Don’t Understand Why Someone Would Want To Elope

Because of all the reasons I just listed and 10,000 more, I truly believe that people who elope are geniuses and we should all be more like them.

9. Are Post-Wedding Blues A Real Thing?

Me: I’m just going to have a simple wedding.
Also me: pic.twitter.com/bubmgscPmk

Absolutely, yes. My mom told me she sobbed on her wedding night because it was over. I’ve heard from all my married friends that they miss being engaged and wedding planning, so I’m trying my best to soak it all in, despite the challenges that come with it. I’m not looking forward to the day after my wedding when I realize it’s all over. Who knows, maybe I’ll end up crying in the back of a limo like a contestant on The Bachelor who’s just been kicked off. Sorry in advance to my soon-to-be husband, but hey, we said in sickness and in health right?

To all the brides I’ve judged before, I’m sorry. there’s a lot I thought I knew about weddings, but just like anything else, you don’t really know until you experience it for yourself. I’m walking a mile in all of your wedding shoes and wondering how the heck you did it. Cheers to you!