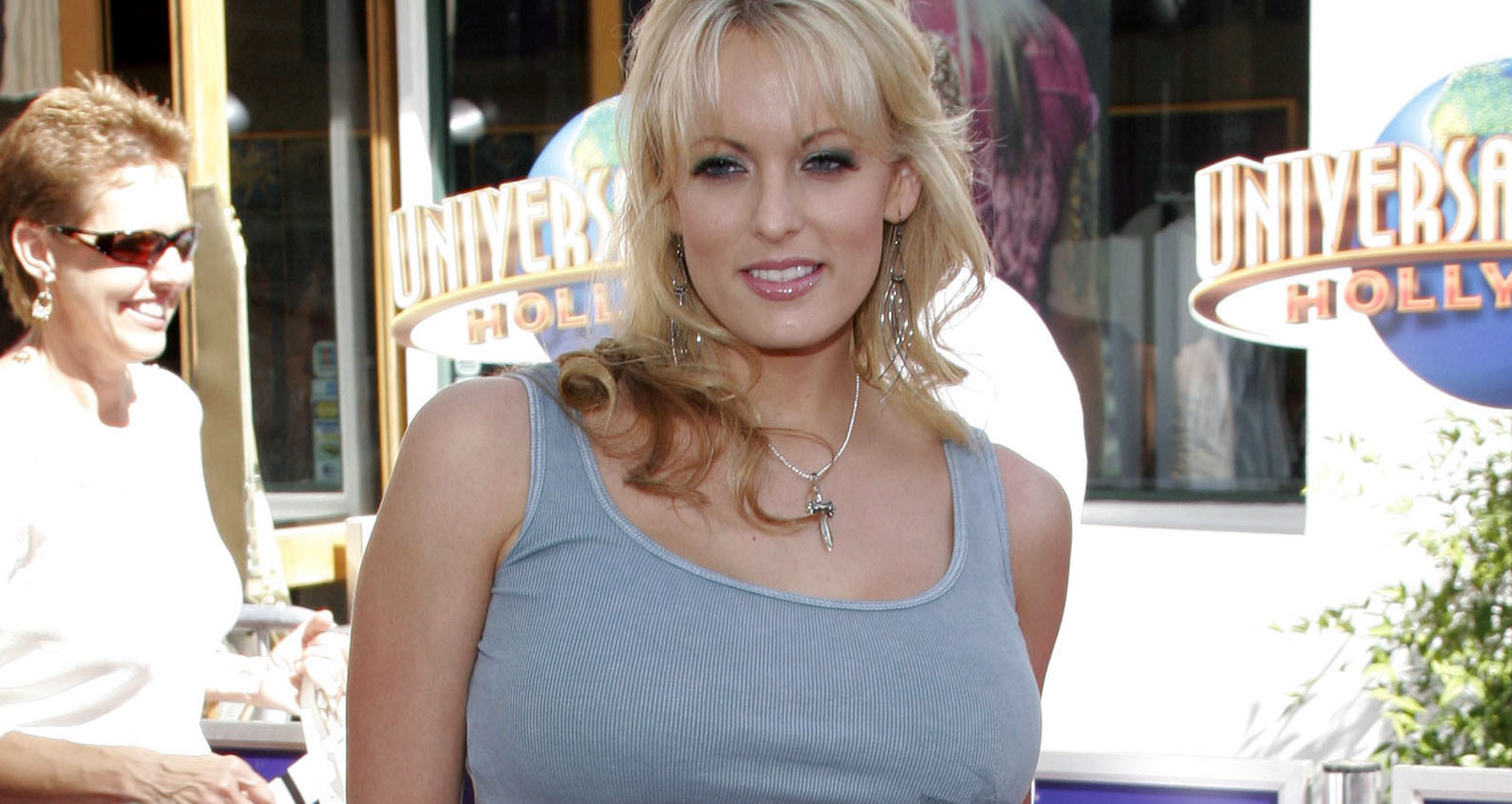 8 Pieces Of TMI From The New Stormy Daniels Book

8. Stormy Wishes We Were Talking About Hotter People She’s Fucked

“Of all the people who I had sex with, why couldn’t the world obsess over one of the hot ones?” She asks early on. Because I want to thank Stormy for her public service, I will include that she really wants us to know she’s fucked hotter dudes than Trump, which, fair.

Now that I’ve been so nice, I’m gonna have to put you on blast for this one, Stormy. This was honestly more shocking to read than the graphic descriptions of Trump’s dick (just wait). Because she apparently “couldn’t choose” between Hillary and Donald, Stormy sat out the 2016 general election. Somehow, the most qualified candidate ever to run for President just did not appeal to Stormy more than a racist misogynist idiot who coincidentally was the “least impressive” sexual partner Stormy’s ever had. I don’t really have much to add here, except WHY? I WANTED TO LOVE YOU STORMY. Sigh. While we’re on the topic, this country is falling the fuck apart and our only slim chance of survival is flipping Congress in the midterms, so if you’re not already registered, get registered to vote here.

“There was no foreplay and it was one position. Missionary. We kissed and his hard, darting tongue pushed in and out of my mouth I thought, he’s even a terrible kisser. I lay there as he fumbled his dick into me…

I am sorry to report that it is not freakishly small. It is smaller than average… He needs to shave his balls, I thought. They were unusually hairy, hairier than the rest of him. He has some fur all over, but I remember thinking, hmmm, he’s got a lot going on down there. But his hair down there was better than what was on his head.

I hope I haven’t ruined lunch for you.

His penis is distinctive in a certain way, and I sometimes think that’s one of the reasons he initially didn’t tweet at me like he does so many women. He knew I could pick his dick out of a lineup. He knows he has an unusual penis. It has a huge mushroom head. Like a toadstool.

I lay there, annoyed that I was getting fucked by a guy with yeti pubes and a dick like the mushroom character in MarioKart and then it was over. He came on me, not in me. I’d say the sex lasted two to three minutes. It may have been the least impressive sex I’d ever had.”

5. Trump Told Stormy She Reminded Him Of Ivanka

In case you needed any more proof that Trump’s obsession with his daughter is creepy af and verging on illegal, Stormy describes him pulling up his pants immediately after letting her spank him with a magazine and saying, “I like you. You remind me of my daughter.” Let that sink in while I quickly go vom for the second time while writing this article.

This anecdote is genuinely one of the most bizarre things I’ve ever read. Stormy tells us she and Trump watched an incredibly horrifying sounding documentary called Ocean of Fear: The Worst Shark Attack Ever in which hundreds of soldiers on a sinking submarine are eaten by sharks. Because watching young men slowly and violently die for two hours apparently turns Trump on, he then tried to have sex with Stormy, who avoided it by saying she was on her period. Yes, Stormy just told us the President does not have sex with women on their period by first spending multiple pages describing a shark week documentary. This is literature in 2018.

Stormy claims that after reading a raft of conspiracy theories about the deep state, she thought that if she stayed silent, Republican operatives would murder her to ensure she never spoke about her tryst with Trump, while if she came forward with her truth the Republicans couldn’t murder her because their motive would be too obvious. On the one hand, this logic is completely insane. On the other hand, I watched the Kavanaugh hearings and wouldn’t put it past Lindsay Graham to murder any woman in cold blood with his bare hands. I’m gonna give this one to Stormy.

2. Stormy Had An Extremely Heavy Flow The Day Of Michael Cohen’s Hearing

If you haven’t noticed yet, Stormy loves talking about her period. Apparently, the day of Michael Cohen’s April 16th hearing, when he revealed his third client was Sean Hannity, Stormy was running late for court. She tells us, “If this wasn’t enough of a shit show, there wasn’t even time for me to go to the bathroom before getting in the car. There’s no other way to say this: I was on my period and desperately needed to change my tampon…I have to face Cohen and all I’m thinking about is is my tampon gonna hold?”

1. Michael Avenatti Really Is That Hot In Person

Stormy tell us that her assistant’s first reaction to Avenatti is “he’s really fucking hot,” and that as the book went to print, said assistant still might be trying to fuck him. Stormy and Michael’s first meeting basically sounds as sexually charged as Ryan and Marissa’s first interaction in the OC. I’m not convinced these two aren’t fucking. She writes,“He turned his head toward is in a classic leading man move, but he did a double take. Neither of us expected the other to look so good. We had, as they say, a moment.”

In conclusion, you only really need to start at chapter 3 if you are reading this book for the Trump dirt. In contrast, if you are reading it in a desperate attempt to do something lighthearted to distract you from our country’s descent into Gilead, I recommend a drinking game involving taking a shot every time Stormy mentions her boob size or proclaims her love of truth. You’ll be more blackout than Brett Kavanaugh in 1982 in no time!