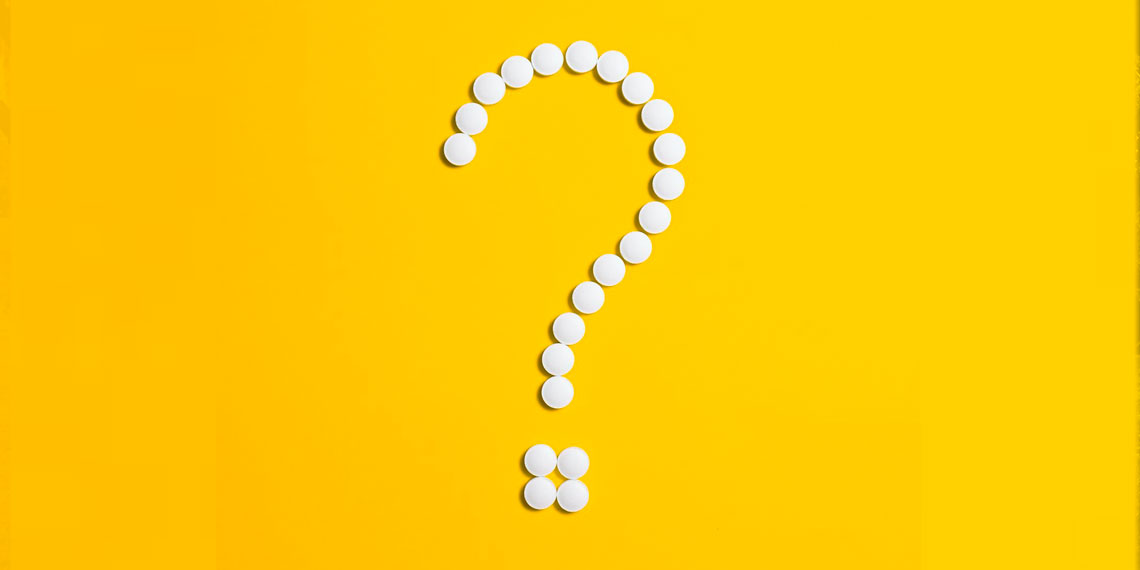 Back in my late teens and early twenties (f*ck, I’m so old), I tried four different birth control pills. No matter which pill I was on, I kept feeling like a raging bitch with zero control of my emotions, getting killer headaches, and gaining a bunch of weight from being super bloated all the time. The pill definitely helped to manage my ovarian cysts and keep me from getting pregnant, which is great, but I don’t plan on going back on it ever again because of how negatively it impacted my mental and physical health.

So WTF do I do now to not get pregnant and die? Nothing! JK. I’ve been using a combination of condoms and the calendar method via a fertility tracking app (shout out, Clue), which works well, as long as you know when you are and aren’t ovulating. Although my flow is heavier without hormonal birth control, I feel my (painful) ovulation, my cramps feel like a baby monster is crawling its way through my reproductive system, and my cysts are pretty bothersome every month now, I’ve felt SO much better, in control of my feelings, and like myself again. 10/10 would recommend ditching the pill and doing the same (health permitting, of course).

Don’t get me wrong. Just because hormonal birth control pills didn’t work well for me doesn’t mean they aren’t going to work for you. They’re a super popular BC method for a reason. When you actually remember to take them (endless thanks to phone alarms), birth control pills with estrogen and progesterone, or just progesterone, can help suppress ovulation, regulate abnormal cycles, reduce acne, decrease heavy flows, and manage ovarian cysts from PCOS. They’re easy to take and can also be pretty cheap depending on your insurance, which is why it’s traditionally the go-to BC method. “For young women who aren’t ready to have a child and would like to decrease the risk of having certain types of cancers, prevent unwanted pregnancies, the use of birth control pills is probably the best option. When ready for pregnancy, pills can be stopped and pregnancy can be attempted without any delays,” says Aykut Bayrak, MD, fertility specialist and founder and Medical Director of LA IVF, a group of fertility clinics in Southern California.

HOWEVER, there *might* be some ugly side effects if this is your main method, which I experienced first-hand for a few years. Let’s just jump right into the worst of it. According to Kecia Gaither, MD, MPH, FACOG, double board-certified in OB/GYN and Maternal Fetal Medicine, Director of Perinatal Services at NYC Health + Hospitals/Lincoln, using oral contraceptive pills (OCPs) long-term may increase risk of breast or cervical cancer (but decrease risk of uterine, ovarian, and colorectal cancer!) and may increase liver tumor formation (which is rare). Greattttt. On another note, Bayrak says the short-term cons may include headaches, irregular bleeding, bloating, spotting in the first few months, irritability, mood swings, and increased risk of clotting. “Most side effects tend to decrease or disappear after a few months or can be managed by trying different brands that can typically have a different dose and combination of hormones,” he adds.

Don’t wanna be pregnant for a while? Don’t mind undergoing a quick procedure? Gaither says that an IUD can last about 10 whole years. “An intrauterine device (IUD) is a highly effective, non-hormonal method where a T-shaped small device is placed inside the uterus which prevents pregnancy at a rate of 99%,” adds Bayrak. He notes that it can cause cramping and some irregular bleeding on the short run, but it’s generally well-tolerated in the long run. TBH, I’ve heard both horror stories and happy endings from friends who’ve had IUDs, so beware of the pros and cons before getting one. And, to be clear, there are IUDs that use hormones, so I’m specifically talking about the copper one here.

Suck it TF up. Condoms are a great alternative to taking that damn pill every day. “Condoms are recommended for all women who do not have a steady partner to avoid pregnancy and sexually transmitted diseases,” says Bayrak, adding to keep in mind that they must be used from the BEGINNING of intercourse until AFTER ejaculation occurs to avoid pregnancy and STD exposure. (Meaning, no, f*ckboys everywhere, you can’t just use it for the first few strokes and call it effective.) Condoms are highly effective (98%!) when used properly. Just always check for holes, tears, or package defects before using.

The only time I’ve ever seen a diaphragm was in 8th grade health class. Like, I’ve never known anyone under the age of 50 cop to using one. But apparently they’re super effective, so joke’s on us. “Diaphragm is a highly effective barrier contraceptive method when used properly, but not so much popular any longer due to difficulty of use and placement,” says Bayrak. On that note, they’re user-dependent so their effectiveness ranges from 80-95%. Gaither clocks in the average effectivity rate at 94%, though. Plus, I saw a tip once (not a d*ck joke) where you can cut a condom to create a diaphragm at any time, so this might be a good idea… just saying.

If you already have kids and don’t want any more, or if you know for certain that you will never ever want kids, there’s a permanent birth control method for that. “Tying of the tubes (tubal ligation) or interruption of the male tubes called vasectomy are highly effective methods,” says Bayrak. 99% effective, to be exact. Remember, this is a PERMANENT option so there’s no going back after you do it. But if you’re absolutely sure kids are not in the cards for you, it’s an option.

According to Gaither, other non-hormonal contraceptive options include cervical cap + spermicide (failure rate 14-29%), spermicides (failure rate about 25-28%), sponges (80-91% effective), and family planning (75-88% effective). Just remember that certain methods (like calendars and IUDs) don’t protect against STIs, so be careful and always use the right forms of protection where necessary. And as with any type of BC option, she reminds that “it’s best to consult with your health provider as some pre-existing conditions may preclude the administration of certain types of contraceptives.” May the healthiest odds of preventing pregnancy be ever in your favor.